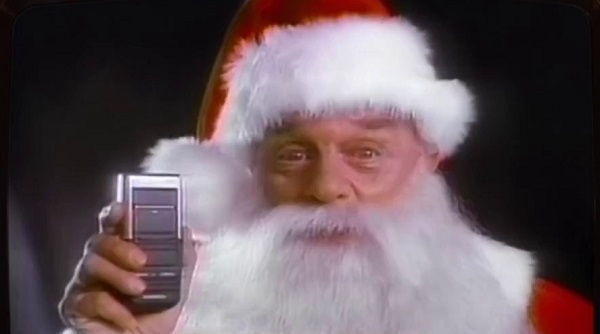 If Colin Kaepernick wins his suit, it won’t be the first jerk move by NFL owners.

Signing bad players for too much money is a measly achievement that any NFL owner can do. These team heads went above and beyond the call of duty for “dick-headed rich folks” and found ways to be even more despicable than societal expectations.

In 1987, energy magnate Bud Adams threatened to move his Houston Oilers to Jacksonville, Florida. Houston showed their love for the franchise by putting in a $67 million renovation. The team showed their love for the city by making the playoffs each of the next six straight seasons. This wasn’t enough to satiate Adams: He wanted a seat at a Super Bowl, and damn if the multi-millionaire was going to pay for it, himself. Adams accused the high-achieving team of underachieving, promising to have a “fire” sale if the team did not make it the 1983 Super Bowl.

This stirred a fire inside the Oilers. They truly played that season as if it could be their last, finishing with a 12-4 record, their best ever. However, after a narrow loss to the Chiefs in the first round, Bud Adams was determined to punish his Oilers, and alienate the fan base so much they wouldn’t mind him moving the team. Adams sold off critical parts of Houston’s squad, in some cases settling for less than a single woman who just turned 30. The plan worked: The Houston Oilers moved Tennessee in 1997, and “rewarded” Adams with a Super Bowl appearance in 1999, because we live in a world where justice is about as prevalent as wealthy white men with perspective.

Instrumental in bringing a team to the city of Tampa Bay, Bill Marcum worked tirelessly to get the newly-born franchise on its feet. Marketing a team that started 0-26 falls right into “Cosmopolitan Yogurt” area of difficulty, which meant marketing director Marcum had his work cut out for him. However, his willingness to put in the extra hours made the Bucs one of the highest grossing teams in the NFL, despite their atrocious record.

Part of Marcum’s job was to promote the preseason games, as getting a fan base hyped for a likely losing season took a special talent. One thing Marcum advocated for was keeping preseason ticket prices low, as both a “thank you” to the fans and a way to acquire new Bucs aficionados.

Hugh Culverhouse owned the team. He differed from Marcum in that he saw the franchise as a business opportunity first, and a community institution not-at-allth. As such, Culverhouse insisted they get more profit from the preseason slate, going as far as to personally set the ticket prices himself¹. Marcum argued that fans would be incensed at paying $12 dollars to see a meaningless game.

Culverhouse pushed forward with the higher ticket prices. Fan backlash was intense, and Culverhouse soon found himself in a full-fledged public relations nightmare. His response? Blame Marcum and fire him, despite the fact that Marcum was one of the biggest opponents of the deal. You know what they say, “NFL owners don’t get ahead in business by making friends. Nor by showing any respect to your current friends. Nor by accepting blame for literally anything you have ever done.”

Victor Kiam Doubles Down on Sexism

On September 17th, 1990, Lisa Olson was working as a locker room reporter in the male-overrun NFL media industry. While trying to do her job, she was accosted by three naked players who made lewd comments and gestures.

Looking back, this condemnable incident actually did a lot for women looking to break into the football writing industry. The NFL investigated, said “yep, this was inappropriate,” and fined the players. The next few years saw a marked increase by NFL owners to create a comfortable locker room environment for reporters of both genders.

What this incident did not do a lot for was the portrayal of owner Victor Kiam as anything but a degenerate sexist. Kiam blindly supported his players, his exact words were, “I can’t disagree with the players’ actions,” proposing that the newspaper Olson wrote for was “asking for trouble” by sending her on this assignment. He went so far as to fabricate a story that she had followed a player into the shower, a claim he later retracted.

In other words, he thought the bitch deserved it. In fact, his opinion that she was a bitch is something both Kiam and his detractors can agree upon, as it was the focus point of a particularly hilarious failure at responding to media backlash. When accusations surfaced that Kiam had referred to Olson as a “classic bitch,” Kiam adamantly argued that he had called her a “classy bitch.”

Not content with this damage to the reputation of the entire NFL, Kiam continued making gaffes that forced him to walk it backward more than a fat man who split his pants at a nun convention (they have conventions, right?) His card-carrying status as a garbage person and one of the most despised NFL owners surfaced a few weeks later, when he made a bad joke at a men-only event, “what do the Iraqis have in common with Lisa Olson? They’ve both seen Patriot missiles up close.” Kiam’s team was eventually given a $50,000 fine, and thankfully could not stop society from firing missiles of civil rights progress down his throat.

The mere mention of The Move will cause most longtime Browns fans to pelt you with everything they own (except their coveted anti-depressant medications). Up until the mid-1990s, Browns fans had complete trust in owner Art Modell’s promise to never move the Browns. One of the most outspoken NFL owners, Modell had publicly criticized the Baltimore Colts moving to Indianapolis and even testified against Al Davis when he tried to move the Raiders.

However, things were looking dire for Modell, financially, based on a ridiculous decision to not share stadium revenue with the Cleveland Indians. When the Indians moved out, the profit margin collapsed, causing Modell tens of millions of dollars in lost income. Modell immediately launched plans to move the team, settling on a Baltimore move which soon yielded a Super Bowl title. Whether or not this caused Browns fans to become the angry, angst-ridden bunch they are today is debatable. However, what is certain is that if you piss off a Cleveland fan enough, they will piss on your grave.

Mike Brown Sues over Nothing

In 1995, Bengals owner Mike Brown had decided he wanted to get in on the team relocation trend that had seized the NFL, or at least get a new stadium. But, it wasn’t legal for him to simply breach his contract and leave, and the city of Cincinnati had no incentive to spend bushels of cash on a new building for football games. What Brown needed was a financial hostage situation. Soon, he found a very flimsy one to exploit: Cincinnati was one week late in paying concession receipts. Brown immediately filed suit for breach of contract, which would allow him to move the team.

The city of Cincinnati, home to such other quality sports franchises as… I guess the Reds, realized how critical the Bengals were to the citizens. As such, they approved a plan to increase taxes and build a new stadium. Brown claimed that the stadium would be a good investment for the city, as it would inspire the Bengals to become more competitive.

Four years later, the Bengals sued for the right to manage the stadium, taking shady play by NFL owners to a new level.

For the suit, Brown cited financial distress. However, a lawsuit filed against him claims that he made that all up, as it didn’t match with public records of team earnings. Critics have called the stadium deal “lopsided,” and have called into question the ethics of the people who made the deal happen on the part of the city. Hard to believe such unethical behavior could fester in the same city that elected Jerry Springer as its mayor.

In 2003, Lions CEO Matt Millen stopped by the Chiefs’ locker room following their 45-17 win over Millen’s Detroit Lions. That in itself seems like a weird, out-of-touch thing to do, but Millen asserted it was to “congratulate” the team that had just socked his cash cow in the mouth.

While entering the locker room, Millen brushed shoulders with former Lions wideout Johnny Morton. Morton had bad blood with the coach, who had recently been fined $200,000 for not interviewing any minorities for the Lions head coaching position. The pair exchanged words, with Millen’s exchange currency leaning heavily on the word “faggot.” Millen dropped the homophobic slur on Morton twice, an unwise thing to do in front of reporters. Then, showing the reticence of a young child, Millen had a joke of a press conference in which he said, “I apologize if I offended anyone.”

Fortunately, Fate decided to do its damned job for once and bit Millen in the cheeks. Needless to say, his actions did not please NFL owners. Following a notorious 0-16 season, Millen was relieved of all duties for the Lions. He went on to a mediocre life with no real success… Oh no wait, proving we still live in the mirror version of a fair universe, Millen was given a broadcasting job at ESPN, where he would continue to drop phrases that suspiciously sound like highly offensive slurs with no real repercussions.

For more articles criticizing things like NFL owners, check out these links:

The Five Most Absurd Week 10 Mistakes