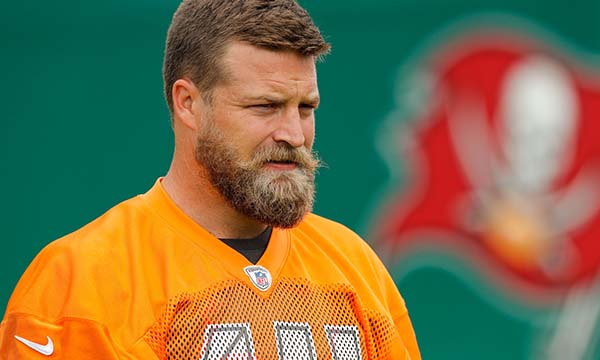 I don’t really have much to add to Jeff’s comments about Carr, because his analysis is spot on.  New England has not improved that much on defense, despite a good stretch.  To date, they are giving up the 3rd most fantasy points to quarterbacks in standard scoring leagues.  Betting against New England’s defense is just a smart play.

But if you don’t have the opportunity to start Derek Carr, there is still hope in the form of Ryan Fitzpatrick.  Right now, Ryan Fitzpatrick is only owned in 9% of fantasy football leagues.  So if you are struggling at quarterback options this week, you should definitely start Ryan Fitzpatrick.

Last week, Fitzpatrick disappointed people who were hoping he would take advantage of the New York Jets.  He only threw for 187 yards, 1 touchdown and 1 interception.  But this week, he has a solid matchup against the Miami Dolphins.  This season, the Miami Dolphins have given up the 13th most fantasy points to quarterbacks.

In and of itself, that is not that impressive a stat, until you look at the quarterbacks who they faced.  They have only faced one top ten fantasy quarterback in Cam Newton and he destroyed them for 4 touchdowns.  They are giving up a lot of points to average to mediocre quarterbacks, so this is Ryan Fitzpatrick’s time to shine.

Miami has been underachieving all year, and their offensive struggles are starting to impact how their defense performs.  I just don’t think they will match up well against the offensive arsenal that Tampa Bay will have on display.  Between Mike Evans, DeSean Jackson, Cameron Brate and O.J. Howard, there are going to be a lot of mismatches for Fitzpatrick to exploit.

While I think Derek Carr is one of the best start options for this week, he might not be available in all leagues.  If you are desperately searching for a quarterback to fill in for the bye week, your best option this week may be to start Ryan Fitzpatrick.

One Comment on “Fantasy Football Counterpoint: Should You Start Ryan Fitzpatrick over Derek Carr?”