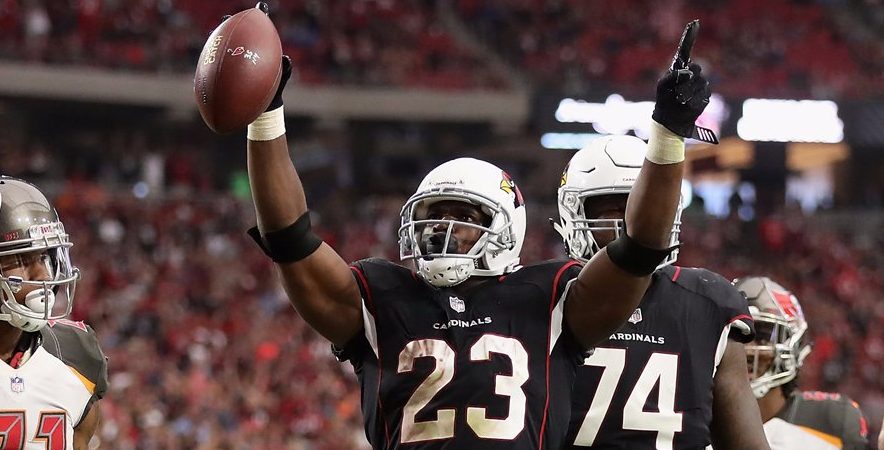 Week six has come and gone and if you started any of these running backs this week, you probably thought we were still in the year of our Lord, 2015.  So let us sit back and remember the glory days of these week six running backs.  Who knows, maybe time really is a circle and old running backs are the newest trend?  I hope so, because I still have a closet full of cargo shorts.

Adrian Peterson must have read my Trade Talk Thursday article last week.  I made a point of stating, where I said called the Arizona Cardinals offense the best offensive unit of 2012.  In week six, 2017 was the new 2012 and Adrian Peterson looked as good as he has looked in years.  Rushing 26 times for 134 yards and 2 touchdowns, football fans were reminded that AD is an all-time great.

Mark Ingram got off to a slow start this season, but he celebrated the Adrian Peterson trade by balling out.  Rushing 25 times for 114 yards and 2 touchdowns and catching another 5 passes for 36 yards, Mark Ingram had one of the best overall performances in week five.  With AD in Arizona, it looks like Ingram could be in a position to see a very nice workload for the remainder of the season.

The New Orleans Saints Defense is bringing up some troubling concerns.  They destroyed the Detroit Lions in week six with 5 sacks, 5 turnovers, and 3 defensive touchdowns.  And while it was the best defensive performance of the week, it doesn’t appear to be a one-off performance.  To date, the Saints are ranked 7th in scoring defense, 4th in turnover ratio and 7th in sacks.  I’m not sure I am ready to live in a world where the New Orleans Saints are good at defense.