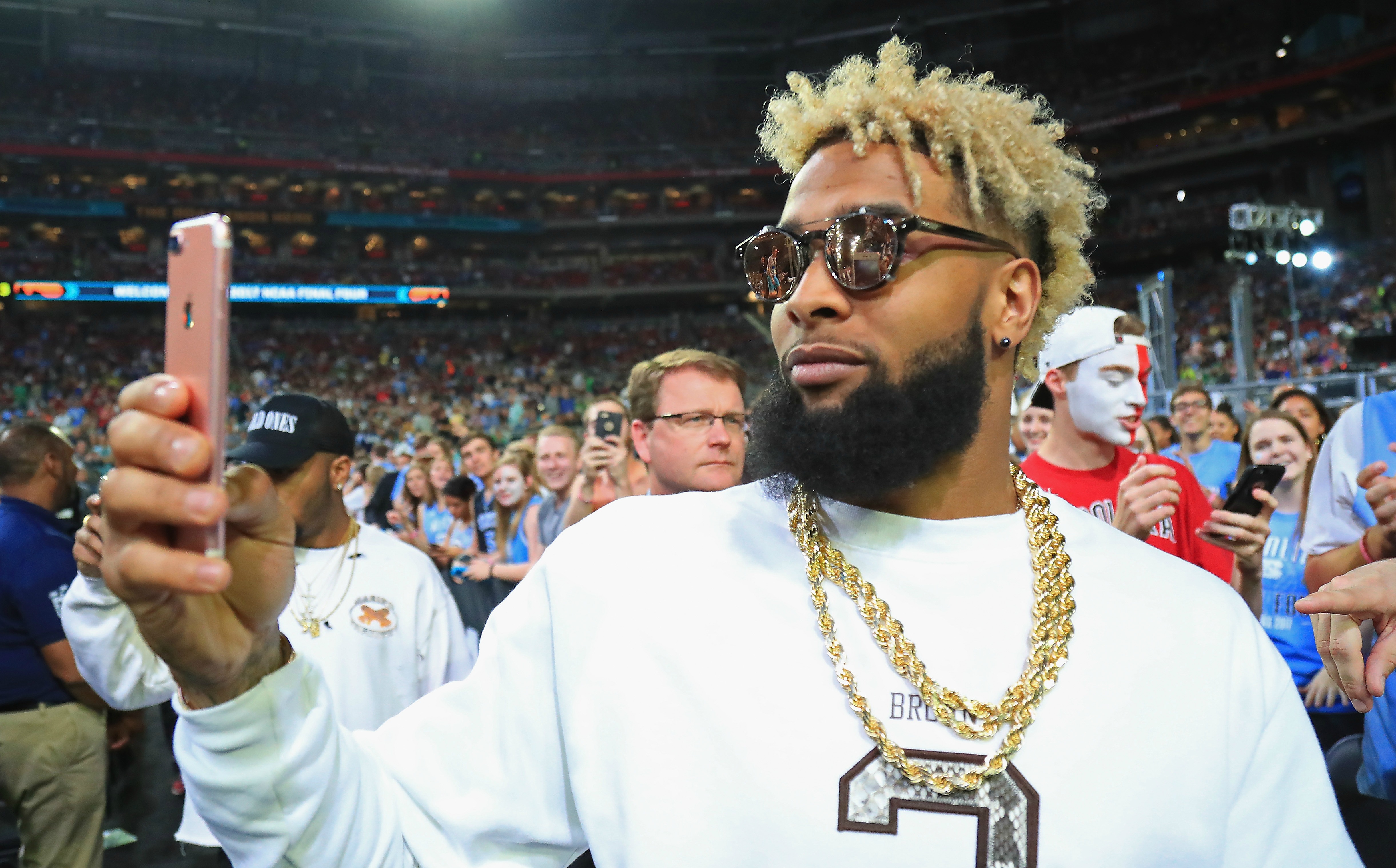 We are five weeks into the fantasy football season, or as some men call it, the crucible.  Some teams are forged into hardened steel.  Other teams have found their line-ups to be as brittle as the ankle of Odell Beckham Jr.  Just because your line-up is strong, doesn’t mean it can’t get better.  And if you’re line-up looks more like a casting call for The Walking Dead, there are ways to salvage your season with some week six trade targets.

If you’ve read up on our guide to initiating fantasy football trades, you should be ready to go.  If you haven’t read it, I can only assume you are illiterate, so I will show pretty pictures for you to help guide you through the disaster that is your fantasy football roster.

Rather than tell you what players to target, we are going to go through the major events of week five and figure out how to turn someone else’s disaster into your week six fantasy football trade target opportunity.  But most important of all, your assessments might not be the same as mine, so be sure to adapt these strategies according to your own evaluations.

And then there were no more Giants

Review: Week five of the NFL schedule added injury to more injury to the New York Giants receiving corp.  By the end of their game against the chargers, they were only able to field extras from Dancing With The Stars.  Both Brandon Marshall and Odell Beckham Jr. had season-ending injuries and the long-term fantasy impact is one that can be exploited.

Fantasy Impact:  The impact on the New York Giants is going to be interesting.  Right now, the only viable offensive players on the Giants are Sterling Shepard and Evan Engram.  But let’s be honest, how viable are these two players on an offense that ranked 28th in the NFL in points per game scored and 19th in the NFL in yards per game.  Losing their best offensive player is only going to make it easier for defenses to limit their already pathetic production.

Strategy: First, you need to determine how to value Sterling Shepard and Evan Engram.  Personally, I think this offense will be a disaster and want nothing to do with either of them.  Losing ODB isn’t going to make things easier for Shepard and he still has a bad ankle to boot.

Next, there is the Odell Beckham Jr. owner.  That guy just watched his first round pick and his fantasy team die a noble death on the field of battle.  Unless he absolutely crushed his draft, he has a major hole at wide receiver.  If you have strong depth at the wide receiver position, now is the time to target a player on his roster that you like and use your depth to help him shore up his roster.

Review: We don’t normally see mid-season trades for players, but the New Orleans Saints traded Adrian Peterson to the Arizona Cardinals for a conditional 6th round pick.  This trade is going to have major impacts on the rosters of both the New Orleans Saints and Arizona Cardinals and should have interesting fantasy ramifications for both teams, so we will break these down individually.

Fantasy Impact:  Carson Palmer, Adrian Peterson and Larry Fitzgerald would have been the most devastating trio in football…. In 2012.  But this is the year of our lord, 2017, and all of these players are old, bad or both.  Adrian Peterson is, without a doubt, one of the greatest running backs to ever play the game of football.  But he has been a fantasy football afterthought for the last two years.  The idea that putting him on a Cardinals offense that is decidedly worse will somehow make him better is ridiculous.

Strategy: The name Adrian Peterson still means something to fantasy football fans.  Use that and maximize the value you will can get for him, before people realize that AD really stands for already done.  The value that is going unrecognized is Andre Ellington.  His trade value just went down, when it should be going up.  Over the last three games, Ellington is averaging 11 targets, 8 catches and 70 yards per game in the receiving game.  He is a high floor value in PPR leagues, especially since Peterson can’t catch.  With the trade of Adrian Peterson, his value is probably pretty low.  Hell, he’s probably still available on some waiver wires.  In my opinion, Ellington is the back to own in Arizona.

Fantasy Impact:  What is really interesting is that this doesn’t really change much for the New Orleans Saints.  They weren’t using Adrian Peterson.  And why would they, when they have two running backs that were already better in Mark Ingram and Alvin Kamara.  But we can be sure one, if not both, of their usages will increase because of this.

Strategy: First, you need to determine how to value Mark Ingram and Alvin Kamara.  Do you think one of them is going to take all of Peterson’s snaps, or will they be distributed evenly.  Personally, I believe this is the coming out part of Alvin Kamara.  The Saint’s traded up to get him in the draft this year.  He was the fifth running back taken in one of the deepest running back drafts of the past decade.  They didn’t trade up to get him, then trade away Adrian Peterson just to have him sit on their bench.  I think over the course of the season, we are going to see Mark Ingram lose touches to Kamara, so I would be looking to move him while he still has value.  I would also be targeting Kamara while I can, although if someone already has him on their roster, they probably like him as much as I do.