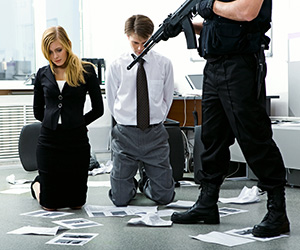 Making fantasy football trades happen can be a struggle.  If you’ve played fantasy football for an extended period of time, you’ve had a trade offer from that guy.  You know the one.  He’ll take Tom Brady off your hands, and you will get three brand new players!  Sure, those players are Mike Glennon, Robert Woods and Paul Perkins.  But that’s ok, it’s a three for one deal!  It might look like a good deal if you have glaucoma and have been smoking copious amounts of medicinal marijuana to treat yourself.  (Also, for the glaucoma)

Everyone in your league wants to trade.  We play fantasy football to pretend we are big shots with our imaginary players.  There is nothing more satisfying than pretending to fire a pixelated version of an NFL quarterback for throwing an interception that cost you a playoff berth.  Your opponents in your fantasy football league feel the exact same way! Everyone loves fantasy football trades.

So if you follow these simple guidelines, you will find making fantasy football trades that much easier.

Making trades happen is easier than you think.  Everyone wants to trade in their leagues.  If you follow the above guidelines, you will soon find yourself a master of the art of the fantasy football deal.

6 Comments on “Fantasy Football Trade: The Art Of The Deal”