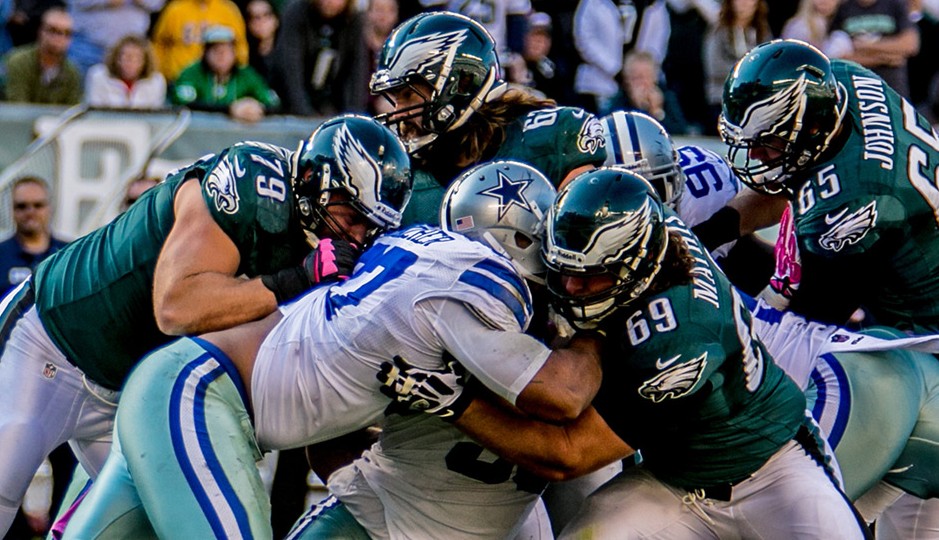 We are a quarter of the way through the 2017 NFL Season and nothing has gone as expected.  Just the way we like it.  The only thing predicable about the NFL is how unpredictable it is.  So let’s take a look at where it all went wrong for the teams with our NFC East review of the quarter point of the season.

The quarter point of the NFL season for the Philadelphia Eagles comes with a marked improvement.  Finishing last in the NFC East, the Eagles are leading their division.  With a 3-1 record and already 2-0 within the division, they have set themselves up nicely with a top ten offense and an attacking defense. The biggest surprise will be if they are able to maintain their division lead uncontested in an interesting NFC East.

Many people might be surprised that the Dallas Cowboys are not leading their division, but most experts believed they would regress from their 13-3 record from a year ago.  What is surprising is that their defense has managed to be average, which is actually quite impressive when you look at the lack of talent currently on their roster.  The biggest surprise is that they Cowboys are 23rd in time of possession, which speaks to a major drop in their offensive production.

The biggest surprise about the Washington Redskins is just how average their performance at the quarter point of the season seems to be.  They don’t seem to excel at any single category, but they also don’t seem to be terrible at anything either.  Their offensive and defensive numbers both seem to be at the middle of the pack, which is reflected in their .500 record.

The biggest surprise for the New York Giants has to be that they are the worst team in New York, despite being the only New York team that wasn’t actively trying to tank their season.  It is truly remarkable how a team with so much talent on both sides of the football can be doing so poorly.  Their defensive roster is seriously underachieving by being ranked 25th in points per game allowed.  This is despite having above average talent at all three levels.  The Giants boast one of the most exciting receiving corps in football, yet their big play potential has only left them ranked 30th in points per game scored.  From being a playoff team a year ago, to arguably the worst team in football, the New York Giants are without a doubt the biggest disappointment at the quarter point of the NFL season.