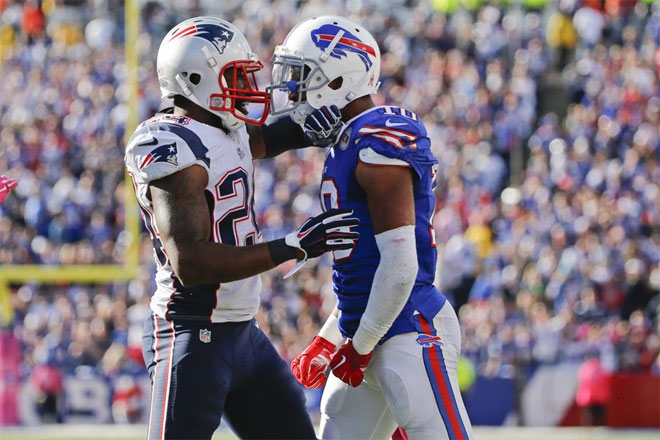 We are a quarter of the way through the 2017 NFL Season and nothing has gone as expected.  Just the way we like it.  The only thing predicable about the NFL is how unpredictable it is.  So let’s take a look at where it all went wrong for the teams with our AFC East review of the quarter point of the season.

The quarter point of the NFL season for the Buffalo Bills has definitely not gone as planned.  Who knew that trying to sell off all your valuable assets could actually lead to success in the NFL.  To the surprise of everyone, the Buffalo Bills are leading the AFC East, behind a defense that is only giving up 13.5 points per game.  If their defense continues to play the way it has been, they are going to be a formidable force in the AFC.

The quarter point of the NFL season’s biggest surprise has to be the performance of the New York Jets.  The New York Jets are an organization who has proven time and time again that they cannot do anything right.  The Jets have gone into the 2017 NFL season showing that they can take failure to a whole new level — by succeeding.  The Jets have constructed a roster designed to fail and managed to come out of it with a .500 record, ensuring that they probably miss out on a top tier quarterback prospect that they desperately need.  The good news is if the Jets really commit to tanking this year, they might make the playoffs.

The quarter point of the NFL season has been a big surprise for the New England Patriots.  For the first time in a long time, they have had to come face to face with their own inadequacies.  The rest of the NFL is absolutely loving this.  The New England Patriots are currently rostering the worst defense in football and it isn’t even close.  They are giving up almost 50 more yards per game than the next worst team.  And they are giving the second most points per game at an astonishing 32 points per game.  It turns out that  no matter how many blood sacrifices Bill Belichick makes to the Dark Lord Cthulhu, when you trade away key players like Chandler Jones and Jamie Collins to other teams, your defense is going to suffer.

The biggest surprise for the Miami Dolphins at the quarter point of the NFL season is that Jay Cutler is not the optimal choice of saving a team.  This shouldn’t come as a surprise to people who watch football, but apparently Adam Gase didn’t watch Jay Cutler play football when he was coaching him on the Bears.  The Miami Dolphins are averaging 8.3 points per game.  To put this in perspective, the Mike Glennon-led offense of the Chicago Bears is averaging 15.2 points per game and they just benched their quarterback.  On the plus side, it can’t really get much worse.