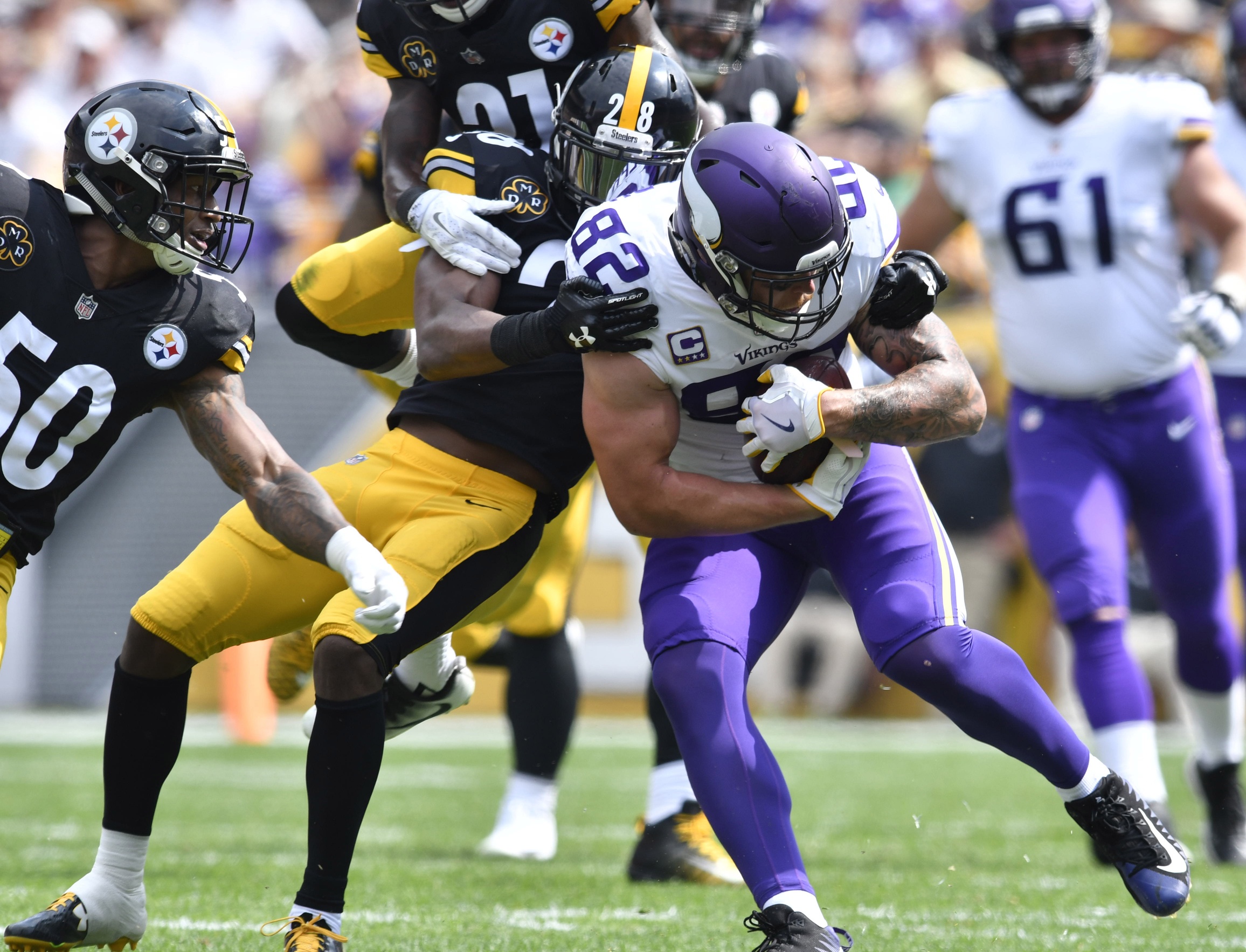 The year is 2032. While the Sino-Russian Confederacy has recovered from WWIII, the former United States exists as a post-nuclear apocalyptic wasteland of occupied territories. The area once known as New England is ruled from a walled compound. In the distance, a traveler approaches the compound. As the man gets closer, the guards stop him at the gates. They demand to know his usefulness before granting him entry. He bemoans that in his former life he was a fantasy football analyst and laments he has no physical ability or useful skills. They demand any bit of information that may be of use to them. They need to know if he will be of use or a burden. At a loss for words, he finally turns to his old mainstay. He looks to the guards and says, “I think Kyle Rudolph is in for a big year.”

Kyle Rudolph is fantasy football’s favorite annual tight end breakout candidate, and as luck would have it, he finally broke out last year. He totaled seven touchdowns on 83 receptions and amassed 840 yards, and he did it while being pretty much the only game in town. Haters will tell you that his yardage production and overall health, not per-game production, landed him as number two. Haters will tell you that the emergence of Stefon Diggs and Adam Thielen will put Rudolph in the back seat. They’ll also say Rudolph’s big year was the product of just being there instead of innate ability. Alright, fine, I am a big enough man to admit it: the haters are me.

This week the Vikings, with their renewed focus on Diggs & Thielen, take on the Detroit Lions. The Lions are in the bottom-third in fantasy points allowed to tight ends this season. Evan Engram’s touchdown keeps them from scraping the bottom of the barrel in terms of fantasy production against them. If the Vikings aren’t going to put a renewed focus on Rudolph in 2016, it’s hard to trust him for any sort of fantasy football production. Rudolph is a hard sit for me this week. He’s coasting on years of hype, not production, and the Case Keenum led Vikings don’t even look his way.