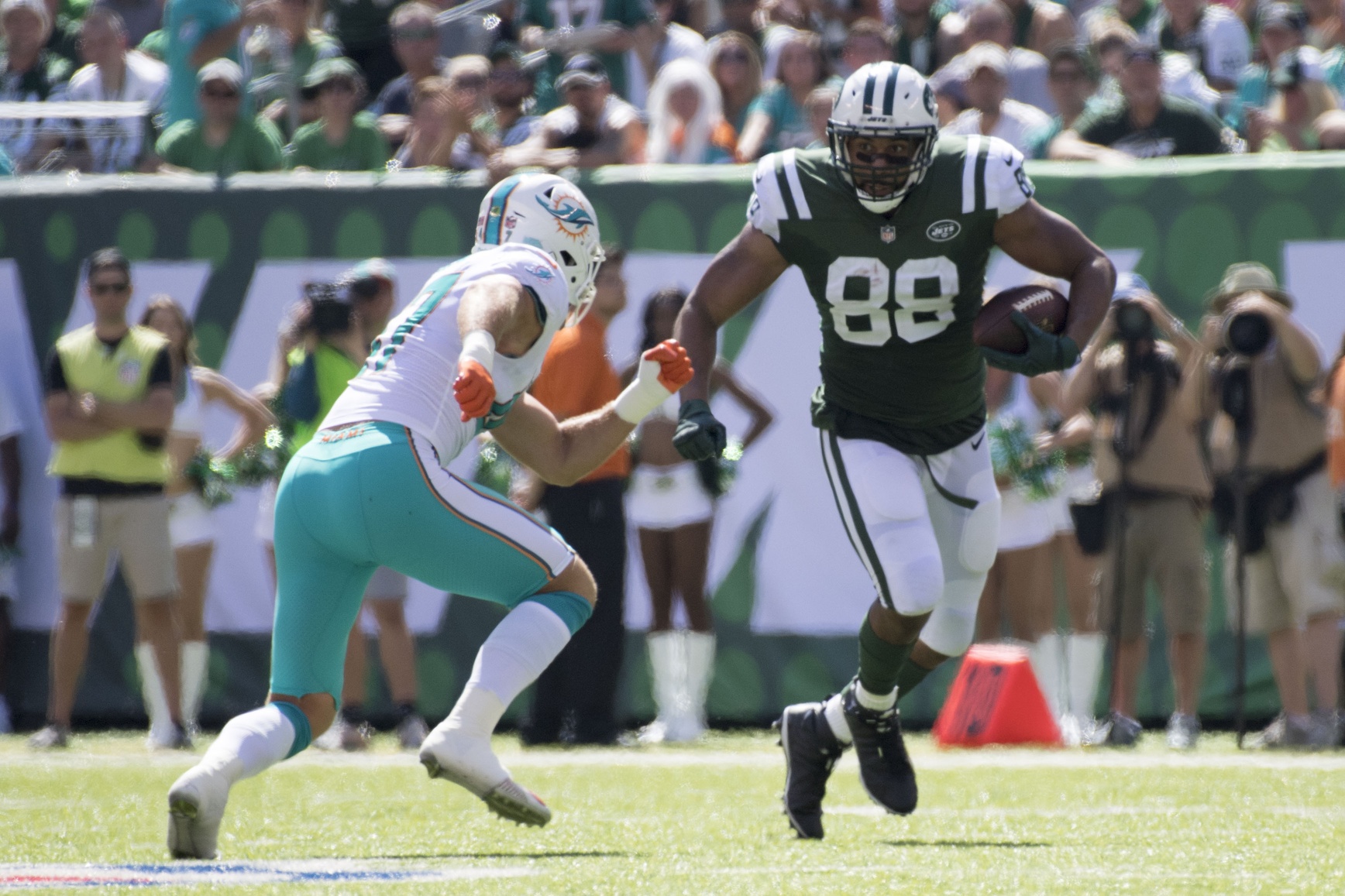 It’s okay if you aren’t up on streaming fantasy football tight ends. Not all of us are about that life. Those of us who recognize that the position outside of one or two guys a year is almost as fungible as fantasy quarterbacks. There’s a massive drop off outside the top-five, and if you don’t have one of those Five Guys, you’re looking to get tight ends In-N-Out of your lineup.  We here at Football Absurdity are all about the TE Stream Team, and we are here to help. The week three streamers article contains two wide receivers available in 50% or more of Yahoo! leagues. The third player is available in 90% or more of leagues for the exceptionally desperate. Ownership figures are as of Friday afternoon.

Jared Cook (48% owned) at Denver
Cook’s an extremely talented and athletic tight end with hands made from the finest wares Le Creuset has to offer. The Raiders are getting him easier looks and allowing his athleticism to shine through. He takes on the Broncos this week, who allow the tight ends to produce in lieu of wide receivers. He has five targets in each of his first three games this season. If he pulls that off again Sunday, it will be only the second time he’s had 5+ targets in four straight games.

Cameron Brate (47% owned) versus New York Giants
Many left Brate on the side of the road but it’s time to Make America Brate Again and put him into your starting lineup. He was a fantasy stud last year and people decided that OJ “Two Targets Per Game” Howard would usurp his role as Jameis Winston’s TE of choice. So far, OJ Howard is more like late career Ryan Howard: striking out all the time. Brate has low yardage in two games, but he has good odds of finding the end zone against a Giants team that has allowed a TE touchdown in every game so far this year, and has produced three 9+ tight end fantasy point games in that span (duh, because of the touchdowns).

Austin Seferian-Jenkins (6% owned) versus Jacksonville
ASJ received five targets in his first game back from suspension. He garnered fewer than 75 feet out of those targets, so he didn’t do much week one. His target volume isn’t the only encouraging part about his week one. He hauled in five of those targets.  Fantasy football prognosticators have spent the first three weeks of the season talking themselves into Jermaine Kearse. ASJ is the only viable receiving weapon in town for the Jets. They gave up a touchdown to Ben Watson last week. In my heart of hearts, I can say with great certainty that I think that ASJ is at least as good as Ben Watson.