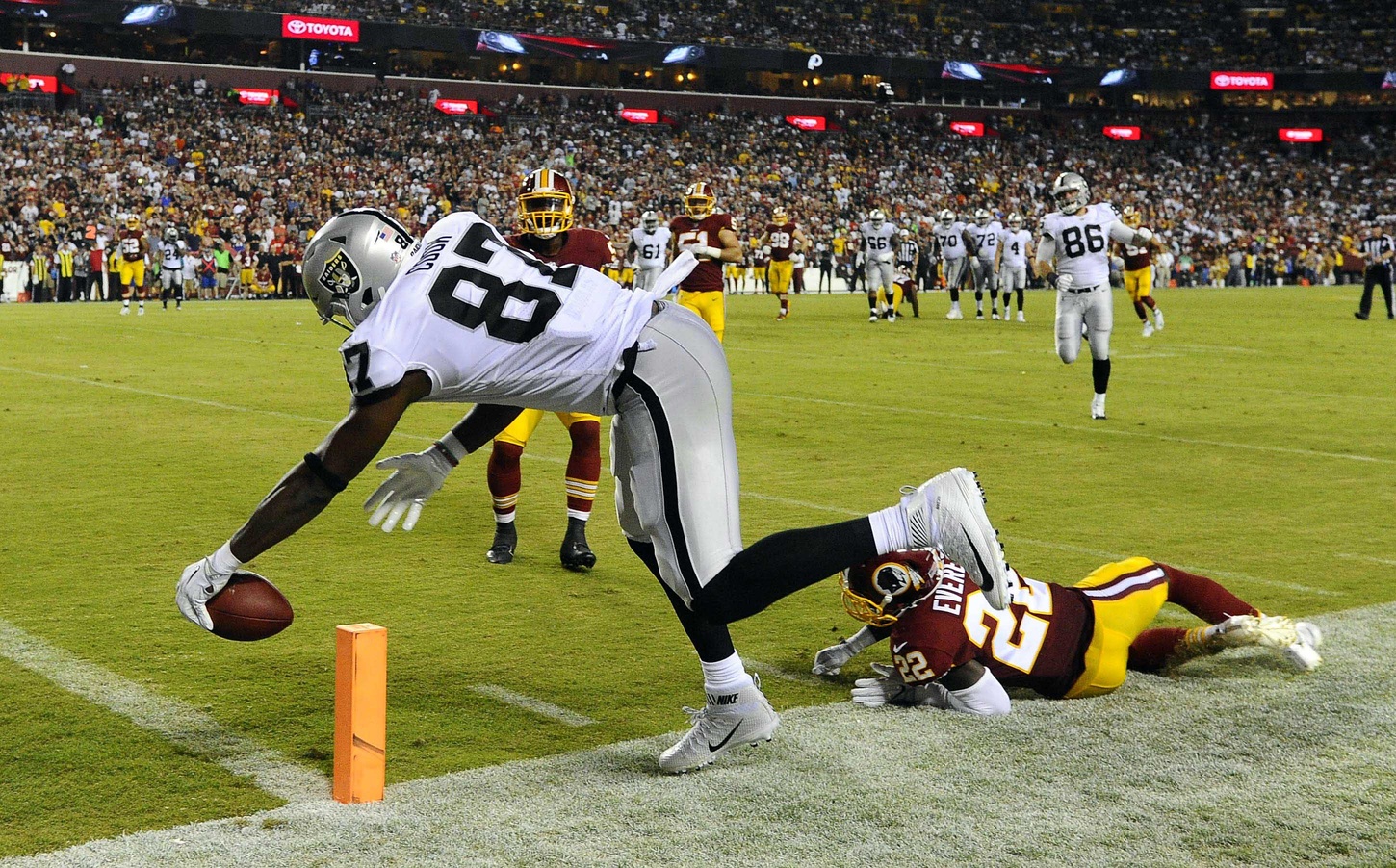 This is probably the most begrudging recommendation that I will ever make. If there’s one fantasy football axiom I live by, it’s that you’ll never go broke betting against Jared Cook. That’s why this recommendation is so difficult for me, no matter how wholehearted it might be. Given his usage, performance and opponent so far this season, Jared Cook is a perfectly acceptable tight end to start this week and has top-five (read: touchdown) upside. He’s a great play despite ownership below 50% in Yahoo! leagues.

One of the main reasons I always bet against Jared Cook is his inconsistency. Inconsistency in targets, inconsistency in catch rate, inconsistency from play to play. Cook has exceptional athleticism, but astonishingly stone hands and rock brains. His target inconsistency stems back to his times with the Rams. He never really had the trust of the quarterbacks there, and never really earned Aaron Rodgers’ trust last season. If Cook gets five targets this weekend, it will be the first time his quarterback targeted him 5+ times in four straight games since 2014. It will also be only the second time he’s pulled it off in his entire career. This is through four games, mind you. He definitely earned Derek Carr’s trust so far in Oakland, garnering five, six and six targets in each of the first three games this season.

His targets don’t raise eyebrows, but his catches put the fantasy football community on notice. Cook has not hauled in only four of his seventeen targets this season. The 76.5% catch rate is far above his career average, and he’s shown enough concentration to indicate this isn’t a fluke. His yards per reception are down, which indicates a usage change. The Raiders focus is getting Cook easy catches to accentuate his athleticism. Take his hands out of the equation, and you can let his strength, his athleticism, take over.

The Raiders will go to Cook as often as possible to avoid the vaunted Denver secondary, instead of picking on their linebackers to score. So far this year, they’ve yielded the sixth-most fantasy points to opposing tight ends. Last year, Denver allowed the eleventh-most yards but stifled touchdown production. The Broncos shut down Antonio Gates and Hunter Henry week one this season, but since then, they’ve allowed big days to Jason Witten and Charles Clay.

Jared Cook should end the week as a top-ten tight end at worst and has top-five upside. His usage has minimized his downside and accentuated his upside. Crazy what good coaching can do, huh? He’s available in 52% of Yahoo! leagues, so he’s a viable streaming candidate if you are fed up with Hunter Henry or you’re a risk-averse Jordan Reed owner.

One Comment on “Fantasy Football: Start or Sit Jared Cook in Week Four?”