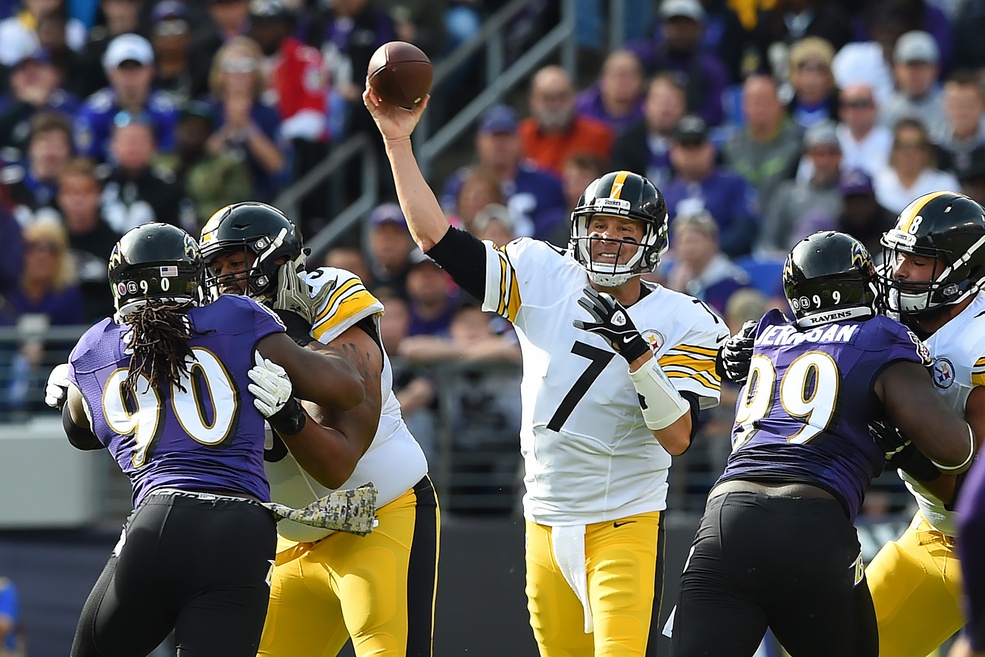 At this point, it seems like picking on Road Ben Roethlisberger in fantasy football just feels like the cheap way out. Unfortunately, there are still those out there who decry the last four-or-five seasons of data as white noise or statistically insignificant. So, that leaves those of us who actually listen to data screaming to the heavens to sit Ben Roethlisberger on your fantasy team on the road. This week, that’s doubly important, as Big Ben takes on his #1 rivals, the Baltimore Ravens, in Baltimore.

The argument against Big Ben is simple and has been previously laid out here. The short of it is that Ben Roethlisberger loses six fantasy points of production on the road compared to home, and that is both remarkably consistent and four-times the figure of other prominent quarterbacks. Unfortunately for Ben Roethlisberger owners, playing against the Ravens only exacerbates that split. Here are Big Ben’s numbers against the Ravens at home and on the road per game over the last five seasons (thanks to RotoViz.com’s splits tool for this information):

You can see pretty clearly here that Big Ben throws a ton at Baltimore, and does so with a much lower success rate. He’s averaging just over six yards per attempt in Baltimore and nearly 8.4 yards per attempt in Pittsburgh. His TD/INT ratio at home and on the road speak for themselves. Big Ben passes one touchdown in Baltimore for every 4.4 he throws in Pittsburgh against the Ravens.

And here’s the dirty little stat: despite giving up four touchdowns to Blake Bortles last week, the Ravens still sit firmly in the last place of fantasy points allowed to quarterbacks. They so thoroughly dominated the Bengals and Browns in weeks one and two, that they allowed just one touchdown and had eight interceptions. The Ravens defense is quite good, and last week’s performance will be the exception, not the rule.

Road Ben Roethlisberger is an obvious sit candidate for me in all situations, until further notice. This week, however, he takes on one of his toughest opponents over the last five years. He’s averaged more interceptions than touchdowns in Baltimore over his last five years and has nearly half as many fantasy points as he does against the Ravens in Pittsburgh. And a message to those who think I cherry-picked the last five years to get a nice, clean 15.7 fantasy points in Baltimore? For his career, that number is 14.78 in nine games, and he’s never topped 280 yards or two touchdowns in Baltimore. In fact, he has thrown for one-or-zero TDs in seven-of-nine games there.