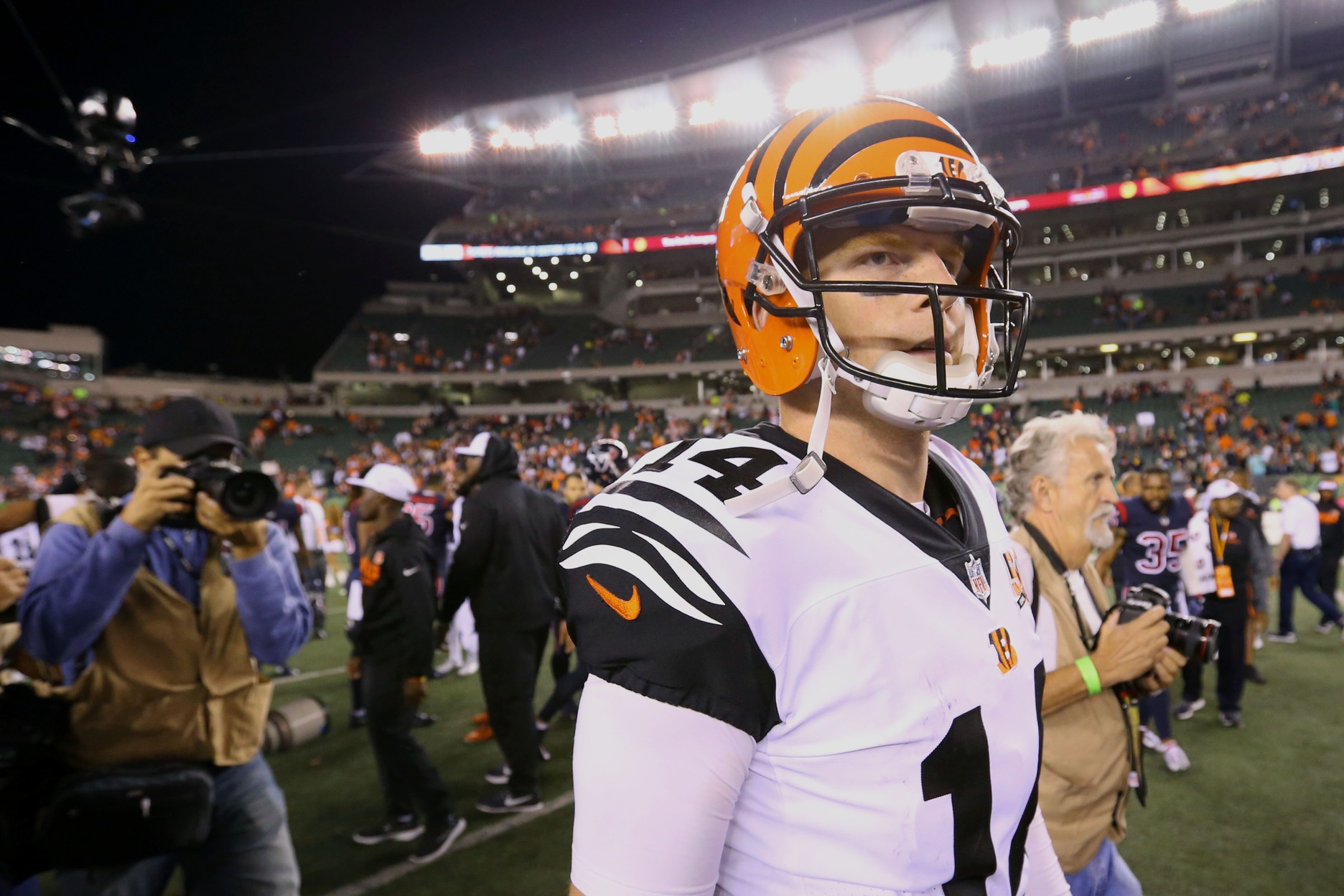 While the Cincinnati Bengals didn’t knock off the Green Bay Packers, new OC Bill Lazor reformed the offense in a way that will make fantasy football owners happy. The Bengals offense looked so reformed against the Packers on Sunday that Andy Dalton is a stream-with-confidence play in nearly all fantasy football leagues.

Bill Lazor’s overhaul was an extremely revolutionary concept: give your best players the ball, and give them the ball often. While A.J. Green reportedly led the revolt against Ken Zampese, he was not the only beneficiary of the change. The Bengals started their game against the Packers with a healthy mix of Joe Mixon, Gio Bernard, and Jeremy Hill. As the game progressed, you saw decreasing snaps and carries for Bernard and Hill, and increased Mixon usage. Mixon didn’t only get carries, the Bengals threw him screen passes and balls in the backfield or the flat. They then let him go to work, doing the hard part of Andy Dalton’s fantasy football production.

Then comes the big, crazy revolution in the offense: get A.J. Green, a no-doubt top-five receiver in the league the ball early, often and in space. The game plan included the requisite shots downfield, but nearly every pass to Green was a slant, a curl, a dig or a post. All easy short routes that will get him the ball in space and create yardage for Andy Dalton. This type of passing attack results in quick hits, which also mitigates the tissue paper offensive line they’ve assembled in Cincinnati.

All this means that Andy Dalton will get more production, and more fantasy points, by shifting towards quick hitters. Think about what Jim Bob Cooter did with Matthew Stafford in Detroit. That revolutionized Stafford’s whole approach and made him a top-ten NFL QB with Cooter as his OC.

This all brings us to the Bengals’ week four opponent: the lowly Browns. The Browns are still the Browns, despite allowing just the twelfth-most fantasy points to quarterbacks on the season. That mostly comes from low passing yardage (Big Ben, with 263 yards, is the high-water mark). The Browns have coughed up seven touchdowns to just two interceptions so far on the season. Last week they gave up three QB touchdowns to Coby Brissett and the Indy Colts Experience (two rushing). Given the talent and scheme, Dalton should reach that mark this week, but should do it with over 300 yards passing.

One Comment on “Fantasy Football: Start or Sit Andy Dalton in Week Four?”