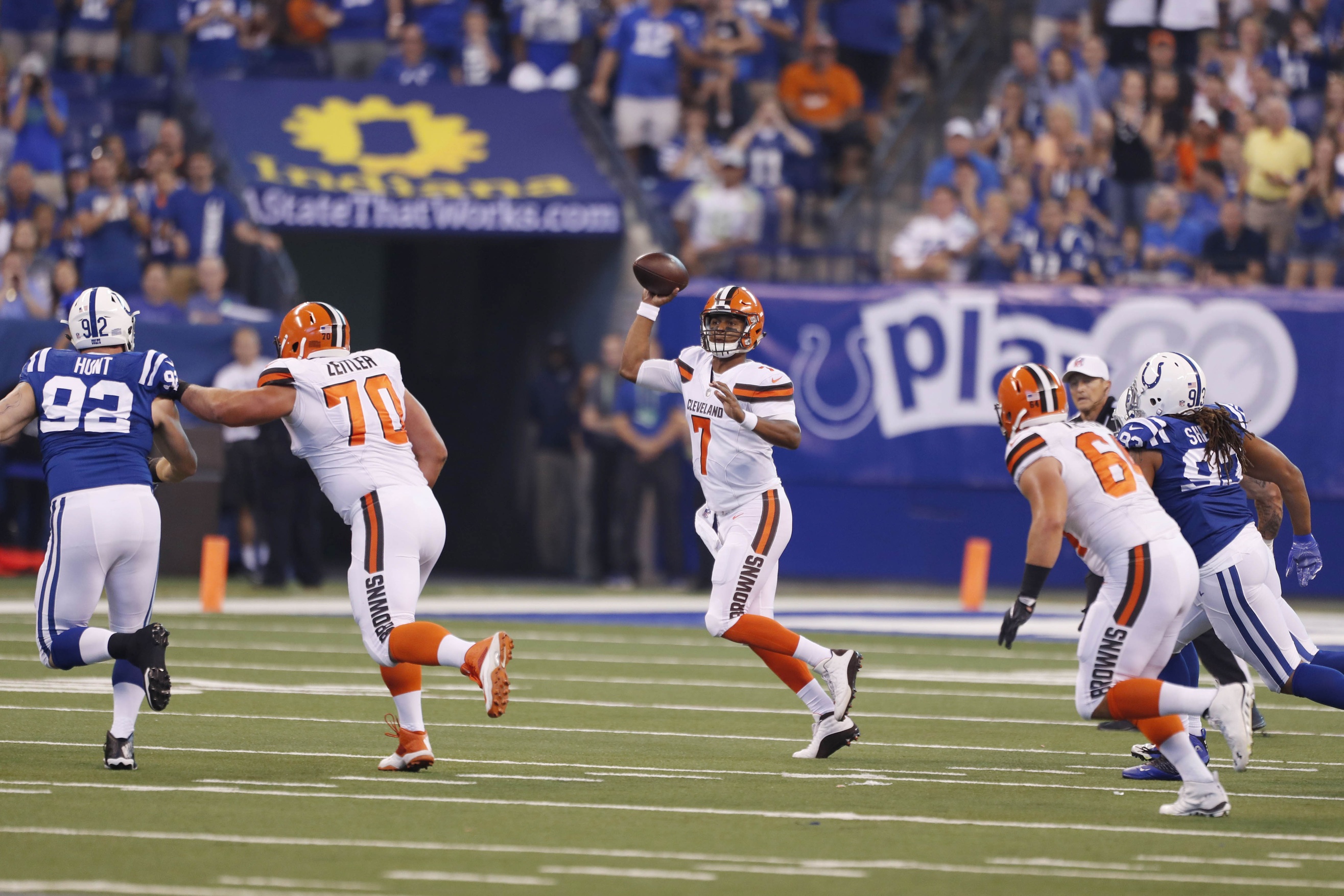 Fantasy football owners so far this season have had every need to stream quarterbacks, as Andrew Luck still hasn’t returned, Cam Newton has been a disappointment and Big Ben is headed to his second road game of the year. Luckily, guys like Trevor Siemian, Alex Smith, and Carson Wentz have been perfectly acceptable streaming options. Desperate fantasy football owners can look to the wire for patch jobs this week, and we are here to help. The week three streamers article contains two quarterbacks available in 50% or more of Yahoo! leagues. The third player is available in 90% or more of leagues for the exceptionally desperate. Ownership figures are as of Wednesday morning after waivers.

Andy Dalton at Cleveland (46% owned)
There’s an in-depth analysis of Dalton’s week four prospects here. The Bengals’ QB faltered greatly in weeks one and two but new OC Bill Lazor flipped the offense around to focus on A.J. Green and Joe Mixon. Getting these two dynamic players the ball more often will do the hard part in getting Andy Dalton yards and touchdowns. The Browns currently allow an 8:1 TD/INT ratio and the Bengals will feast Sunday.

Deshaun Watson vs Tennessee (21% owned)
Watson came in for Tom Savage halfway through the first game of the season and has averaged just under 20 fantasy points in the last two games. While a massive chunk of that in week two was a long touchdown run, fantasy points are still fantasy points. Last week he put up 300 passing yards and two touchdowns (with two picks) against New England. This week he gets the Titans at home, who Russell Wilson just torched for 373 yards and four touchdowns.     On the year, Tennessee gives up the third-most fantasy points to quarterbacks, and that includes a Blake Bortles one touchdown, two pick performance in week two.

DeShone Kizer versus Cincinnati (9% owned)
I rode Kizer last week and I’ll ride him again this week. Kizer’s final rank (ninth among QBs) came despite three interceptions. He passed for two TDs and ran for a third, which made for a big week for the rookie. This week he gets a Cincy defense that is middle-of-the-road against QBs (though they gave Aaron Rodgers fits last week). In games where the Bengals don’t get boat raced and the QB only throws seventeen times (week one against Baltimore), the Bengals allow 21.76 fantasy points per game. He’s more of a DFS play, but if you’re exceptionally desperate, it’s him or Brian Hoyer under 10% ownership. Hoyer might do better, but Hoyer had only 7.18 fantasy points total before blowing up last week; I need to see a second decent game before I can recommend Hoyer over Kizer