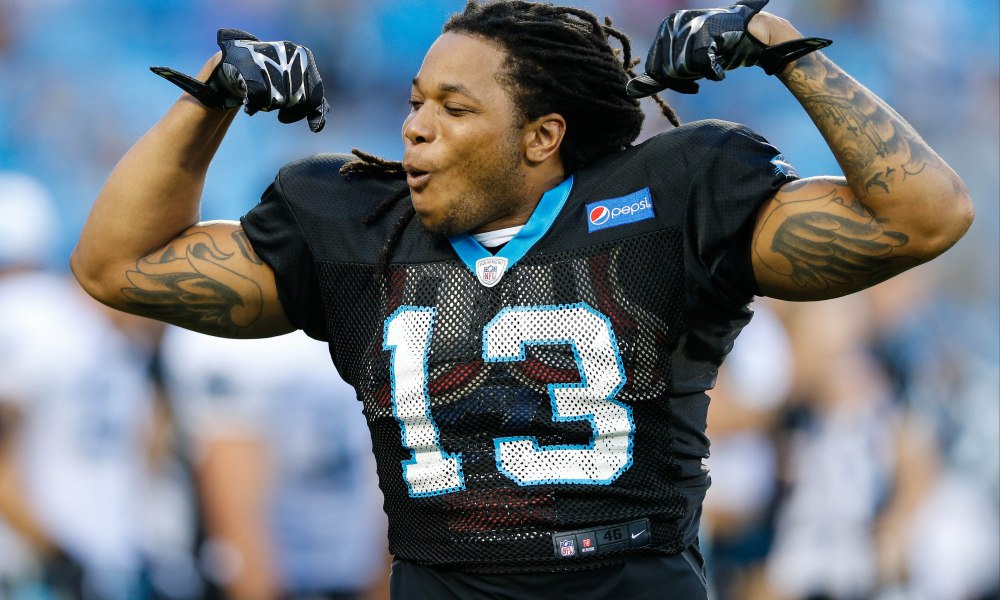 This week my co-worker, Jeff Krisko, suggested that starting J.J. Nelson is the smart fantasy football play.  While Jeff may have fallen head over heels for Nelson, I think the rest of us should consider taking it slow.  (It’s not you, J.J.  It’s me.) Let’s begin the courting process in finding true love with fantasy football Kelvin Benjamin.

This week, J.J. Nelson will be facing a Dallas Cowboys defense that has given up the 11th most points to receiving.  However, a closer look shows that they are more susceptible to the run than the pass, giving up the 6th most points to running backs.  While the loss of David Johnson makes it seem less likely they will be able to dominate on the ground, this will still be the Cowboy’s focus for attacking the Arizona Cardinals.

Even more concerning, the Arizona Cardinals rank 28th in time of possession two games into the NFL season.   The Dallas Cowboys offense is built for controlling the clock, so I don’t expect this number to get better anytime soon.  That means the Cardinals offense has trouble staying on the field.  This also means limited opportunities for J.J. Nelson to have a big game.  And if this relationship is going to go anywhere, I’m going to need more from you, J.J.

If you love J.J. Nelson’s match up against the Dallas Cowboys, you are going to be sitting outside Kelvin Benjamin’s house in an unmarked van with surveillance equipment when you realize that he is facing the New Orleans Saints.  The Saints have given up the most fantasy points to wide receivers in 2017. And the second worst defense isn’t even close to giving up as many points as the Saints.

Then you have to factor in that Greg Olsen was placed on Injured Reserve after breaking his foot.  This means the clear-cut number one receiver for the Carolina Panthers in week two is your one true love, your sun and stars, your Kelvin Benjamin.