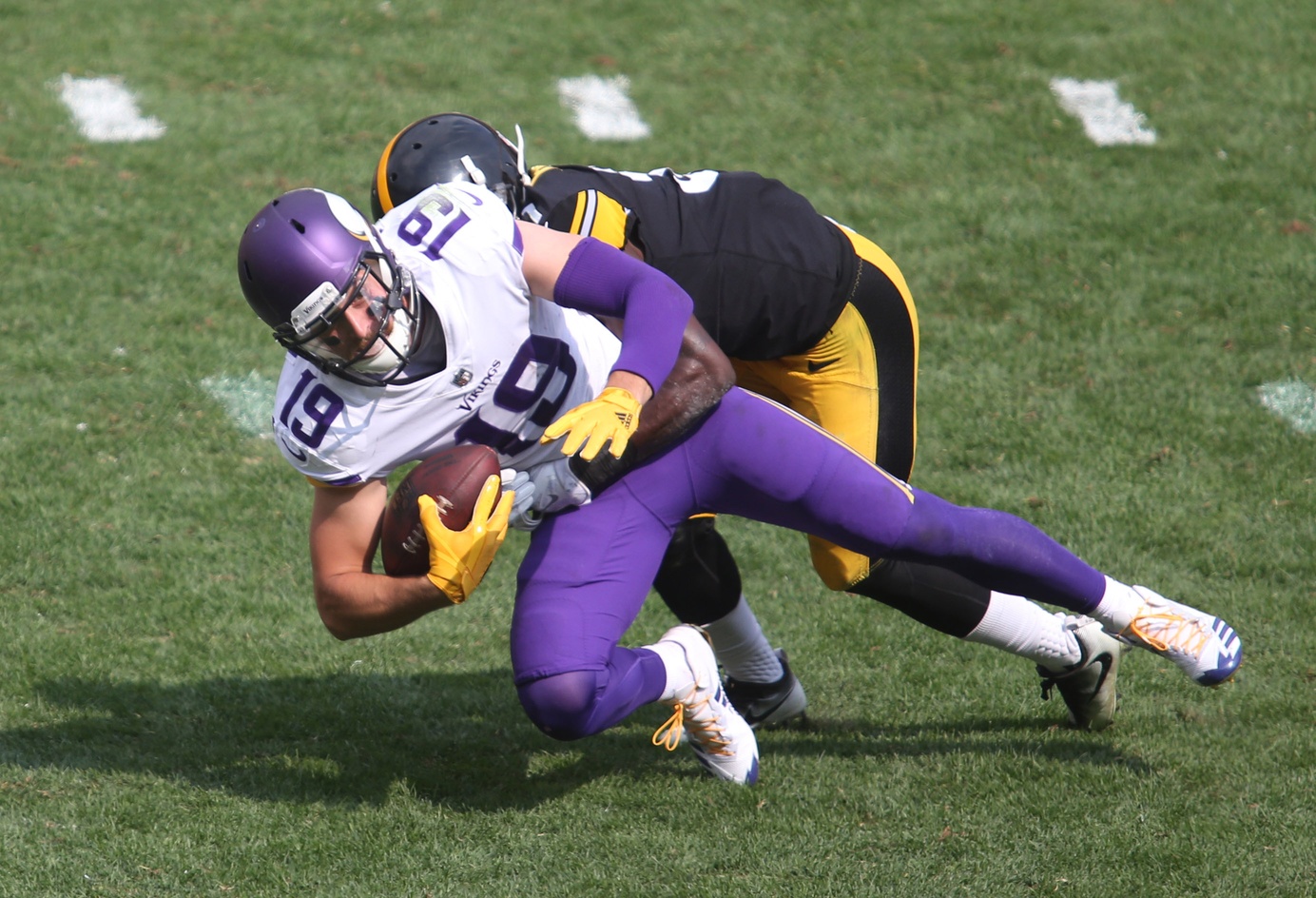 The Vikings trouncing the Saints on Monday Night Football’s week one early game feels like it was a thousand years ago. Following that game, fantasy football owners were Hooked on a Thielen. Why wouldn’t you be? He went for one hundred fifty-seven yards on ten targets in the boat race. Unfortunately, Sam Bradford’s knee was harvested in his sleep to help Teddy Bridgewater recover became so injured due to acute onset competence that Bradford missed week two and is in danger of missing week three. Last week Thielen mustered just 44 yards with Case Keenum and was a dud. It’s easy to say that fantasy football owners have Lost That Lovin’ Thielen.

This week the Vikings take on a Buccaneers squad that trounced the Chicago Bears last week 100 billion to zero… Or at least it felt that way. Minnesota hopes they can put up more of a fight than the Bears did as they go out there Once More, With Thielen. Unfortunately, however, the complete incompetence of Case Keenum will limit Thielen’s opportunities and the offense as a whole. It’s More Than A Thielen that the Bucs will affect Sunday, as well. Keenum is likely to limit Stefon Diggs as well. The Vikings have to know ground and pound is their only hope to salvaging a victory against Tampa Bay. That means a lot of Dalvin Cook, a lot of defense and very little passing.

The Buccaneers completely shut down the Bears passing game last week. Without Sam Bradford, there’s little more than Chicago’s passing game in Minnesota. The Vikings have more offensive weaponry, but Case Keenum is going to be the limiting factor. The limited opportunity and Thielen playing second fiddle to Diggs in a diminished offense mean that it’s more likely to be The End of The World as We Know It (And I Thielen Fine) than Thiel Good, Inc.

Okay, I’m really sorry for those last two. Don’t start Thielen; the Vikings understand their only chance of winning is pumping the brakes as hard as they can and that means more runs, more defense, and less opportunity. The passing game pie is going to shrink right up in Tampa Bay, which means I don’t want any part of either passing game if I can help it.