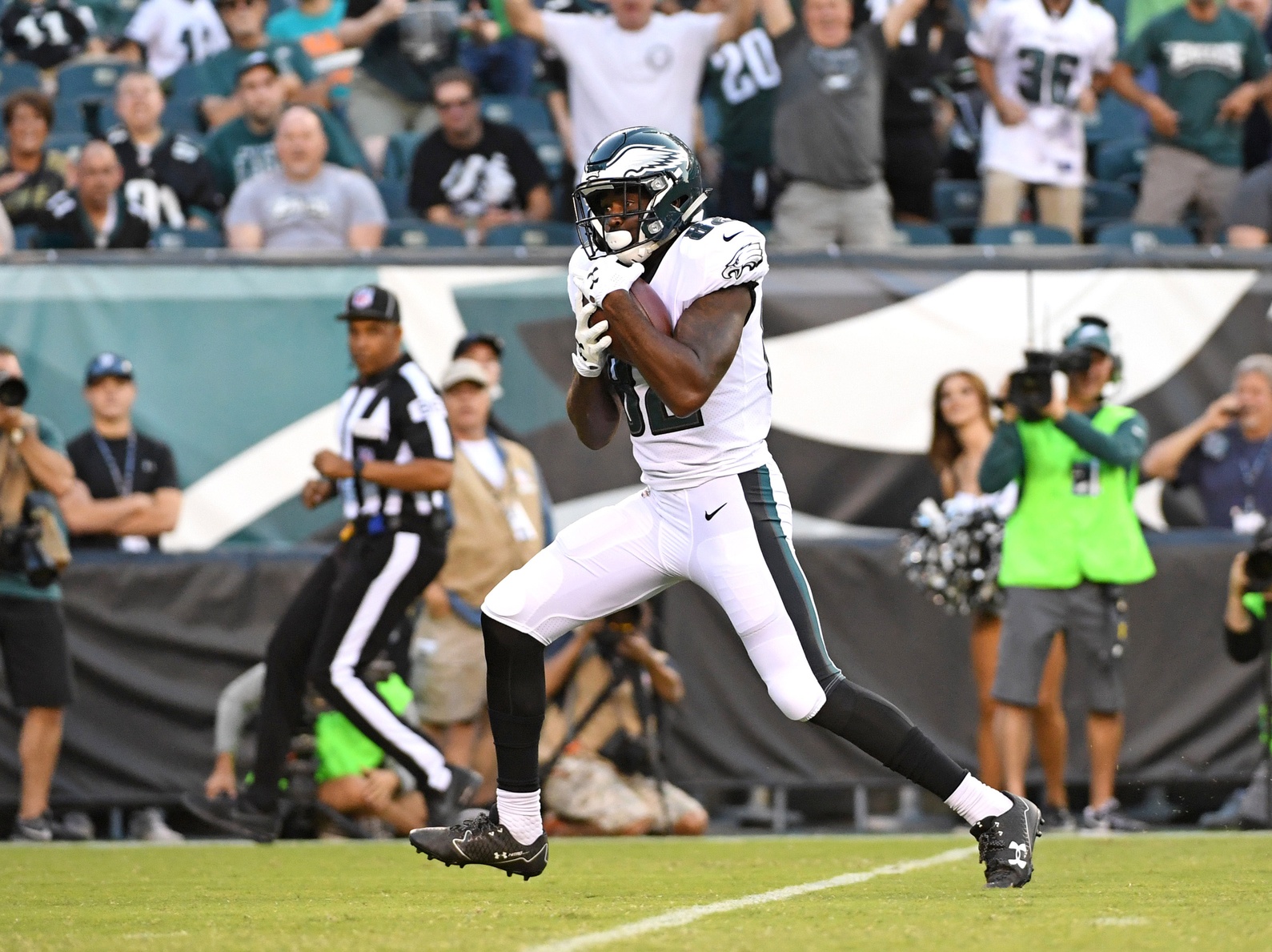 The Philadelphia Eagles are in a transition year, with an ascendant quarterback, a plethora of wide receivers and a muddled-as-heck backfield. The two biggest named wide receivers and two of the running backs will likely not be Eagles this time next season, so their timing in drafting Wentz and putting pieces around him that won’t stay is… odd, to say the least. Still, there’s so much weaponry at their disposal that it’s hard to see them having a bad offense this year. There’s plenty of fantasy football value to be had here. Don’t think I didn’t learn from my mistake last year with regards to Torrey Smith but if you’re in a super deep league… why not? Here is my sleeper, bounce back and bust for the 2017 Philadelphia Eagles.

Sleeper – Carson Wentz, Quarterback
At QB18 off the board, Wentz is firmly in backup QB territory, and nobody is crazy enough to take him as their starter, but that proposition might not be as crazy as it seems on its face. Wentz started off his NFL career on an absolute roll, throwing for 1,007 yards with a 7:1 TD:INT ratio in his first four games. He was on pace to be a backend fantasy QB1 before disaster struck. He lost Left Tackle Lane Johnson for ten games due to suspension. In those ten games, Wentz had six touchdowns and twelve interceptions and was an absolute mess. He regained his positive TD:INT ratio in the last two games upon Johnson’s return. Wentz did alright when he had his blind side protected, despite a dearth of talent around him. He now has Alshon Jeffery and Torrey Smith at his disposal in a massively overhauled receiving corps.

Bounce Back – Alshon Jeffery, Wide Receiver
The issue with Jeffery is never talent, but a myriad of lower body soft tissue injuries in 2015 and a suspension in 2016 have kept him off the field in the last couple of years. He’s likely to miss games, but he gets the bounce back label because his per-game production, even when banged up, cannot be denied. He has gotten 94 targets each of the last two years, despite missing seven games in 2015 and four games in 2016. He averaged 77.5 yards per game, which is an extraordinary high floor when he’s healthy enough to play. His 5.3 receptions a game give him a 13.1 point floor in PPR leagues. He’s a great pickup at #30 overall.

Bust – LeGarrette Blount, Running Back
Blount is currently going as the #24 back off the board, at the beginning of the sixth round in twelve-team leagues. He doesn’t deserve that draft slot. Blount led all running backs with a mind-boggling 18 touchdowns last year, five more touchdowns than he’s mustered in any two seasons combined prior to 2016. He was the Patriots’ preferred back last year, toting the rock 299 times as he salted away the game and pounding it in from the goal line to pad his figures. He had 24 carries within the five last year, which led the league. There won’t be such an opportunity in Philadelphia, and his numbers will break down across the board. He’s going ahead of running backs with paths to massive production, like Adrian Peterson and Tevin Coleman, which is egregious given his talent level.