Should I Start Eric Ebron, T.J. Hockenson, or Vance McDonald in Week 10

This year, for start-or-sit advice, I’ve decided to share my wife’s fantasy football “insight” with the world. We will be looking at some sticky fantasy football start or sit decisions each week, and each of us will tell you whether or not you should rock ’em or sock ’em. I will use mostly statistical analysis, with just a touch of gut feeling. Erin will use whatever thing she uses to tell you how each player’s name speaks to her.

Start or Sit Eric Ebron vs. Miami Dolphins in Week 10?

Bryan’s Take: This week, the Colts face the former worst team in the NFL, the Miami Dolphins. It’s become a common practice to start everyone against the Dolphins, right? Well check this out. Only TWO tight ends have had more than three catches vs. Miami this year: Mark Andrews in Week 1 and Ryan Griffin last week. Andrews is also the only TE to score against them this year. It’s almost like defending TEs is the one thing the Dolphins are doing right. Add to that his snap share with Jack Doyle (Doyle has twice as many snaps as Ebron over the last three games), and I think it’s best to Sit Eric Ebron in Week 10.

Erin’s Take: His name made me think about the Brawny paper towels guy for a second, but Eric Ebron seems mostly forgettable. He doesn’t excite me at all. Sit Eric Ebron in Week 10.

Start or Sit T.J. Hockenson at Chicago Bears in Week 10?

Bryan’s Take: It started as an up-and-down rookie year for Hockenson, but things appeared to level out after the Lions’ Week 5 bye. He only had three catches last week but saw his most targets since Week 1. The heavy targeting should continue, given Detroit’s utter lack of a decent run game. Last week, Zach Ertz tore the Bears up to the tune of 9/103/1! Obviously, Hockenson isn’t Ertz… yet, but he’s in line for another heavy workload, and you can Start T.J. Hockenson in Week 10.

Erin’s Take:  Now that’s a name I can get behind! An attention grabber! Wouldn’t you want to read a series of novels starring American hero, T.J. Hockenson? Start T.J. Hockenson in Week 10.

Bryan’s Take: As long as Mason Rudolph is quarterbacking the Steelers, we’ll see plenty of short to mid-range passes. Jaylen Samuels and McDonald were the biggest beneficiaries of said passes last week, and there’s no reason to believe the trend won’t continue. Also, the Rams have given up at least 60 yards or a TD to tight ends in every game this season. I’d take any sign of life in this year’s tight end dead zone, and Start Vance McDonald in Week 10.

Erin’s Take: Speaking of books, I just finished reading a book where one of the lead characters was named “Vance.” He was a really good character. So, seeing Vance McDonald’s name on this list brought a smile to my face. Start Vance McDonald in Week 10.

**Erin and I usually agree on at least one player each time, but this is the first time our picks and rankings are IDENTICAL! Dear Lord, what have I done?? **

Check back as we keep score on who made the best calls for week 10, and come back tomorrow for more of Bryan and Erin’s Week 10 start/sit calls. If you want more right now, then check out Bryan and Erin’s Start or Sit Quarterbacks for Week 10. 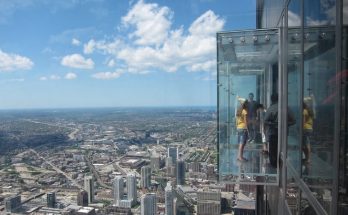 One Comment on “Start or Sit Eric Ebron, T.J. Hockenson, or Vance McDonald in Week 10?”