The flu sucks. It comes over you like a slow creep across your body. You start to feel a tinge in your stomach. Your neck gets a little stiff. Then all of a sudden, you feel like your face is melting and your brain and eyes are trying to eject themselves out of the back of your head. After that, you know how it goes. The non-stop feeling of awful coming in and out of you. Everything’s just terrible. You feel like if the whole world collapsed into a black hole, then that would be fine because if you have any more fluids come out of you, you are absolutely convinced you will get turned inside out. All that terrible, all that awful… And I’d still take that over the beating I took on my NFL bets last week. Now let’s get to my surefire NFL bets for week 10.

As always, before we get going, remember to never bet more than you can afford to lose. If you can only afford to bet five dollars this week, then only bet five dollars. Never go in debt, and never get yourself in trouble over gambling. If you think you have a problem, then step away. It’s easier to walk away than to be dragged away.

Sure Thing NFL Bets For Week 10

The Lions have faded over the past few weeks, but Matthew Stafford is definitely not to blame. So far this season, he is fourth in the league in passing yards and second in touchdown passes. Everyone ahead of him in both stats all haven’t had their bye weeks, yet. The issue thus far has been the Lions defense, which is beaten up, and that is putting it nicely. Darius Slay and Snacks Harrison were full participants in practice on Wednesday, which should bolster their beleaguered defense. On the season, the team has given up the second-most yards and eighth-most points.

The upside for them is, the Bears are borderline incompetent on offense. In spite of kinda-sorta discovering a rushing game over the past two games, Mitch Trubisky has been an offensive black hole until the game is already out of reach. The Bears, as they have been, might find a way to make the game close in the end, but this is definitely Detroit’s game to lose, and Matthew Stafford should be able to put up around 400 passing yards on the day.

Take the Lions getting points.

Welcome to the NFL, Ryan Finley! The Ravens are coming off their biggest win of the season, and are theoretically stepping into a trap game on the road against a team hoping to get some momentum with a quarterback change. Unfortunately, Ryan Finley doesn’t play every defensive line position. Instead, that role is being played by a number of barn doors blown open by a breeze. On the year, the Bengals are giving up rushes at a 5.1 yards per attempt and a truly absurd 177 rushing yards per game! No team has given up over 180 rushing yards per game for a full season since the 1987 Atlanta Falcons, which had such luminaries on defense as Buddy Curry and Mike Gann. People have at least heard of Geno Atkins!

Meanwhile, the Ravens are giving up the second-fewest rushing yards per game (looking in your direction, Joe Mixon). Where the Ravens have issues on defense is in their secondary, as they have given up the seventh-most receiving yards per game, and are averaging fewer than two sacks per game. So, I suppose this is what you have to ask yourself. What do you trust more: the Ravens rushing offense (averaging 204 yards per game!!) giving ten points, or Ryan Finley, in his first career game, with little ability to get a running game going, getting ten points?

Correct, I’m taking the Ravens, too.

You can pretty much throw all numbers out the window for these two teams. Here is what we know: the Saints were able to keep the ship upright and kept winning every week with Teddy Bridgewater at quarterback. Drew Brees, one of the greatest quarterbacks of all time, is back at 100% health. The Saints are probably happy just beating up on the Falcons for half the game then sitting back into a running game and keeping people healthy.

We also know that the Falcons are criminally inept on offense in the first half of games, and only ever score points once the game is out of hand. They are losing games on average by 11.6 points, and are getting outscored by 17 points in the first half. They are obviously outscoring opponents after their opponent has taken their foot off the pedal.

This feels like a game that is going to end one of two ways: either the Saints are going to get out to a big lead, and the Falcons will garbage time their way back into a ten-point loss. OR, the Falcons are going to lose by 40, and then the world is going to collapse into itself like a neutron star when Dan Quinn isn’t fired for the catastrophe he has caused in Atlanta. I wouldn’t be shocked by the latter, but I’m guessing the former.

I’ll take the Falcons getting 13 and praying for all of us.

The MVP award is traditionally better known as the “best quarterback of the year” award. Skill position players that aren’t quarterbacks tend to struggle in the voting. That’s a shame because Christian McCaffrey is putting up one of the great seasons, this year. Halfway through 2019, he is on pace for twenty rushing touchdowns, and a half-dozen receiving TDs. If he keeps it up, he will also end up with 1,750 rushing yards on 84 receptions! These are truly absurd stats, especially considering that his numbers have not only stayed steady but have gotten better since Cam Newton has gone down with an injury. He is carrying the Panthers to a 5-3 record with Kyle Allen as his quarterback.

Meanwhile, the Packers are trading off great games with inexplicable no-show acts. Over their last four games, they were given a victory by the referees on Monday Night Football against the Lions, and apparently weren’t aware that they had a game against the Chargers last week. Coming into the week, the Packers are the seventh-best passing team, and the Panthers are the sixth-best passing defense. The game is going to be close and could actually end up being the game of the week. It is getting one of the late afternoon national spots. There isn’t a lot of value in the over/under in this one (it’s set at 47 points). In spite of the Panthers getting nearly two to one odds to win straight up, that doesn’t feel like a great value, either.

My best bet is taking the Panthers getting points, and then parlay it with the Colts, Ravens, and Saints winning to get better odds.

Because they are the Cowboys, we are forced to watch this monument to mediocrity on national television every other week. I’m going to hate-watch this game due in no small part to the fact that both of these have a tendency (expectancy) to be complete and utter frauds on a week to week basis. Everyone knows that the Cowboys almost exclusively function on offense when they have a full offensive line. Otherwise, it’s Ezekiel Elliott, then pray.

The Vikings are known as a team that absolutely cannot beat a team if they are losing at all, at any point. The team caves like a cheap pull out bed. This literally comes down to “Can the Cowboys score before the Vikings?” I’m not sure, and Vegas doesn’t know, either. The Vikings getting three on the road is the default number that all odds start at. Vegas put out the (+3) and in the three intervening days, there hasn’t been enough movement on either team to move the line.

Screw it, take the Vikings getting points. It’s just money.

Brandon is also the co-founder of Fancy Boys Club

If you can go back in time, check out more of Brandon’s surefire NFL bets here. 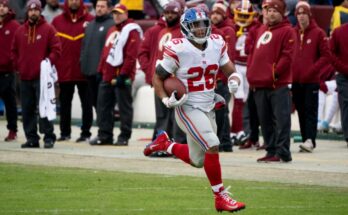