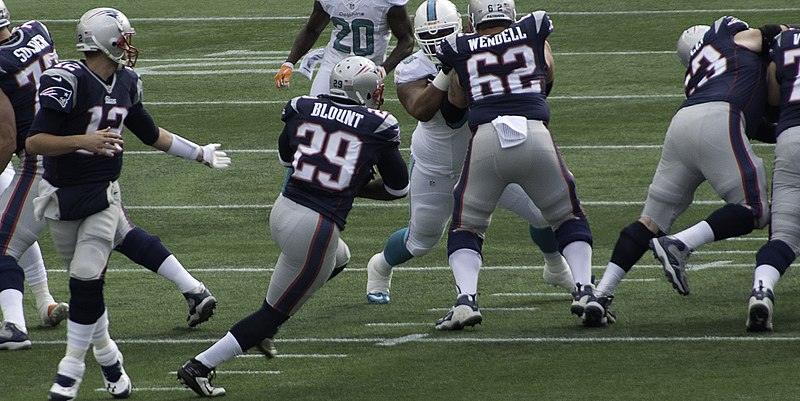 It’s that time of year once again! Football Absurdity will bring you a breakdown of every notable fantasy football-relevant player throughout June, July, and August. We continue with the running backs. Today, we take a look at a running back who is likely the future of the position in New England. But, what about his present? What should we expect from Rhamondre Stevenson in 2022 fantasy football leagues?

Rhamondre Stevenson suffered from being Damien Harris’ replacement last season, as he struggled to get consistent touches and playing time for the Patriots. However, he received a full starter’s workload three times last year (over 13 touches). In those three games, he averaged 95 yards from scrimmage, as well as scoring four touchdowns in those three games. So, if you want to know if Stevenson has the upside to produce for the Patriots if given the opportunity, he most certainly does.

But, Stevenson reminds me a lot of another former Patriots’ running back, LeGarrette Blount. It’s not just the dreads, but also the playing style, build, and nose for the end zone. The Patriots gave Blount free reign in 2016, and he finished the year with 18 touchdowns and 1,119 yards on 306 touches. Those 18 touchdowns on 306 touches come out to a touchdown every seventeen touches. Rhamondre would need to score at a much higher clip to match that (he scored at touchdown every 27 touches last year), but Damien Harris’ 15 touchdowns from 2021 are well within reach for Stevenson.

Unfortunately, he is mostly a handcuff at this point. Or rather, he is an upside play for those who believe that Damien Harris’ time in New England is quickly coming to a close. That’s what we need for Rhamondre Stevenson to have a weekly upside for fantasy football leagues: the Damien Harris Era to come to a close in New England. Given that Bill Belichick rode Harris hard, that likely only comes through injuries. That means we are looking at Stevenson as an upside stash in most fantasy football leagues.

Rhamondre Stevenson Salary Cap Value: $1
Draft Ranking: Find out for your league settings in a Beersheet! (coming in early July)

Rhamondre Stevenson is $2.1 in salary cap drafts, and pick 108 in snake drafts. For salary cap drafts, I am going to be honest: I can’t get too mad at taking a shot at a handcuff for a couple of bucks, especially when you consider his upside is a touchdown per game with Bill Belichick. Unfortunately, I have some beef with his draft price in a snake draft, as he goes just ahead of Trey Lance, Mike Gesicki, Chase Claypool, and Treylon Burks. These are all players with a much clearer path to playing time and a higher likelihood of hitting their ultimate upside, which is similar to Stevenson’s (top-12 at their position). So, because of that, I am out on Stevenson in snake drafts, but I will slurp him up in salary cap drafts at the right price.

Damien Harris goes to the Great Running Back Room in the Sky (he retires, he doesn’t die, you weirdos) and Bill Belichick hits his head, transporting him back to 2016. He doesn’t just use Rhamondre like LeGarrette Blount, he literally thinks that Stevenson is Blount.

The Patriots drafted Pierre Strong to replace Rhamondre Stevenson,  who they drafted to replace Damien Harris. It’s a real daisy chain of replacements, but it leaves Stevenson once again holding the bag on the short end of the Patriots’ running back room.