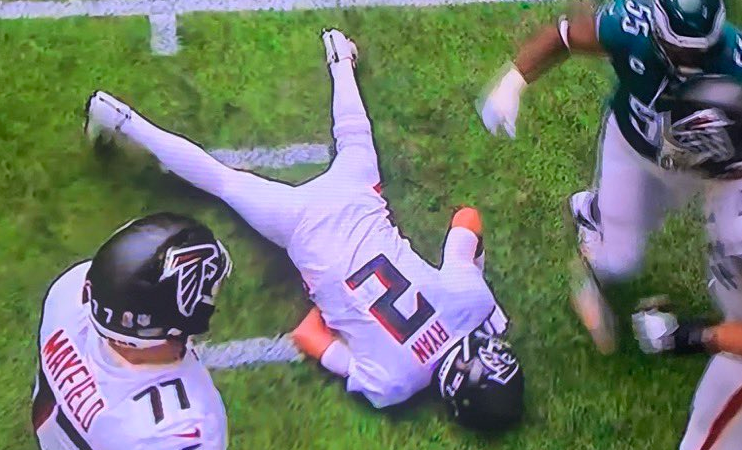 It’s that time of year once again! Football Absurdity will bring you a breakdown of every notable fantasy football-relevant player throughout June, July, and August. We start off with the quarterbacks. The Atlanta Falcons did a whoopsie this offseason, publicly pursuing Deshaun Watson, he of over two-dozen sexual assault allegations. While they failed to land Watson, their loss is the Colts’ gain, as they ended up with long-time Atlanta Falcons staple Matt Ryan as their quarterback. Will Ryan be fantasy viable in Indianapolis after a couple of down years in Atlanta? Let’s take a look!

Last year, Carson Wentz was QB14 overall, but QB20 on fantasy points per game basis for Indianapolis. He also got run out of town because he lost against the Jaguars in week eighteen, and the #1 overall pick team was the only thing standing between the Colts and the playoffs. But, I digress. Carson Wentz showed extremely limited upside with the Colts last season, posting two games over 300 passing yards, and just three games with 3 passing touchdowns. Will the upgrade from Wentz to Ryan provide fantasy football goodness?

I’m not so bullish that it will. The Colts have the best young running back in the league with Jonathan Taylor, and one of the best defenses in the NFL, as well. This is why they ranked thirtieth in the league in pace of play, meaning only two teams ran plays at a slower pace while on offense. It also explains why they ran the football at the fifth-highest rate last season. Both of these, combined with the fact that the Colts’ receiving corps is Michael Pittman, maybe Alec Pierce, and then a ton of question marks, have me worrying that Matt Ryan might just not have the weaponry or strategy around him to be at all viable even as a streamer in 1QB leagues.

After all, you could have explained Ryan’s 2021 situation as better than his 2022 situation, as far as targets are concerned. Kyle Pitts is arguably better than Michael Pittman, Russell Gage was established (Pierce is not), and from a receiving perspective, give me Cordarrelle Patterson over Jonathan Taylor. With all of that, Matt Ryan was QB27 in fantasy points per game. But, he was eleventh in passing yards despite the Falcons’ #29 pace of play. His ranking mostly came down to touchdowns, as Ryan threw just 20 on 560 pass attempts. This 3.6% touchdown rate tied him with Ben Roethlisberger and put him behind Jared Goff and Jalen Hurts. That’s not something I see changing, as quarterbacks buoy that by passing on the goal line for easy scores, and Jonathan Taylor (yet again) led the league in goal-line carries last season by a wide margin.

There’s just a lot of nagging things working against Matt Ryan for me to be bullish on him for 2022 fantasy football.

Matt Ryan Auction Value: $-
Draft Ranking: Find out for your league settings in a Beersheet! (coming in early July)

In a 2QB league, Matt Ryan is a decent fallback QB2 or an insanely solid QB3. He’s not sexy or exciting, but he will play all seventeen games barring injury, so there’s something to be said for just having a guy who will do that. That’s why he’s QB20 off the board; precisely where he should be going. There’s no reason to have him on your roster in a 1QB league, so he’s not going to dive into the top-fifteen. He’s also a slam dunk guy to have on your roster in a 2QB league, but not one who will be a league winner, but instead a solid contributor. So, I actually like him in 2QB & Superflex leagues, but he’s firmly hands-off for me in 1QB leagues.

He’s $1 in salary cap drafts, so if you want him, spend your last buck on him, but if you’re in a 1QB league, you don’t want him.

Michael Pittman becomes the new Julio Jones (Tennessee edition) for Matt Ryan, and the connection helps Matt Ryan ride out of the NFL, and he retires at the end of the year after a disastrous stop-off in Indianapolis. In this situation, he’s still better than Carson Wentz was in owner Jim Irsay’s eyes.