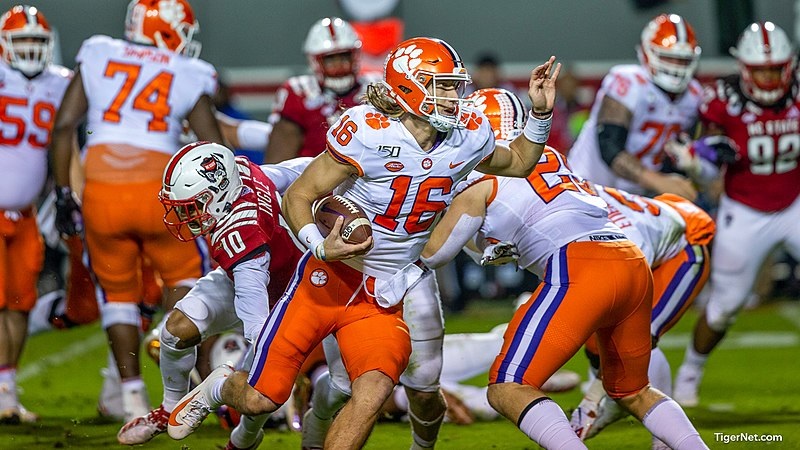 It’s that time of year once again! Football Absurdity will bring you a breakdown of every notable fantasy football-relevant player throughout June, July, and August. We start off with the quarterbacks. We continue with Trevor Lawrence, who probably had the worst coaching situation of all-time last season, as Urban Meyer tested the limits to see exactly how fast a coach can get fired. And look, it’s not all bad… Urban physically assaulted TLaw’s teammates, not Trevor Lawrence himself. The Jags replaced Urban Meyer with Doug Pederson, and went out and got some more weapons for Trevor Lawrence, but is that enough to make him fantasy relevant in 1QB leagues?

I wouldn’t really dive into Trevor Lawrence in a 1QB league. There wasn’t a whole lot to like about his rookie year, and we are mostly just coasting off of his draft price and a weapons upgrade. Trevor Lawrence has such a massive hole to dive out of, that it would take a lot for him to be someone I would see as viable in that format, and he would need to take a step forward to be anything more than a solid QB3 in a 2QB league. Since 2000, 13 quarterbacks started at least 15 games in their rookie season and finished with under 200 fantasy points. Trevor Lawrence started all seventeen games and finished with 199, tying him with DeShone Kizer at 11.71 fantasy points per game in his rookie year.

It gets worse; since 2000, 17 rookie quarterbacks have started at least 16 games, and Lawrence finished fourteenth in fantasy points per game among that group. The three guys below him: Joe Flacco, Ryan Tannehill, and David Carr, averaged just 12.77 fantasy points per game in their sophomore season. There’s a reason for this; the teams were terrible. Tannehill was a top-ten pick, Carr was the #1 overall pick, and Flacco played on a defense-first Ravens team.

Trevor Lawrence Auction Value: $-
Draft Ranking: Find out for your league settings in a Beersheet! (coming in early July)

I’m not fully convinced at this point that the Jaguars have done enough to improve around Lawrence to make it all worth it in 1QB leagues, or as a priority target in 2QB leagues. Right now, Lawrence is off the board at QB19, at pick 145 overall (1QB leagues), just before Matt Ryan and Jameis Winston. In a 2QB league, I’d rather have Matt Ryan as my QB2, and I’d rather have Jameis as my QB3 if we are being quite honest. I guess what I’m saying is that I have to see it from Trevor Lawrence before I feel at all comfortable about having him on my fantasy football rosters.

In salary cap drafts, the masses agree with me. Lawrence has a $1 draft price, meaning that if you throw him out for a buck, you’re unlikely to get another bidder on his services. So, if you really love Trevor Lawrence, I guess you can get him for a buck at the end of your 1QB drafts. That just won’t be something that I’ll be doing, unfortunately.

The Jaguars’ impending upgrades at literally every position group on offense do enough to buoy Trevor Lawrence into an incredibly relevant streaming quarterback.

Trevor Lawrence gives up on his football career to become a model for TRESemmé and makes his millions without getting tackled by 300+ pound guys multiple times per week.