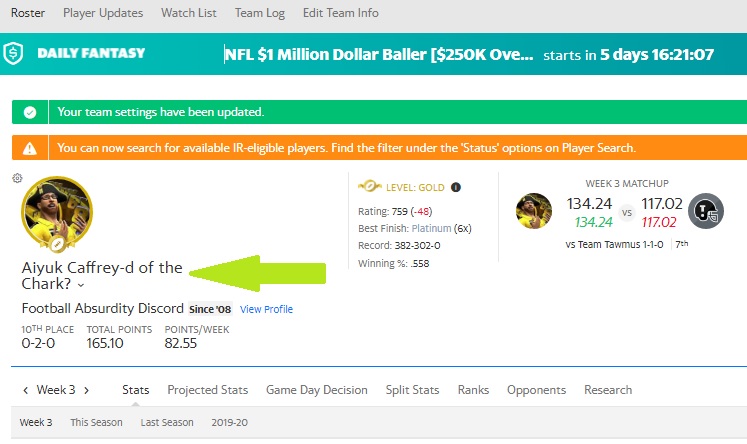 It’s that time of the year! Well, actually, it’s still September. But we hit this rock with a shovel multiple times each year. Last year, we had four different Halloween-themed fantasy football team names lists. I think I was too hard on our all-world caliber writing team… SPOOOOOKY HARD! We’ll have at least one more list, but we’ll also be mixing it up to allow us chances to do other themes. Otherwise it’s just Halloween lists, Thanksgiving lists, then December holiday lists. You deserve better. Our writers deserve better. I deserve nothing.

I still need about 150 words to ensure SEO crawl-bot put us on Google and BingBingGo or wherever. So let me try my hand at spinning an impromptu horror story:

It was a dark and stormy Sunday night. Urban Meyer had just hired Adam Gase and the New York Jets’ offensive line to take on the fierce and scary Cleveland Browns. Johnny Manziel was under center. He took the snap, and dropped back. But just then, the entire O-Line vanished because they were zombie ghosts made by Bill O’Brien for no apparent reason. Myles Garrett bared his 5-foot-long fangs and pounced. Taking Manziel to the turf, Garrett spied his milky white jugular, ripe for a harvesting. Just then, there was a roar from the crowd. They turned to see O.J. Simpson, DeShaun Watson, and Aaron Fernandez. Just thinking about them made everyone in the world gasp into an awkward unconsciousness. The End.

Want to have fun spitballing team names with us? Hop in our writing room and hang out.

For more Halloween fantasy football team names and other comedy and analysis, check out these links!