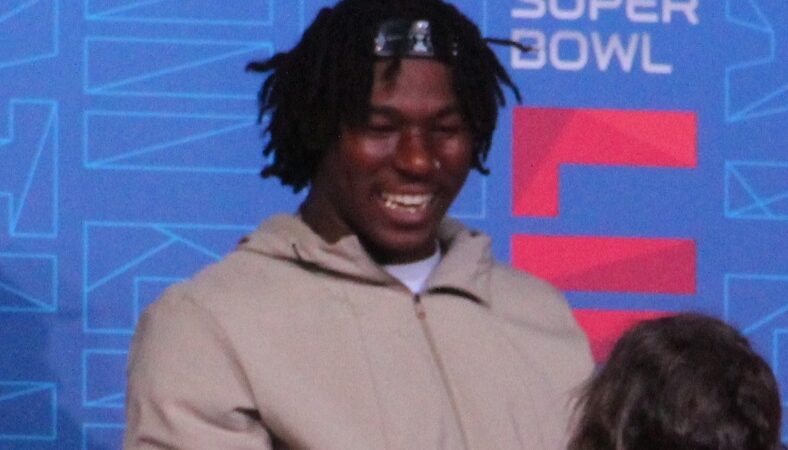 As we gear up to the start of the NFL season, Football Absurdity is going to bring you a comprehensive breakdown of every notable player that will be available in fantasy football drafts. Jamaal Williams is currently being drafted, on average, in the middle of the 11th round. CBSSports says don’t draft him until after the 7th round. That’s pretty praising damnation, considering his ADP. This year he is leaving Green Bay for Detroit. I like to think he is getting there by sailing a homemade raft across lake Michigan.

Jamaal Williams was RB38 last year in terms of total points. Normally that would make him just a late-round flier in hopes that he gets utilized more than expected. So why is he ending up on more of my fantasy squads than not? Also, what if I’m right and Williams does fashion a homemade raft out of seaweed and driftwood? If something goes wrong and I don’t do something to warn him of the dangers, I couldn’t live with myself.

The reason why I keep ending up with Williams is that he is now in an Anthony Lynn offense, Anthony Lynn throws to his running backs: Look at how he utilized Austin Ekeler, an undrafted free agent, in Los Angeles over the past four seasons. While Williams obviously doesn’t have the skill set of Ekeler, he does have the ability to catch the ball well. So, in PPR leagues he represents the high-floor player you love to start to get you through bye weeks or stretches of your RB2 recovering from injury. That fits right into my Toolbox Bench strategy, so I frequently play the bare minimum amount of draft capital required to get him.  His Twitter is @jswaggdaddy, should I message him to warn him about the tides of Lake Michigan? I think I have to at this point.

Jamaal Williams Auction Value: $1
Draft Ranking: Find out for your league settings in a Beersheet!

I’m not saying take him anywhere but the back 1/3 of snake drafts. I wouldn’t throw $2 on him at auction even. But when you’re at the point where no one remaining looks great or you need to round out your auction roster with $1 players, he provides much-needed bench security. Speaking of security, I really think I need to Tweet Jamaal Williams to stop him from rafting across Lake Michigan.

Jamaal Williams fits into Lynn’s offense as expected. He’s not exciting, but a good bench player to keep your team going through bye-nados. I realize I need to include safety info in my Tweet. That way, if he goes ahead with this dangerous plan, at least he’ll have better odds of survival.

D’Andre Swift gets all the passes. D’Andre Swift is really good. This is why no one is reaching for Williams. I Tweeted this: 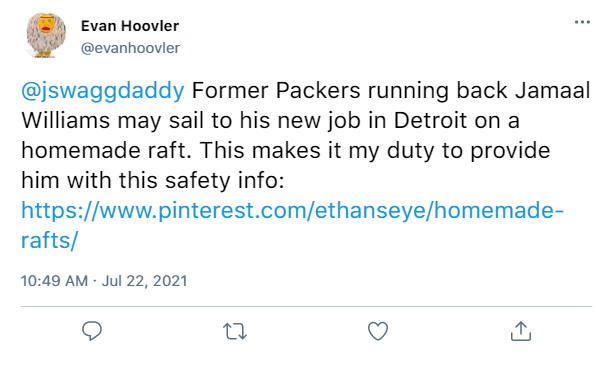