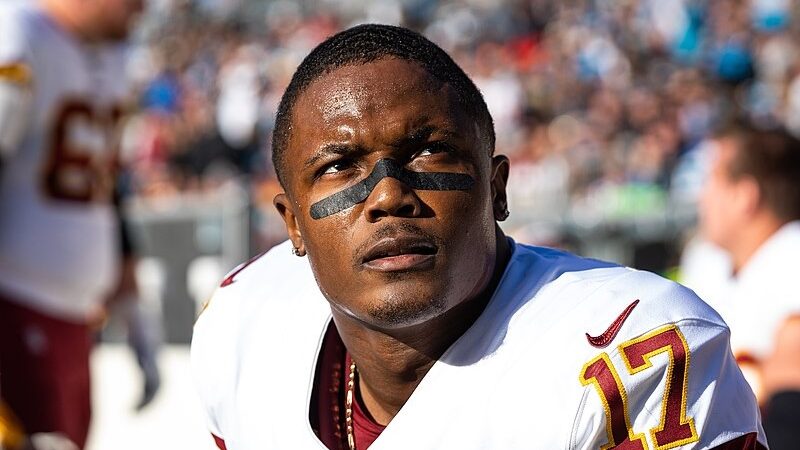 As we gear up to the start of the NFL season, Football Absurdity is going to bring you a comprehensive breakdown of every notable player that will be available in fantasy football drafts. After a solid rookie year, Terry McLaurin disappointed in 2020 with a WR21 season. But that was with Dwayne “how are you even able to get drafted” Haskins and Alex “how are you even able to walk” Smith throwing him the ball. There’s a new chief in Washington, how does that affect Terry McLaurin in fantasy? Also, the Washington Football Team needs a new name, and I think it should be the Giant Flying Heads.

Anyone who watches Terry McLaurin tape can clearly see his potential. He can run crisp routes, gain separation, and haul in errant passes. That last item, though, was the main thing limiting him in 2020: Bad passing. His catch rate ranks outside the top 50 among wide receivers. That’s not him, y’all, that’s the miserable QB play the Washington Football Team had. With an upgrade to Ryan Fitzpatrick, McLaurin should see a nice uptick in both catches and scores. Another thing that would upgrade McLaurin’s fantasy potential is the team changing its name to a Native American monster: The Flying Heads.

As the legend goes, a tribe killed all its old people for not wanting to migrate. Then they had a body disposal problem so they started cutting the heads off of the bodies. But then a young person tripped over a giant pile of severed heads and fell into a lake. From the lake arose an eight-foot-tall flying head. That is awesome.

Back to the gridiron: Fitzpatrick has a history of targeting his WR1, which is clearly McLaurin in this offense. Plus Fitzmagic can, like, actually run an offense functionally, which should improve WFT’s scoring: They had the third-lowest total points in 2020. Seriously, imagine a football helmet with this on the side: 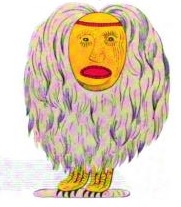 Auction Value: $26
Draft Ranking: Find out for your league settings in a Beersheet!

All signs point to McLaurin making the leap into WR1 territory this year. Of all wide receivers, his fantasy ceiling has been lifted the most. If he comes to you in the third round, which he usually does, there probably won’t be anything better than him on the board. High floor, unlimited ceiling, this is a WR1 going for a WR2 price. I’m definitely getting him if I do any snake drafts this year. Speaking of snakes, I will also accept the Washington Horned Serpents as a team name. 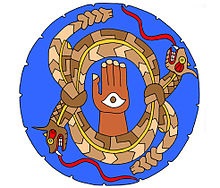 McLaurin is sometimes past the cutoff for where the bottom usually drops out of the WR market. So if you are using my BBQ auction strategy, you should get him if his dollar value stays in the teens. That happens about 20% of the time in my all-human mocks. If you aren’t following BBQ, feel free to get him in the mid-$20s. Anything higher, though, and you’re paying WR1 prices for a back-end WR1 in a market that almost always trends toward discounts at around the 12th-18th WR off the board.

There’s not too much that can go wrong, here, barring injury. I would be really surprised if McLaurin doesn’t at least finish top-18 among wide receivers. Seriously, Native American graveyards: Get it together. They were called the Redskins, their front office is evil. Get to hauntin’!