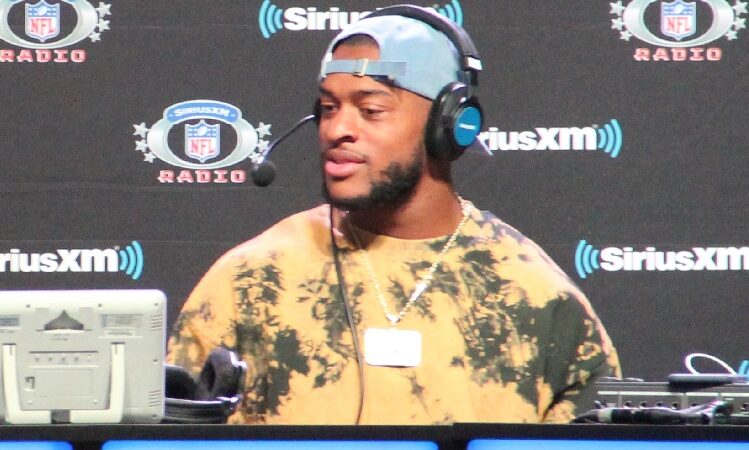 As we gear up to the start of the NFL season, Football Absurdity is going to bring you a comprehensive breakdown of every notable player that will be available in fantasy football drafts. If the NFL was written by Charles Dickens, Allen Robinson would be that Victorian pauper orphan who bounces between orphanages and really, really bad adoptive parent QBs. Can Andy Dalton/Justin Fields give Dalton the accuracy he needs to vault into the mid-WR1 zone?

Robinson has had some of the most mediocre QBs throughout his short career. Blake Bortles… Mitch Trubisky… Nick Foles. If Hermann Melville wrote the NFL, Robinson would be Ismael and Moby Dick would be any quarterback better than Nick Foles. Andy Dalton is now the signal-caller in Chicago. He’s so aggressively middle of the road his name has become slang for “an average quarterback.” If E.L. James wrote the NFL, Dalton would be E.L. James. Because she’s average. Got her. Ripped from the headlines!

And that has everyone more optimistic than they’ve ever felt. About Robinson, that is. Not E.L. James

Waiting in the wings is NFL QB Justin Fields. He’s less of a factor to me than others, however: If he’s playing and he’s bad the Bears will probably bench him. Won’t they? Oh, gosh, maybe they won’t because aggressively suspect quarterback play is the Bears’ blind spot. If Shakespeare had written the NFL, Romeo and Juliet would be the Bears’ QBs because they are short-sighted dumb sticks.

Allen Robinson Auction Value: $29
Draft Ranking: Find out for your league settings in a Beersheet!

Robinson’s current ADP of early/mid-4th round feels pretty slam dunkerous to me. He has proven he’s not injury-prone after missing most of the 2017 season. He’s been WR12 the past 2 years with the NFL equivalent of a drunken madman at the helm of the ship. Getting a WR1, even if he’s right at the very end of the list, is a pretty solid fourth-round value. If Ernest Hemingway had written the NFL, Allen Robinson in the fourth round would be For Whom the Bell Tolls because it’s pretty good.

In an auction, I use my own homebrewed BBQ strategy. So note that $29 means get him for $14 or less, or just wait for someone else to be a steal. But if you love Robinson and love spending a chunk of change for your WR1, you could go as high as mid $30s for him. If John Steinbeck wrote the NFL, Allen Robinson’s auction value would be To a God Unknown because it came out in the early 30s.

Dalton is his usual average self, allowing Robinson to vault into mid-WR1 status, which maybe falls off a bit once Fields gets worked in there. If John Steinbeck wrote the NFL, the Chicago Bears would be The Grapes of Wrath because there will be a lot of Fieldwork.

Dalton and Fields struggle and Robinson again finds himself putting up WR10-15 numbers. If Stephen King had written the NFL, this article’s gimmick would be Wizard and Glass because it’s not that good.