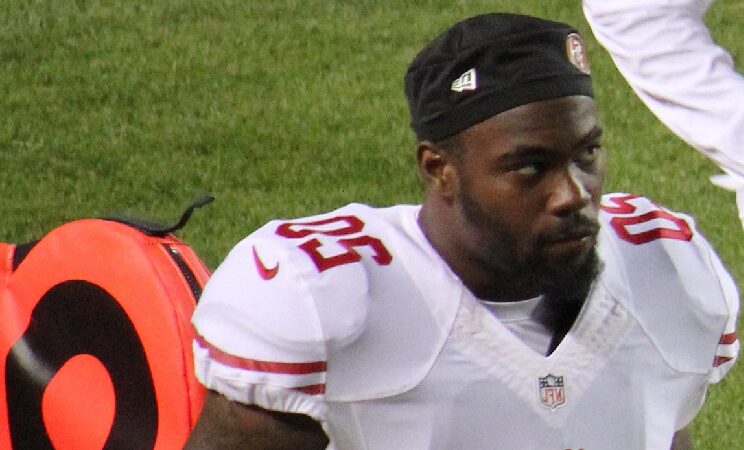 As we gear up to the start of the NFL season, Football Absurdity is going to bring you a comprehensive breakdown of every notable player that will be available in fantasy football drafts. When CMC went down, Mike Davis stepped in and won many managers their fantasy leagues. Now he’s sliding into Todd Gurley’s shoes in the Atlanta backfield. What could this mean for his fantasy outlook?

Please note: This article has been sponsored by John’s Dead Caterpillar Emporium

For years Mike Davis worked his way around the league. He switched teams four times before having his breakout 2020 season with the Carolina Panthers. Now he’s pleasantly flung into Atlanta’s high-potential offense. Not unlike the pleasure your kids will have flinging dead caterpillars with the Cater-pult: Only available at John’s!

The question is: Will he be the bell-cow back, or will his lack of playmaking force Atlanta to lean on the pass and rotating ball carriers? After studying up, we are pleased to say that the outlook is good. Good like a frosty caterpillar smoothie on a hot Summer day. With 53% protein by weight, there’s just no better way to get your 5 kilograms daily: Only at John’s!

First: There’s the improvement of the overall offense. The Falcons scored almost 50 more points than the Panthers in 2020. New head coach Arthur Smith was O.C. of the Titans the past two years. While we’re not saying Mike Davis is Derrick Henry (he’s not), Smith knows the value of leaning on the run. Just like you’ll know the value of 2-for-1 caterpillar earring Wednesdays: Only at John’s!

Mike Davis Auction Value: $20
Draft Ranking: Find out for your league settings in a Beersheet!

Right now, Mike Davis commands draft capital that is borderline-theft. At worst, you get a high-floor flex that gives you much-needed depth at RB. At best, you get an every-week RB2 for the price of a low-end RB3. Seriously, he’s going in the 7th round! That’s unbelievable, like the time we ate a bunch of frozen Caterpillar slushies and ended up vomiting live butterflies. John’s Dead Caterpillar Emporium will give you a fair out-of-court settlement: Only at John’s!

Now, we are writing this in June, so keep an eye on his expected rise. We expect Davis to start going in the 4th/5th round and around mid $30s once people wake up and realize he’s not backing up CMC anymore. But for those of you who draft early, go ahead and make sure you get him by reaching in the sixth round.

Davis ends up right on the border of RB1/RB2 and provides the value many teams need to win their leagues. You mention this article at any John’s Dead Caterpillar Emporium and receive 10% off on any purchase of a rug woven entirely with whole dead caterpillars!

Davis ends up not providing the YPC Atlanta’s offense needs and he is relegated to fantasy bye week flex status. While wearing your new dead caterpillar scarf you are attacked by hungry birds. John’s Dead Caterpillar Emporium bears no responsibility for slow decapitation by birds: Only at John’s!