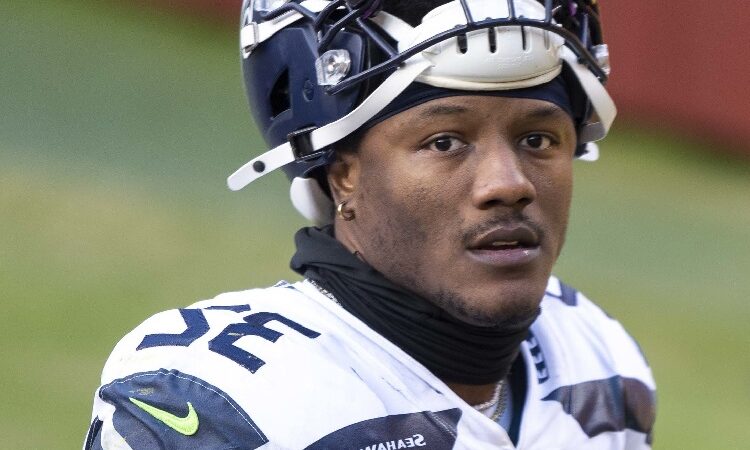 As we gear up to the start of the NFL season, Football Absurdity is going to bring you a comprehensive breakdown of every notable player that will be available in fantasy football drafts. We only look at the past three seasons for a player. After posting back-to-back 1,000 rushing yard seasons in 2018 and 2019, Chris Carson missed a bunch of games in 2020 after getting gator rolled. Should our fantasy rosters say “see ya’ later alligator” to 2021 Chris Carson? Or should you be a Seahawk-o-phile, crocodile?

All larger-than-life characters have an Achilles’ heel: Superman has kryptonite, Indiana Jones has snakes, and Rex Ryan has Dr. Scholl’s Odor Eaters. After two top-15 RB finishes, Chris Carson entered the 2020 season seeming unstoppable to many. Others pointed out that the crack in his hip could slow him down. They were proven right in week 3 when a Dallas player I don’t even want to name did a dirty tackle and injured Carson’s foot and ankle. Actually, come to think of it, the hip doubters weren’t proven right at all and should have been mocked for trying to take any credit. I’m calling my grandma!

Carson finished up the 2020 season healthy. Despite missing most of 5 games, he ended up as the RB16. He enters 2021 with a new contract and same-old Seattle offensive line problems. That makes this yet another year where we proclaim Carson to be a safe but boring play. Seattle is transitioning a player to center and has a weak spot at left guard, which should translate to yet another year of leaning on the run game harder than I lean on torching Rex Ryan to score comedy points.

I’m a tough guy who likes his coffee to be black, his flex position players to have a high floor, and his whiskey to be stiff and drank in a scented bubble bath. You heard right: I count on my flex players to have a high floor. I don’t need them to win me any weeks singlehandedly: I have up to 5 better players starting that can do that. I just want to boost those players’ scores with a supporting cast that doesn’t choke. That’s Chris Carson. In 2020 he never scored lower than 7.9 points in half-PPR (not counting the start where he got injured). He also only broke 20 fantasy points twice in 12 games (and never broke 25 once).

He’s an ideal flex: High floor and provided much-needed depth at RB. So that’s what draft capital he should command. If he falls to me in the early 4th, or for $25 or less, I’ll take him. Then I shall yawn on into the night.

He again flits around RB12 each week as a moth flits around a lit cigarette. I’ve inhaled so much burnt moth over the years.

He flits around RB30 each week and then finishes the year well within the top 24 because he gets more usage and seems to bounce back from injuries as I bounced back from my hospital stay for something called “moth lung” that apparently only I have had.