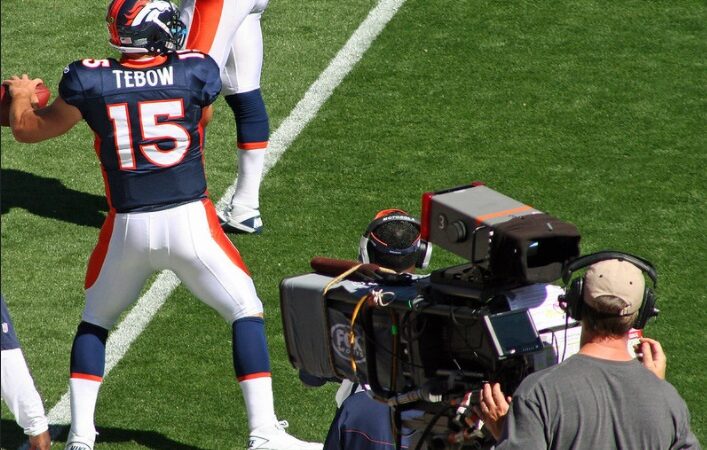 Throughout the modern era, carnival barkers have used freak show exhibits to bring in paying customers. Jacksonville coach Urban Meyer is continuing this tradition. The Jags are signing former QB Tim Tebow to play tight end. The only possible end goal of this is to usher in thousands of gaping yokels, hoping to see the Heisman-winner get murked on the field.

Tebow stands at a meager six-foot-three-inches. Last year, that would have placed him as the second shortest tight end in the NFL (ahead of only Irv Smith). Like the little people that P.T. Barnum would parade out, this natural aberration should prove quite the popular show.

However, Tebow is not just being brought aboard for visual shock value. In addition, the former host of Home Free(who joined the season the show was canceled) is expected to have a great locker room influence. Tebow will mentor the many players who are struggling to remain virgins. Also, his presence will motivate all the third-string players, creating much-needed depth. After all, getting cut by a team that signs 33-year-old Mister Jesus to play a position where he has no experience isn’t something a career can really recover from.

Furthermore, the Jags signing Tebow might be just the beginning. Rumors are flying that Meyer has more plans. He might even be amassing an entire panel of oddballs. Sources are saying this. Sources we can’t name. Word is that Meyer wants to have world’s-tallest-man Sultan Kösen. Meyer will have him stand on the sidelines, sipping from the Gatorade bucket like a teacup.

More on this story never, because I have reached my desired word count.

For more Football Absurdity, click these links and then look at them through a kaleidoscope, you sick seekers of the strange and absurd!