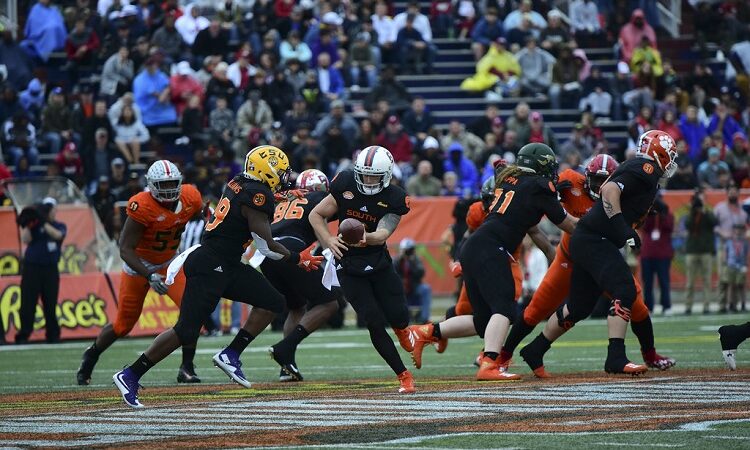 You don’t have control over the randomness of fantasy football. You do, however, have complete control of how awesome your league mates think you are, and that starts with a punchy team name. Our writers’ room has been pitching names ever since the NFL draft ended. Here is our piping-hot  first batch of 2021 rookie fantasy football team names!

2. Marshall about that Chase (No Tremble)

Sure, that song is seven years old. But we’ll make an exception when it means we get to pack in THREE 2021 rookies. Knock out a Terrace Marshall, Ja’Marr Chase, and Tommy Tremble fantasy team names with one blow. Plus, it says NO Tremble, so you can use it even if you don’t have Tommy T.

Three more player names, although Kroft isn’t a rookie. But Mac Jones and Ja’Marr Chase are, and we’ve got fantasy football team names for ’em.

Yeah just one player, here, but we got his name in twice. Ja’Marr Chase rosterers, take note of this fantasy football team name.

6. Sermon on the Mond

Great for that all-Christian fantasy football league you’re in alongside Trey Sermon and Kellen Mond. Seems like everyone is in that league!

Gonna be a large demand for Kyle Pitts fantasy football team names, so we’ll keep ’em coming. And we threw in D’Wayne Eskridge there as a bonus, free of charge!

Okay, it’s only one player: Jaylen Waddle in this fantasy football team name. But we wanted to throw an easy one out there with a short number of characters, for those in leagues where you can’t have a long team name (glares at Yahoo!)

You thought we were going back to ancient history with that Meghan Trainor song? How about an ACDC hit from almost 50 years ago! Hey, it gets your Travis Etienne and Dyami Brown team names out of the way, so it makes the cut

Starting to get those Trevor Lawrence team names flowing. Rashod Bateman and Tommy Tremble getting stuffed into this team name sandwich, too!

We wanted to try to fit Rashod Bateman in there, too, but #9’s substitution of Bateman for “bacon” is as far as we like to stretch it. So we put a Tee Higgins in there, alongside Trevor Lawrence in this short team name.

Kadarius Toney is absolutely gangbusters for fantasy football team names. We will probably get good mileage out of Tre’ McKitty team names, too!

Alright, that’s our first baker’s dozen. Bookmark this, as we’ll be linking new 2021 rookie fantasy football team names at the top of the article as they get published each week!

For more Football Absurdity, pour all your hopes and dreams into clicking these links! 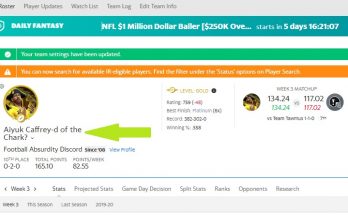