The Chiefs and the Bills square off against each other for the second time this season. The Chiefs stymied the Bills the first time around, taking them down 26-17 back in week six. Now the two young hotshot quarterbacks square off with a spot in the Super Bowl on the line. The Kansas City Chiefs are the obvious favorites in this one. They have Patrick Mahomes (probably) and are the defending champions. But, the Bills still have a path to victory in the AFC Championship Game. How do the Chiefs stave off the Buffalo Bills, and how do the Bills climb the mountain to make it back to the Super Bowl for the first time since their disastrous quadruple-tap (with no titles) in the 1990s?

How the Buffalo Bills Win

The Buffalo Bills will go exactly as far as Josh Allen will take them. He set career highs in touchdowns and passing yardage, as well as a career-best interception rate. Allen had half of his picks in three games this season (all three Bills losses). Back in week six, Josh Allen had just 122 passing yards, 42 rushing yards, two touchdowns, and a pick. If he negates the pick and (at least) doubles every other statistic, the Bills will run away with this victory. Why? Because you can hope to slow down the Chiefs, but your best bet is to just outscore them this season…

I pointed out last week that both teams to defeat the Chiefs did so while topping 32 points against them this season. That didn’t change last weekend, as Kansas City took down the Browns 22-17. The two teams that defeated Kansas City this season—the Raiders and the Chargers—just crushed them in a shootout. They were the only two teams this season to top 32 points against the Chiefs. Two other teams, the Raiders (again) and the Panthers topped 30 points and lost by a combined 6 points. The Chiefs are 2-2 with a -9 point differential if the other team tops 30 points. The Buffalo Bills averaged 31.3 points per game this season, the highest in the AFC and second-highest in the league. If anyone is up to the task to out-shoot the Chiefs, it’s Josh Allen and the Buffalo Bills.

The Bills’ linebacking corps is a mess. Specifically, they’re a mess against opposing tight ends. They gave up the most receptions (92) to the position on the season, and the second-most yards (993). If they just hold Travis Kelce to their average receptions and yards allowed to tight ends, that comes out to 6 catches for 62 yards. That’s going to be a difficult task given that the guy on the other side of the field is Travis Kelce. Kelce went under 62 yards just twice this season, en route to the tight end yardage record. His third-lowest total of the season? Week six, where he had 65 yards… against the Buffalo Bills. The linebackers proved themselves up to the task in week six, and they did it without a quality starter in Matt Milano.

This seems fairly obvious, but Chiefs fans had a collective puckering last week. Patrick Mahomes took a weird hit and tried—and failed—to get up and walk it off. The replays didn’t show any sort of obvious mechanisms for concussion, but the Chiefs quickly ruled him out for the rest of the game. Reports are that Mahomes was “choked out” and not concussed:

A source has told me

“Patrick passed all of his tests last night. He didn’t actually hit his head, there was a nerve in his neck that got tweaked that made him out of it. He’s getting testing done on his neck/nerve today but did clear all tests last night.” @610SportsKC

This actually makes sense. If you lose consciousness because someone cuts off blood to your brain, you probably would fail concussion protocols. If the Chiefs do not get Patrick Mahomes back, they do not have a chance. Luckily, the Chiefs have “a lot of confidence” that their superstar quarterback will return for the AFC Championship Game (per Jay Glazer).

The Buffalo Bills sit at +4 on the year in turnover differential, which means they had more takeaways than giveaways on the year. The Chiefs ended up at +6 on the season. However, the Chiefs’ strength in this regard and the Bills’ weakness lineup for the Chiefs to potentially run away with this one. The Chiefs rank extremely high because they tied for fifth in interceptions, and barely turned over the football. The Bills, unfortunately, had 22 turnovers this year (eleventh-most). The Chiefs’ ball-hawking ways mesh well with the Bills’ offensive propensity to cough up the football. Tyrann Mathieu walks out of this one with two turnovers, then the Chiefs are going to take down the AFC Championship Game and return to the Super Bowl.

I mentioned Tyrann Matthieu because the flexion point for this game, on the Chiefs side, comes in the secondary. Last week I thought it was the front seven who carried the keys to defeating the Cleveland Browns. The Browns want to go through you, but the Bills want to throw over your head. They had the #1 wide receiver in receptions and receiving yards in Stefon Diggs this year, and also have John Brown, Cole Beasley, and—as we saw in the Wild Card round—Gabriel Davis. The Chiefs DBs will have their hands full this week. Nobody came close to passing to their wide receivers as much as the Buffalo Bills (74.9% of targets went to WRs, and the number two team, Carolina and the Jets, tied at 70.5% of targets). The Chiefs’ DBs should be up to the task, as wide receivers against them caught the football 59.89% of the time, the second-lowest rate in the league. 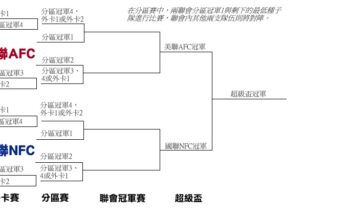 2021 Conference Championship Predictions from Our Experts and Comedians 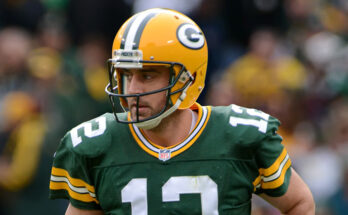