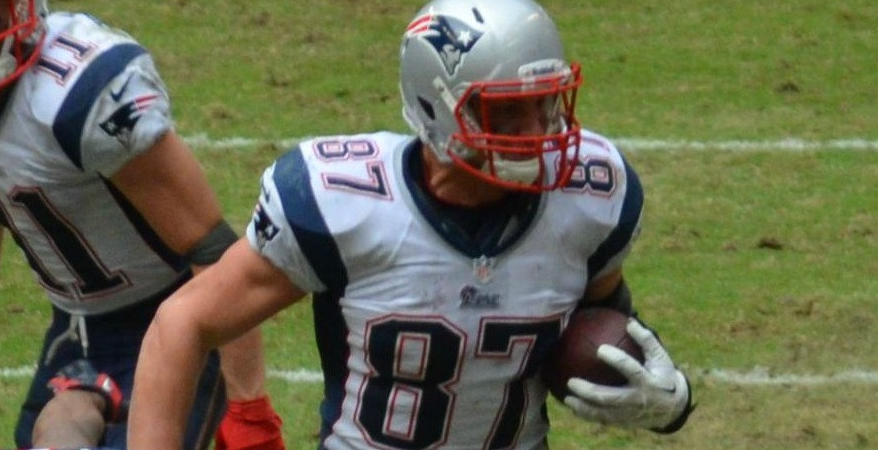 Brutal doesn’t even begin to describe week two. Brutal italicized and bolded? Brutal. That’s getting there. The injurypocalypse took the league by storm, and I doubt it left your team unphased. That means that it’s time to sort out some roster moves, so you need some drop candidates. Waleed Ismail has you covered for the players to add this week on waivers. But who do you drop? Who makes their way off your fantasy football roster? Let’s take a look at the cut list for fantasy football week three.

First, a disclaimer: if you roster one of these drop candidates and have an IR spot, you can put a player that isn’t out for the season in there. Do it. It doesn’t hurt anything, and it’s free!

This one might hurt to say or hurt to think. But, Tampa Bay’s passing game can’t get on the same page. Through two games, he has just 456 passing yards, three touchdowns, and most surprisingly, three interceptions. He threw just one this week after two last week. Tougher matchups are on the horizon, with Denver, the Chargers, and Chicago on the docket. Things aren’t getting better for Touchdown Tom anytime soon. And like the saying goes, “always count out touchdown tom.”

He’s not a preferred drop, but he’s probably your #2 quarterback. Don’t go out of your way to drop Tom Brady, but if you’re in a roster crunch, it’ll be almost Halloween before you want to start him again.

Looks like six percent of you listened to me last week. Remember his disastrous week one performance that only netted 15 fantasy points? He scored 14.38 in week two. The Bengals don’t look like such a bad matchup anymore, but they will have ten days rest going in. The 49ers in week four are a complete wild card (they could be starting you at LDE at that point), but @PIT and versus BAL in weeks five and six are hands-off. Wentz is headed for some choppy water.

Danny Dimes is looking more like Danny Pennies. He threw for 241 yards, no touchdowns, and a pick last week against the Bears. The Giants lost Saquon Barkley for the year in that game, and Dimes is also losing Sterling Shepard for the time being. He gets the 49ers and road matchups with the Rams and Cowboys over the next couple of weeks. Jones was always a speculative add, so move on for the time being.

Jimmy G has a high ankle sprain, so who knows how long he will miss, or how effective he will play when he returns. He’s not going to play this weekend against the Giants, and might miss next week’s tilt against the Eagles, as well. Garoppolo isn’t a transcendent fantasy football player, you can afford to miss out on his QB13 weeks if you need the roster spot. You can always re-add him next week if you desperately need him.

Saquon Barkley, consensus #2 overall pick, tore his ACL. He will miss the rest of the season.

The Bears are an extremely poorly-run franchise. They extended their scatback to big money (for Tarik Cohen) on Saturday and then cut him out of the game plan for the second time in two weeks. He has 15 touches over the last two weeks, and has just 74 total yards on the season, with no scores. The Bears just don’t use Cohen, and given the roster crunch we’re all about to face, he can be one of the first players back out on the waiver wire.

What happens when you take 2016 LeGarrette Blount and put him on the 2020 Miami Dolphins? You get Jordan Howard. Over the past two weeks, he’s averaged less than a yard per carry, but he scored two touchdowns to completely plaster over this problem. The yards per carry has to go up, but he isn’t scoring a touchdown per game, either.

Matt Breida also gets the ax because it’s abundantly clear that this is Myles Gaskin’s backfield, and it isn’t a backfield you can get a lot of value from. Gaskin played 49 snaps in week two… Breida and Howard have 47 snaps on the season, combined.

Through two games, Sony Michel has seventeen carries and zero catches, while pulling off 56 total yards through two games. He’s averaging fewer yards per carry than he has at any point in his career. Also, Cam Newton is the goal-line back. Sony Michel has one carry inside the five-yard line so far this season and just two inside the ten-yard line. Oh, and Damien Harris can come off of IR after next week’s game. Now that it’s completely evident that Cam Newton is New England’s RB1, what is the upside of rostering Sony Michel?

Phillip Lindsay is battling turf toe and his return date to the Broncos’ lineup is up in the air. At this point, I’m comfortable parting ways with the back after he had eight touches in week one, in shallower leagues. Melvin Gordon is healthier and has played on at least 63% of snaps in each of the first two games.

Coleman injured his knee at some nebulous point in the 49ers-Jets game. It was hard to tell, since every other player on the 49ers was going down faster and harder than Coleman. Even before Coleman went down, I was begging people to replace him on your rosters with Jerick McKinnon. Use this as an excuse to cut bait on Coleman, then never look back. On a day where both McKinnon and Raheem Mostert had rushes of over 50 yards, Coleman totaled 40 yards on 16 touches.

Not really. Don’t drop Will Fuller. Find the Will Fuller truther and offload Will Fuller on him. We saw the exact downside I warned about in week two, as he had zero targets before tweaking his hamstring. Such is the headache of having Will Fuller on your roster. While I don’t actually recommend cutting Fuller, I do suggest waiting until his next massive game and pawning him off on the next unsuspecting sucker. They should get a healthy appetite for goose eggs.

The Broncos announced Monday that Courtland Sutton tore his ACL, and is out for the season.

Shepard is a guy who you can throw into an IR slot if you have one available, but if you don’t, I wouldn’t worry. He has turf toe and will miss multiple games. This will make three-of-five seasons that Shepard missed multiple games. When healthy, he’s mostly a backend WR3, so if you need that, hang on. If not, goodbye.

The good news: the Cardinals offense with DeAndre Hopkins and Kyler’s second year is everything we hoped for. The bad news: everything goes to Kyler and DeAndre Hopkins. Kirk has nine targets and four touches through two games, for 60 total yards. He’s fourth on the Cardinals in receiving yards and is only ten ahead of Dan Arnold. Remember Dan Arnold? That was a fun couple of weeks.

Campbell injured his PCL and is “out indefinitely.” Campbell started hot, but locking up a roster spot with someone who is no guarantee to play again and is no guarantee to play well is a recipe for a headache. He’s not dead enough to get a touching song or a clip from a video game linked in his article, so here is one of Donovan McNabb’s Campbell’s Chunky Soup commercials, instead.

This was Gronk's lone on-target target in the game, and it was a money throw from Brady. Gotta squeeze it big fella pic.twitter.com/jNc6azRya0

No David Njoku this week meant a 98% snap share. Unfortunately, it meant just two catches for 22 yards. Hooper is quickly backsliding into the touchdown-or-bust territory. If you listened to us, you probably have one of Mike Gesicki/Noah Fant/T.J. Hockenson/Hayden Hurst, so you can cut Hooper. Wait, actually, if you listened to us, you wouldn’t have Hooper in the first place.

Herndon, the best pass-catcher on the Jets on Sunday without Jamison Crowder, Denzel Mims, and Breshad Perriman, played on 48 snaps (74%), but he pass blocked on about a third of them. After the entire 49ers DL died and Kyle Shanahan was in at NT. This was so Sam Darnold could fire passes at Braxton Berrios and Chris Hogan. I say this with no hyperbole: Adam Gase might be too stupid for you to have Chris Herndon on your fantasy football roster.

Keep in mind that all of these guys are recommended drops, they are merely candidates to clear out space on your roster. Second quarterbacks and second tight ends should be the first to go to make room for the hot new running backs or tight ends you want to get on your roster. Good luck with all your waiver wire moves in week two!