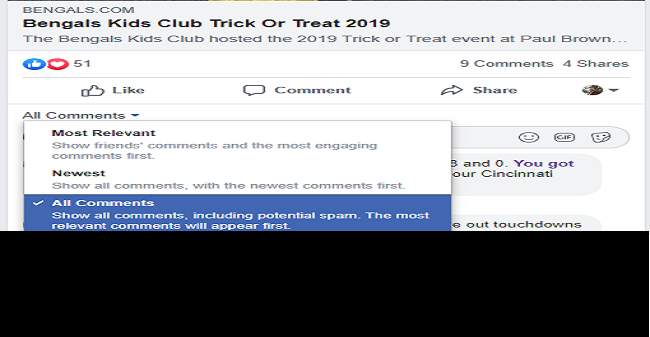 The famous German humorist Friedrich Nietzsche once quipped, “when you stare into the abyss, the abyss also gazes into you.” Well. when you shout into the abyss that is the cesspool of NFL article comments sections, I gaze at them. Those two lines might not seem related, but they both involve me going slowly insane. I’ve been staring at the ridiculous hot takes left by NFL fans (and people who are apparently boycotting the NFL but still posting comments in football articles). On to the crazy! Let’s talk about Trent Williams’ brain tumor…

Even if any of this were remotely true, which none of it is, I find a delicious irony in Washington fans criticizing the decision-making process of a guy who has had a malignant cancer infecting his brain for six years!

Then again, the concept of years seem to give people trouble across the board:

Great own, NikoBellicSteelersFan. Such a sick burn that it almost doesn’t matter that you revealed to the Internet you can’t do basic math (the 21st Century minus 400 years = the 17th Century).

Maybe I’m being hypercritical there. But I’m still not as negative as this Patriots fan:

Everyone in New England is lamenting that their 8-0 team didn’t land the most underperforming tight end since Kellen Winslow, Jr.

Instead of being hyper-critical, why not do the opposite? That is, be generally critical of everything, all the time, like this poster in an article about London games:

“I hate the NFL. I hate the players. I probably will always watch it.”

Still, their rambling diatribe is at least in English, unlike whatever language this person is speaking in the comments section of a controversial article about risky fantasy football moves that could win you your league:

Still, sometimes I wish more posts were too garbled to understand. This guy wanders into the wrong chat thread (an article about DeShaun Watson painting himself blue for Halloween). Instead of trying to find the right article for his comment, they decide to just get racist:

Finally, I am pleased (disappointed? I can’t tell the difference anymore I’m so apathetic) to share with you a smattering of comments from an article about Jimmy Garoppolo saying “baby” to Erin Andrews…

Hmm, yes, like that famous Lifetime Network film, “How does it feel to be 8-0?”

Seriously, it was like a garbage truck tipped over in this comments section:

But the comments section isn’t all people resentful because they are too odious to get laid. Some comments don’t understand when an anecdote is totally irrelevant to the conversation:

And some comments don’t seem to understand how to construct a joke at all:

Some people seem to be posting as if they have to reach a word count quota five seconds before a deadline:

Some people reveal they are probably on some sort of list of people who can’t live near schools:

I think the reveals are my favorite…

Finally, my favorite reveal, this poster’s unintentional reveal that they have zero real friends:

Keep working on yourself, Robert, you’ll be happy one day.

That’s all I can take, this week. For more Hot Takes from Crazy People, check these out:

One Comment on “Hot Takes from Crazy People: The All-Time Worst NFL Comments in the History of This Week”