Ben Roethlisberger has an elbow injury that might need surgery. However, rather than throw millions away by having their star quarterback sit out the season, the Pittsburgh Steelers could save millions by consulting with my extensive product development firm. I have a list of inventions that could have Ben back on the field (and on my fantasy teams, although that has NOTHING to do with anything, and I certainly did not rush these products out in hopes of saving my fantasy football season). 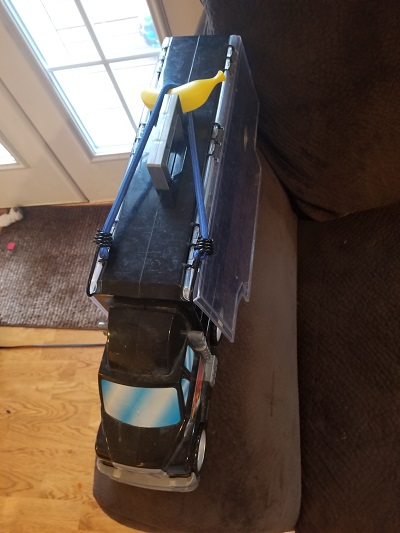 This patented, patent-pending device allows Big Ben to fire a pass without moving his arm. Simply strap the truck to his wrist, pull back the bungee cord, then fire the football right into Juju Smith-Schuster’s waiting arms (note: I did not have a football, so I used a plastic banana). It doesn’t have to be a toy truck, that’s just for the model. It could be a toy submarine, or a toy racecar, or a toy airplane. The scalability to multiple platforms is the elegance of this surefire device. 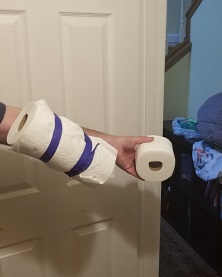 Using space-age technology I could run a high-tech carbon tube along Ben Roethlisberger’s elbow. This would prevent it from bending at all. So the arm could heal in-game while Ben tosses winning touchdowns.

Note: He would have to learn to throw it without bending his elbow. Extensive testing has found that a sidearm toss seems to get the most distance.

Note: The actual carbon rod is still in the finishing stages of development, so I used a roll of paper towels and painter’s tape as a stand-in. Also, still don’t have a football so I used a roll of toilet paper. The integrity of the design still stands, however. 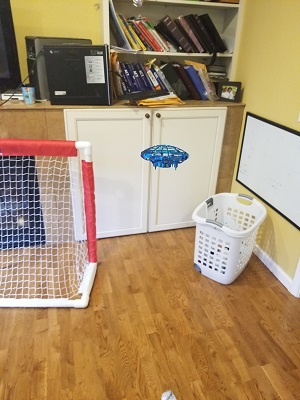 The future is all about drones: Drone delivery services, drone blood donation, drone cloud seeding to control the weather. So the Steelers should stay up on this technology by having the football delivered from Ben to his receivers using my innovative flying device, This is all very official, so I painstakingly outlined the final engineering plans in Autocad: 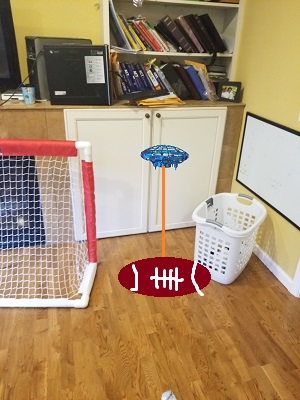 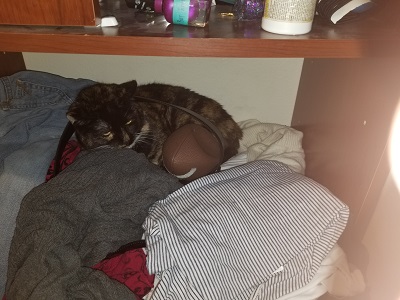 This is a cat, to which I have belted a toy football. I went to the store to buy a real football, but they cost like $10, and the Hoovler International Conglomerate for Ultra-Tech Development and Innovation does not currently have a research budget.

The idea is that Roethlisberger deploys this cat who dodges tacklers until he gets to the receiver. Trust me, this cat won’t get tackled, it took me half an hour to set this picture up. 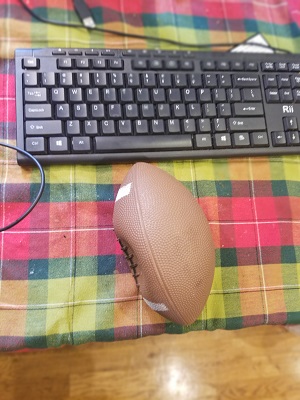 After hours of testing, I have figured out that footballs can be deflated. So, what if we do some sleight of hand? Ben acts like he’s throwing the football, but instead hides it up his sleeve. His targeted receiver sneaks out a deflated football from their uniform and pretends like they just caught it. In order for this ruse to work, we have to have a reason why the ball deflated in midair. So, I propose we graft a hook in place of one of Ben’s hands. He’s already getting surgery, let’s just do a bit more work on there, the season is at stake!

Check out all our comedy articles, like the funniest moments from week 1

For free fantasy football advice, join our Discord or Twitter, BUT NOT BOTH FOR THE LOVE OF HUMANITY.

One Comment on “Does Ben Roethlisberger Need Surgery? I Say NO and Have 5 Reasons Why”