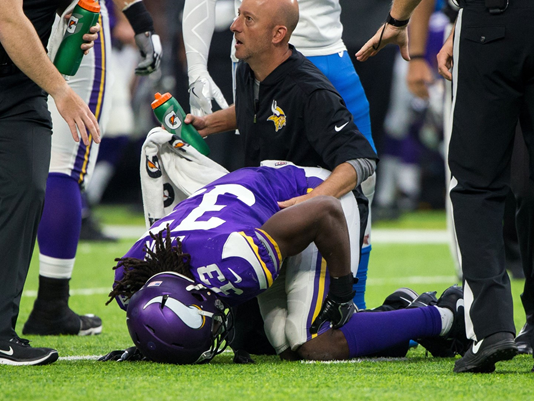 It’s the first week of the fantasy football playoffs in most leagues, and that means, statistically, fewer people than ever should be reading this article. Nevertheless, if you are reading this, congratulations on the playoffs! Our weekly start or sit articles hope to help you make some informed decisions in your league every week, and we continue by highlighting three wide receivers with good matchups this week.

On Sunday night, the number one offense in football matches up with the number one defense in football.  In today’s NFL, I always side on offense.  Especially when both teams are in the top-five in scoring.  While the Rams are a tough match-up on paper against the run, it is hard for me to turn away from Tarik Cohen.  Over the last four weeks, Cohen is averaging 13 touches per game for  85 yards.  He has 2 touchdowns in that time span.  Cohen has been a low-end RB2 with big-play potential and I want to start him in the game where big plays will abound.  That is why you should start Tarik Cohen in week 14.

If you are a Dalvin Cook owner and reading this, you have survived ignoring my advice regarding Cook at the start of the fantasy football season and inexplicably made your playoffs.  The good news is your past worries should be behind you.  Over the last four weeks, Cook is starting to look more like himself.  Unfortunately, his usage is troubling.  But after the Vikings frustrating loss to the Patriots, coaches expressed an interest in getting Cook more touches.  The Seattle Seahawks will be a good team to do this against since they give up the 12th most fantasy points to opposing running backs.  The reason we should believe the Vikings coaches is that they need a running game to take pressure off their offensive line problems.  For this reason, I think Dalvin Cook is a solid start option for week 14.

Since their bye week, Gus Edwards has been averaging 20 carries a game.  That puts him in the top-five amongst running backs during the time span.  Unfortunately, he has been lacking in touchdowns, which has kept his fantasy numbers down.  In week 14, Gus Edwards gets to face off against a Kansas City Chiefs team that gives up the 2nd most points to opposing fantasy running backs.  Workhorse status combined with plus match-up makes Gus Edwards a must-start in your first round of the fantasy playoffs.

These three middling RB2s are all solid options to help your team this week, but if you’re trying to decide who to start or sit between them, I would go with