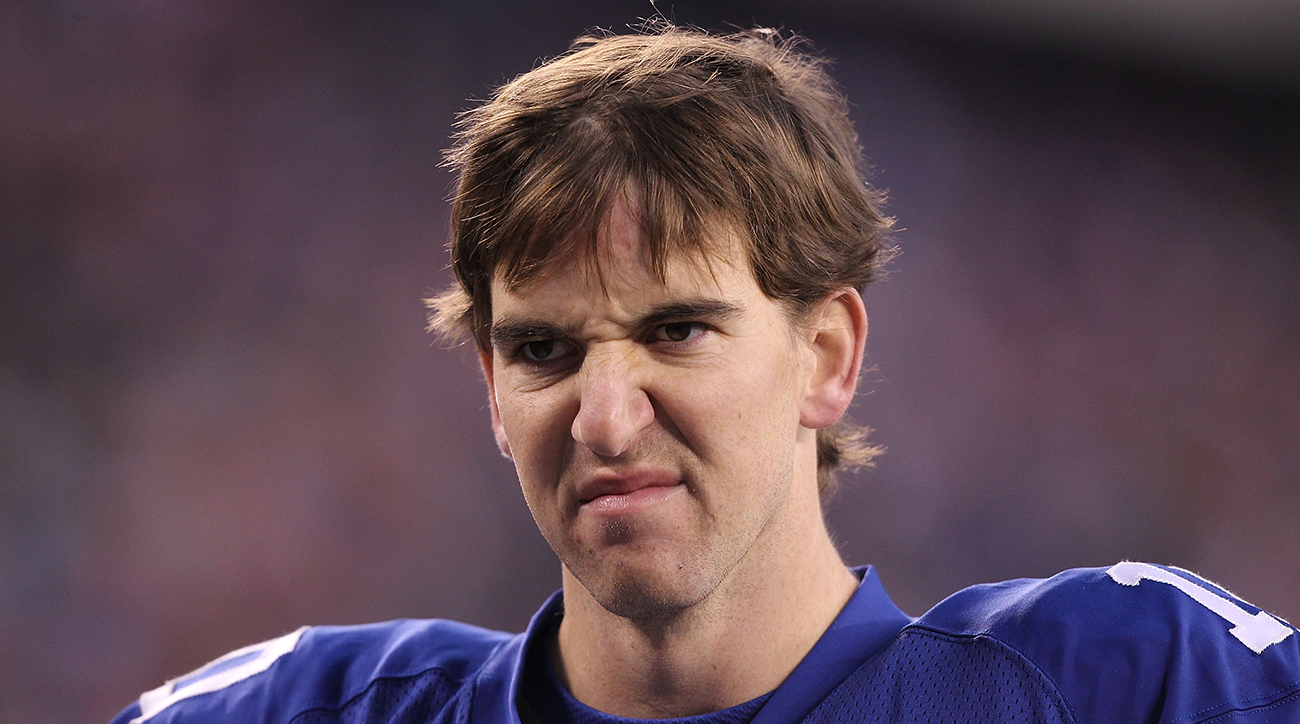 Week 11 is upon us, which means that some of us are just two games away from worrying about our fantasy football playoffs. If you’re still reading this, congratulations, the marginally-long slog of the fantasy football season hasn’t broken you yet. Every week, we at Football Absurdity like to highlight players with marginal matchups that you might get a wild hair about. We hope to provide you with some basic facts to help you inform your decisions. This week’s start or sit kicks off with three signal callers who aren’t going to be on any start of the week lists, but who might have entered your consciousness through the fantasy football zeitgeist.

This is an extraordinarily good week for streaming-level quarterbacks facing bad defenses. Eli Manning, fresh off a three-touchdown performance in San Francisco is hoping to make it three top-twelve QB days out of his last four efforts as he takes on the second-worst pass defense against opposing quarterbacks this year. The Buccos will also be without Lavonte David, which means more dump offs to Saquon will go farther, which means ol’ moonface Eli will get passing yards for doing almost nothing. Before Alex Smith did his whole Alex Smith routine against Tampa Bay, they had allowed multiple passing touchdowns in six straight weeks, and seven-of-eight weeks on the season. They haven’t had an interception since Big Ben in week three, and Alex Smith was the first quarterback to get fewer than fifteen fantasy points against them. God, Alex Smith sucks. So does Eli Manning, but at least he has Odell Beckham to throw to. If you picked him up to stream him against San Francisco, hang on to Eli. Start or sit Eli Manning? Well, he showed last week that he still has enough in him to mine those for fantasy glory. He is a start this week unless you have another strong player in a good matchup (which you might!).

Don’t look now, but Dak is putting together a nice run of games that make him a viable start or sit candidate. After starting off the season disastrously (only one game over 15 fantasy points in his first five games), Prescott has been set loose, posting QB10 numbers since week six. He torched the Jags and posted 20+ days against both Washington and Philly in their own houses. His only stumble was on Monday Night Football against a Titans team that shut up Tom Brady last week, so he gets a pass on that one. Dak Prescott is good again, folks, and the addition of Amari Cooper will give him an even higher ceiling than when he was throwing to Cole Beasley (shocking). This week he plays an extremely beat up Falcons defense in the  NFC South racetrack that is Mercedes-Benz Stadium (not to be confused with the NFC South racetrack that is the Mercedes-Benz Dome). Dak getting the Falcons at home is a massive boon for his floor: the worst game they’ve yielded in Atlanta was Eli Manning throwing for 399 yards and just one touchdown; the best game they’ve allowed on the road was Baker Mayfield going for 216 and three last week. If that’s not enough to sway your decision to start or sit Dak Prescott consider this: The Dirty Birds allow 150 more yards, 1.6 touchdowns, and 12 more fantasy points in Atlanta than on the road this year. Start Dak, he’s going to blast through the ceiling.

It’s been a tough go this year for Josh Rosen as the starter in Arizona. His OC sucked, and was replaced with a guy I swore was the backup in Houston or something (Byron Leftwich). Leftwich has seemingly dedicated himself to un[censor]ing the Arizona offense by giving the ball to his best players. While that doesn’t include Rosen just yet, the ball flows through the rookie signal caller. Rosen’s results with Leftwich as OC have been mixed, but so have his opponents. Rosen took on a porous Niners defense and rocked it for 20.28 fantasy points, then the Home Chiefs stymied him. Luckliy, he gets a Raiders team this week that has cut every player who doesn’t suck. Drew Brees struggled last week, but continued the trend that goes back to week three of opposing QBs throwing for at least two touchdowns against the Raiders. Prior to Rivers “only” having two touchdowns, Nick Mullens, Andrew Luck, and Russell Wilson all threw for three against the Raiders. It’s not often that I can recommend, “start” for the question “should I start or sit Josh Rosen,” but this week’s start or sits have some unusual quarterbacks with some nice matchups. He’s a desperation, for sure, but things could be worse.

None of these guys can be viewed as weekly starters, but are valid entries into the start or sit conversation. This week, I would go