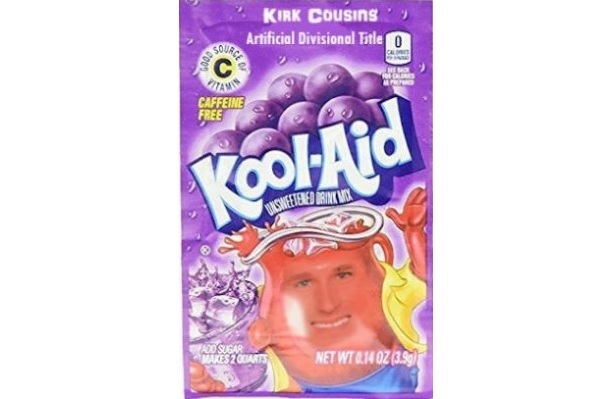 Week eleven is upon us, which means that some of us are just two games away from worrying about our fantasy football playoffs. If you’re still reading this, congratulations, the marginally-long slog of the fantasy football season hasn’t broken you yet. Every week, we at Football Absurdity like to highlight players with marginal matchups that you might get a wild hair about. We hope to provide you with some basic facts to help you inform your decisions. This week’s start or sit continues with three QBs who started the season on the fringe of respectability, before falling on hard times.

Things certainly fell apart in a hurry for the Cincinnati Bengals and Andy Dalton. With A.J. Green in a walking boot during their bye week, the rest of the Cincy offense forgot they had a game to play against New Orleans last week. They were smacked down and didn’t even get any decent garbage time production out of Andy to balance out the awfulness. That’s bad and shows an offense that isn’t built to take advantage of a soft defense that is just running out the clock (literally). Dalton had fewer than 155 yards passing for the second time in three games (at Arrowhead, another “boat race”). We probably forgot because he dropped 20.20 fantasy points on the worst passing defense in the league before peacing out for the bye. But it doesn’t take the crack research team of Hugh Downs and Barbara Walters to discover why he isn’t a great play this week. His WR1 is Tyler Boyd, his WR2 is a tackling dummy on a Roomba with a bucket attached, and his team just hired Hue Jackson. I’m hoping this makes it much easier for your decision to start or sit Andy Dalton.

If you want to pretend like he has a good matchup, you can stop that right now. The Ravens have given up big fantasy days recently, but they played powerful offenses (New Orleans, Carolina, & Pittsburgh). They tend to overwhelm middling competition, with Marcus Mariota, Case Keenum, and Baker Mayfield all failing to hit 20 fantasy points against them. Dalton dropped four TDs on them earlier this year, but that was a different Bengals offense. This one is a mess. Andy Dalton is a streamer, a weekly “start or sit Dalton” question. This week, stay away. Sit Andy Dalton until the Bengals sort themselves out.

I was an early proponent of Kirk Cousins, with one of my all-time boner calls being advocating for keeping Kirk Cousins and trading Patrick Mahomes early in the season. Luckily, that guy was smarter than me. Things have gone poorly for ol’ Kirk, of late. Over the last five weeks, he has seven touchdowns and three interceptions. He is QB23 in that timeframe (for reference, Dak Freaking Prescott is QB10). He threw for 359 yards and two scores against the Saints, but everything surrounding that has been a mess lately. Outside of that game, he hasn’t topped 250 yards passing since week five and has multiple touchdowns just once. He’s game managed the heck out of the Vikings, but that doesn’t give us fantasy points. This week he gets a Bears defense that has only given up three touchdowns in regulation to Aaron Rodgers and Tom Brady this season, and a Bears defense that hasn’t allowed a 300-yard passer in regulation, either. Matthew Stafford garbage-timed himself into two scores last week, which makes it three passing touchdowns in the last three games for opposing quarterbacks. Kirk Cousins was supposed to be a set-and-forget starter for you, not an every week question of, “should I start or sit Kirk Cousins.” But the question about whether you should start or sit him has become extremely valid. You should sit the man I once called “the platonic ideal of a QB8,” at least until he becomes at least QB18.

Start or sit Alex Smith? Hmmm… Alex Smith has had two of the best possible matchups over the last couple of weeks, and he managed to completely bumble them away. He has thrown for multiple touchdowns just once since week three. The offense around him is terrible, his weaponry is terrible, and he somehow is still owned in over 40% of leagues. What is wrong with you people. He has passed 180 yards passing ONCE since week five. Stop believing in Alex Smith. This is a plea to you 43% of owners who still own him. Cut him; he’s no good and he’s no good for you. This week won’t be a bounce-back week for him; the Houston defense has allowed four passing touchdowns in their last five games, and they have six interceptions in that stretch. Don’t even bother worrying about whether you should start or sit Alex Smith for the rest of the season. Sit him, through the bottom of your roster, onto your waiver wire. This is a plea to everyone’s better judgment. To the 43% of leagues where he is still owned: you’re absolutely killing me.

None of these guys can be viewed as weekly starters, despite their preseason expectations. If you have the unholy misfortune of trying to decide between them, I would go with: