It’s fantasy football week nine, and the difficulty level matches the week. This week is one of two times this year that six teams are on a bye. With Indianapolis, Cincinnati, the New York Giants, Philadelphia, Arizona, and Jacksonville all on Byes, we are left searching for temporary replacement players. We at football absurdity help you decide who you can start or sit each week, with this week probably being the most difficult so far. Each week we take a look at six players at each position (across two articles), and give you a break down as to why you should start or sit them. In this article, we hope to answer your questions about whether you should start or sit Dak Prescott, Case Keenum, or Ben Roethlisberger?

Call me crazy that I don’t think that bringing in a man with just one season carrying a catch rate over 56% will save the Dallas Cowboys this season. Amari Cooper isn’t going to fix the offense, but he may fix Dak Prescott in time. In time is the key word there. Despite the Bye week to get situated, I doubt Cooper does enough to materially change Prescott in this game. Oh, and all that is if Amari even gets out of the concussion protocol. Prescott has been doing a decent approximation of a hot streak, scoring 50 fantasy points over his last two games. However, this week he gets a Tennessee squad on Monday Night Football that has held three of their last five opposing quarterbacks under 13 fantasy points, allowing just one passing touchdown per game over the last five weeks. This week is desperation city, with six quarterbacks on Bye. However, if you are desperate enough to wonder if you should start or sit Dak Prescott, you’ve already lost.  Sit him this week, it’s not going to be pretty on Monday Night Football.

Through eight games, three quarterbacks have not scored at least 21 fantasy points against the Chiefs. That’s not entirely true; three games have seen quarterbacks fail to crush the Chiefs passing defense, but Case Keenum has done it twice. He’s not a reliable quarterback, and has shown his production (like his accuracy), is scattered and unpredictable, at best. He started the season with eight touchdowns in three games but has thrown five in the following five games. He’s all over the place, and he lost Demaryius Thomas on a Tuesday afternoon before a Sunday morning game. Not an ideal turn of events. The Texans have rounded fully into shape; they’ve allowed three passing touchdowns across the last four games after yielding four to Andrew Luck. They’ve also notched ten sacks and six picks in that time span. Life is going to be hell for Case Keenum on Sunday, and if you have to decide to start or sit Keenum, you can relate. Despite the Bye weeks, he is a sit this week against a strong Houston defense.

Oh, Big Ben can’t play on the road, they say. Big Ben is especially bad against his divisional opponents, they’ll tell you. The only problem is that they are right. The haters will scream small sample size, but in six career road games in Baltimore, Big Ben has been more like Small Ben, posting an average of 14.25 fantasy points against them. He’s a completely different QB in Baltimore, throwing 1.33 interceptions and 0.83 touchdowns a game. He’s been solid, which given his history, means a nice big, fat crater game is coming. Throw in that he broke a finger in his off hand, and it’s enough to truly make you wonder if you should start or sit Roethlisberger. Given the Byegeddon of Byenadocalyptical proportions, it’s entirely likely you cannot get away from Ben. I would sit him, but it is understandable to start him if you do not have a better option.

Starting these quarterbacks is not advisable, and wondering if you should start or sit them is worrisome. Personally, I would start them in this order: 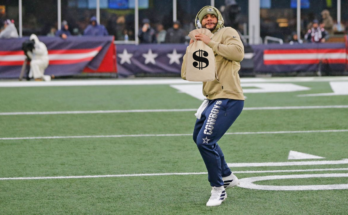