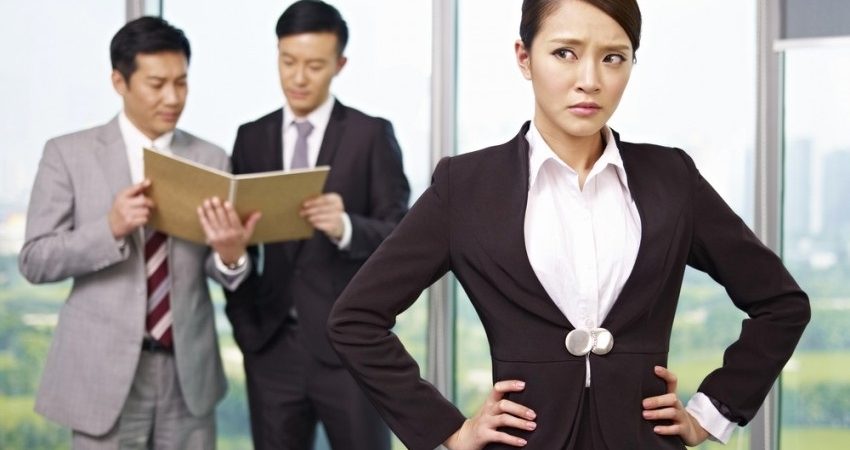 An NFL holiday hot takes riddle: What do these crazy commenters have in common with Santa Claus?

A: They both have severe social anxiety. That’s the only excuse I can come up with for why these commenters on NFL articles have seemingly zero idea how the world works.

Let’s start off with a fun batch from a Yahoo! article about the recent round of sexual harassment allegations against ESPN:

How does someone get to this point? How does someone become so broken as to believe that being in the mere presence of a female coworker means to subject oneself to a veritable lions’ den of trumped-up sexual harassment allegations?

As a man who loves dissecting human misery, I can say from extensive research that the answer to the previous question is as simple as it is tragic. First of all, these people can’t get laid by “females.” Second of all, these commenters feel entitled to the attention of women without actually going through painful self-reflection and personal growth. In order to resolve these contradictory terms, they must construct a world in which there is a vast lady-run conspiracy to keep them down. Now, once you go down this rabbit hole or, as they put it, “take the red pill,” you cannot entertain any notion that the world might not be run by a rabid pack of women hell-bent on preventing them from losing their now-vintage virginity. To the end that these sad men will lie, gaslight, and manipulate any discussion to make it seem like there is a global conspiracy and it’s totally not because they live in their mom’s basement and need to lose like 50 pounds.

To that end, check out this later comment from the exact same article:

Oh yes, this has totally convinced me that someone else supports their worldview, and is not THE EXACT SAME PERSON WHO JUST CHANGED THEIR NAME, EVEN THOUGH THEY BOTH HAVE THE SAME AVATAR. Hmmm, I think I’ve figured out why these people can’t get laid, and it’s because they are so lazy they can’t even put up convincing follow through on their ruse. Like this lackadaisical commenter, still from the same article:

Hey, Miss “Gary,” literally none of your straw-man examples were actually mentioned in the article. I would wager actual money on the reason you aren’t getting laid. I know several severely mentally deficient people who still pull a stack of tail, so that’s not it. Maybe it’s because you put about as little effort into sock-puppeteering as you do into personal hygiene and exercise!

Damn, this is sad. Let’s break away by laughing at fantasy players who STILL don’t get that no one wants to hear about their team. Yahoo! recently introduced a meta-evaluation of player’s skill levels. This led to a post by someone who is on the short list for “most annoyingly arrogant fantasy football player of the month”:

Now, I want to tear into this person, but still, they seem happy, unlike this commenter from the same article:

This is from CBS Sports’ weekly rankings article.  You know, where they directly tell you if they like Morris, Davis, or “Murry” more.

With all these NFL hot takes from crazy people, it’s nice when a crazy commenter gets a little immediate comeuppance. Like this blowhard from an NFL.com article about the large fines levied against coaches, this week:

Absent of any segue, let’s check in with my current leaderboard-topper for “most annoying fan base,” Minnesota Vikings’ fans:

Holy crap, we’ve found a Bengals fan even more annoyingly optimistic than a Vikings fan. Their mental gymnastics could get them through a bank vault laser trap.

Finally, a public service announcement. I want to make sure you are mentally healthy because I care… and also because the courts said I have to do 400 hours of community service, and I’m hoping this counts. So, as playoffs loom, take frequent timeouts to examine the “forest” and ask yourself if it’s worth worrying about. For instance, the kicker voting for the Pro Bowl falls under the category of “stuff no one should ever, ever stress about.” Someone find these NFL.com commenters and give them some yoga lessons, or some shit:

Holy crap, guys, it’s a Pro Bowl Kicker. Stop caring. I hear drugs might help with that. I woudn’t know because I’m always drug-free, thanks to non-stop alcoholism.

For More NFL Hot Takes from Crazy People, click on these links in a calm-ass manner:

2 Comments on “NFL Hot Takes from Crazy People: Females Are Empowered in the Workplace… Who Is the Victim, Here?”