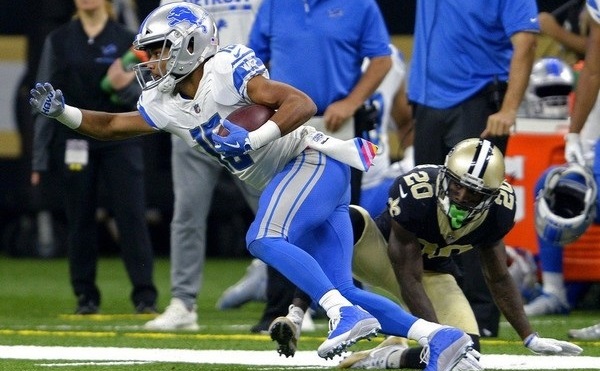 Name’s Ephraim. Been farmin’ since the second Great War. Here’s what I think about the NFL injury report for week 7. Also, I got farm wisdom.

Storm clouds roll in thick, you can see ’em coming from deep across the fields when you’re neck-high on a cornfield. Constant pressure moves the storm along, turning the cloud tips black . This is kinfolk to a sprained AC joint in the throwing arm: It sure don’t look like much, at first, but once the pressure builds up, you’ve got yourself the perfect storm.

Winston may seem ready to ride after the Arizona Cardinals came down upon his throwing shoulder like a bull sittin’ on a calf. Still, my grandpappy had a saying: Life is simpler when you plow around the stump. If Winston has dee-fickulties in taking all his practice reps, you best find your signal caller at the livestock auction, rather than place the reins on a three-legged-ox.

Well, I’ve been a farmer for 80 years, but I reckon there ain’t much I can tell you about the NFL injury report for week 7 that them mountains back there couldn’t tell you much better. Them mountains has seen their share of broken bones, torn ACLs, and autoerotic asphyxiations. But one thing those mountains don’t know is whether Emmanuel Sanders will miss 1, 2, or 3 weeks after X-rays on his ankle came back negative. What the skies ain’t seen, I can’t tell ya.

What I does know is that the Broncos have a tilt in four weeks against the Patriots of the Union Army. Their secondary gives up receptions like a heifer ranch gives up cowpies. So I’d keep Sanders safe and warm in my own stables instead of turning ’em out to free land where they might get rustled. It’s worth it to push through for better rewards down the line. As my grammy always said: Plowing the stump is hard work, but it yields the best wood.

Tate seemed to return to greatness like blisters on a farmer’s testicles during a reaping. But, also like testicular lesions, Tate’s push left him injured, angry, and childless. However, in opposition to my barren seed, Tate’s recovery from a serious shoulder sprain will gradually heal. Still, you’ll need to keep that farmhand in the bunk until after Detroit’s week 7 bye. Or even consider putting him out to pasture. My grandpappy always said, Plowing the stump is a waste. Just because you can get blood from a stone don’t mean the country doc should work in the quarry. Tate might play more, but he’ll never give milk, again.

Errata: I’ve come to learnin’ that Tate’s wife is with child. I missed it because she wasn’t on the NFL injury report for week 7. Dangnab my horrible life.

Rodgers clean snapped his collarbone, sidelining him indefinitely and ensuring he’ll never yield good chuck steaks. I say forget the NFL Injury Report for Week 7: Take him out of the fields and use him solely for breeding purposes. Naturally, this doesn’t apply to dynasty leagues. You may think farming is like a dynasty league, for that we have the same livestock year in and year out. Well, that was before I organized the farmers’ draft: Every year all us farmfolk get together and put out animals in a giant pile. We then take turns pickin’ whichever we want. That was the way it were, and nobody said a fuss. But now, big city folk be buying up land for ‘vestments. They got their high-falootin’ city lawyers who ain’t never popped a corn on their feet with a woodchoppin’ axe. Them lawyers say stuff like, “it’s not fair because that Ephraim Hanson slaughters all of his own animals immediately before the draft.” Well, get used to it bubs, the mountains don’t change. It’s like my grammy always said: The plow is a metaphor, idiot. I haven’t had an orgasm in 30 years.

Fournette’s brought home his owners many a prize ribbon in the last six weeks, but he came up lame after a particularly nasty plant while attempting to leap over a tackler like a border collie over a barb-wire fence. Now, I reckon you could ride a bell cow through a barb wire fence, but it’ll cost you a tetanus shot.

Still, the Jaguars will no doubt put Leonard Fournette back on the field immediately, as they are a no-horse town without that workhorse. He’s lucky: In my day we would have took broke fillies like this out back and shot them. And, yes, I’m talking ’bout colored folk.

View all posts by ephraimhanson →