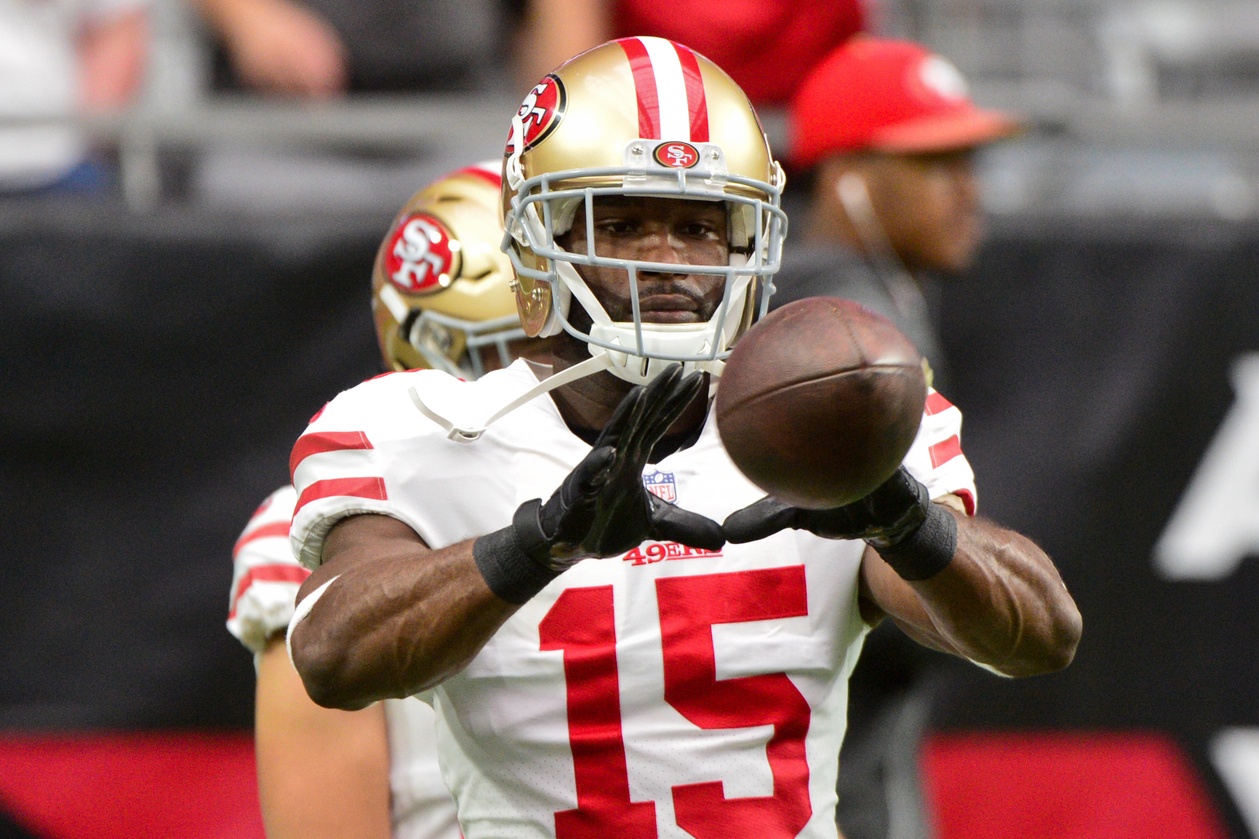 The 49ers passing offense has not been a reliable source of fantasy football goodness for quite some time now. There was some hope that Chip Kelly would turn that around last season, but that didn’t happen. There was some hope that Kyle Shanahan would turn that around this season, but he hasn’t. Or has he? The 49ers have struggled mightily in three-of-four games so far this season, but they’ve played teams in the top-half of defenses in yards allowed. Two (Panthers and Cardinals) are inside the top ten. They’ve had tough matchups and only one bad matchup. That bad matchup was the 41-39 Thursday Night Football shootout two weeks ago. This week they get the second-worst pass defense in the NFL. Is that enough for you to start the 49ers’ best receiving option in Indianapolis?

Pierre Garcon’s fewest targets this season was the Seahawks debacle in week two. He had five targets in that game, which is his absolute floor this week. I would say his ten, ten and eight targets in his other three games are a better marker of his potential in week five. Let’s just do some pure math here and call it ten targets, at his season-long catch rate of about 60%. That gives him six catches, and at his season-long clip of 14.25 yards per reception, that puts him at 85 yards on that day. That’s 14.5 fantasy points in a PPR league, which is solid PPR production. That’s just pure math without analysis, so let’s try that.

The Colts have allowed the eighth-most fantasy points to opposing wide receivers on the season. Granted, they’ve done it without Vontae Davis for most of the season. He’s back, but won’t be a bother to Garcon on Sunday. Per Rotoworld’s Evan Silva, Garcon runs 70% of his routes out of the slot or on the left side, and Davis played the entirety of his return on the right side last week.

Pierre Garcon’s addition gives the 49ers a viable receiving threat, something they haven’t had since Michael Crabtree cross the Bay Bridge to Oakland. He’s dominating the targets in San Francisco, who have struggled while playing some of the NFL’s best pass defenses. They take on the Colts Sunday, who are one of the worst. The Colts’ best defensive player, Vontae Davis, stayed away from where Garcon will spend his time Sunday. He’s a good flex play and a great candidate to get his first touchdown of the season.

One Comment on “Fantasy Football: Start or Sit Pierre Garcon in Week Five?”