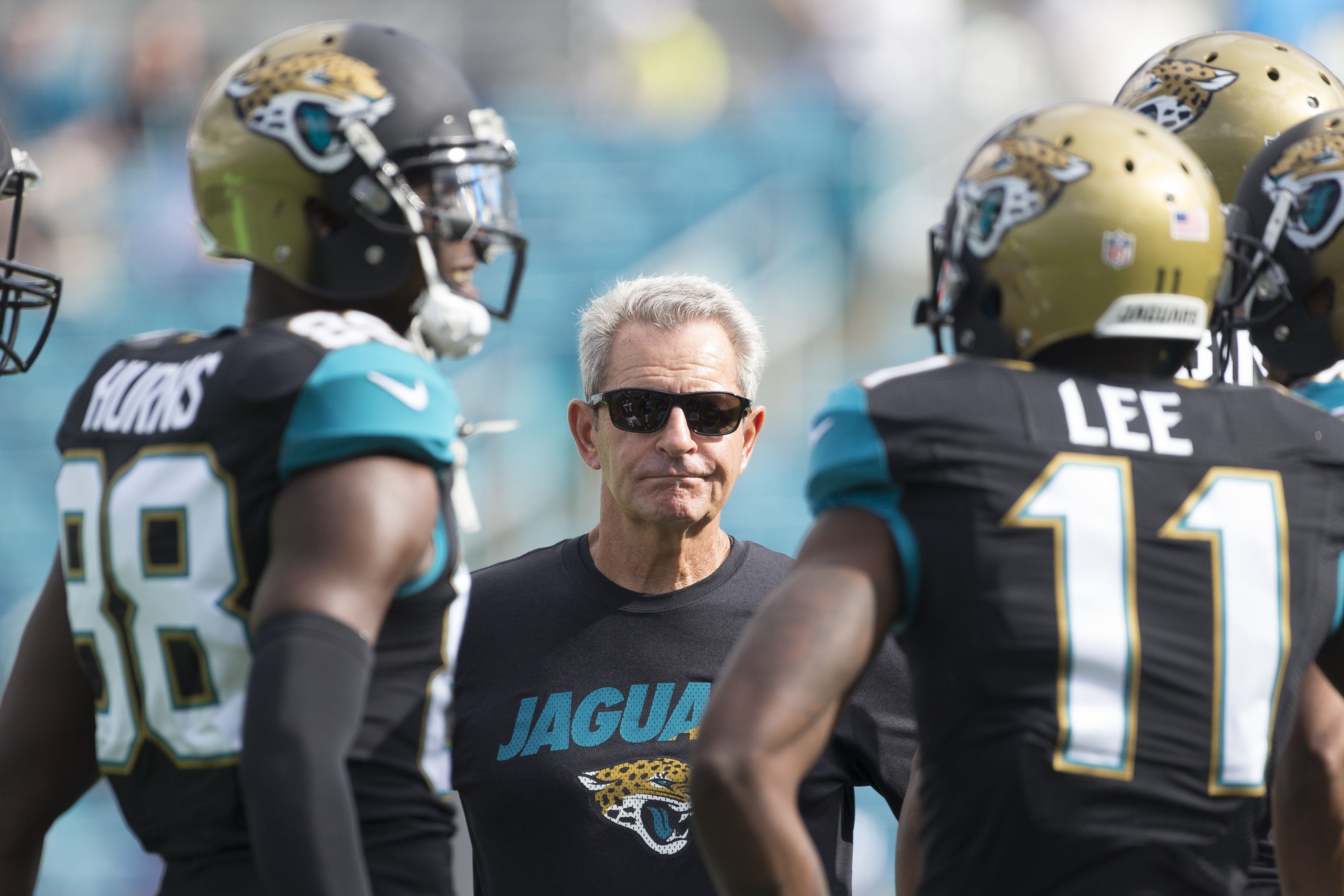 There was much ado about how the Jacksonville passing game would shake out after they lost Allen Robinson for the season in week one. Many fantasy football prognosticators spilled gallons of virtual ink over who would benefit from the Jags losing their top receiver. Now four weeks without Robinson, and we have hardly any more clarity or usefulness than we did the moment the Jags lost Robinson. Now they take on a tough pass defense in Pittsburgh. Is it worth starting either one of these Jaguars wide receivers in week five?

First, let’s look at their targets to determine who we would pick if we could. They both had four targets week one, when the Jags lost Allen Robinson, so that certainly helps nothing. Since then, Marqise Lee has twelve, seven and three targets, for a total of 22 targets. Hurns has seven, three and ten targets, for a total of… 24 targets. Ignoring the Ravens game in London that turned weird insanely fast, Lee out-targeted Hurns by a wide margin one week, and Hurns out-targeted Lee the other.

It’s hard to trust starting either receiver with confidence this weekend, given that you aren’t sure if you’ve bet on the “wrong” receiver. While Hurns has two touchdowns in three games, they’re notoriously fluky. They are both averaging just about four catches on seven targets. Lee has the higher yards per catch, but Hurns has those touchdowns. Good luck guessing who you should start.

But their opponent? Can they both ball out and make either one the right choice this weekend? Well… not really. The Steelers stifle opposing WRs at a rate exceeded only by the Jaguars themselves. So far this season, they’ve allowed two quarterbacks middling WR2 days against them, solely though touchdowns. Corey Coleman and Mike Wallace both crossed the plane and registered touchdowns, and double-digit fantasy point games against Pittsburgh. No other wide receiver exceeded 33 yards against them this season. Coleman and Wallace, for their touchdowns, only managed 53 and 55 yards, respectively. Granted, the Steelers pass defense has played the Browns, Vikings, Bears and Ravens. But this week… they get the Jags. Keep Hurns and Lee on your bench for now, and maybe let the go back to the waiver wire to clear you of a headache.

[NOTE: Since this piece was written, Marqise Lee missed multiple practices with a ribs injury. If he is OUT on Sunday, Allen Hurns makes a risky WR3 play due to the matchup. If he is active, the information above stands.]