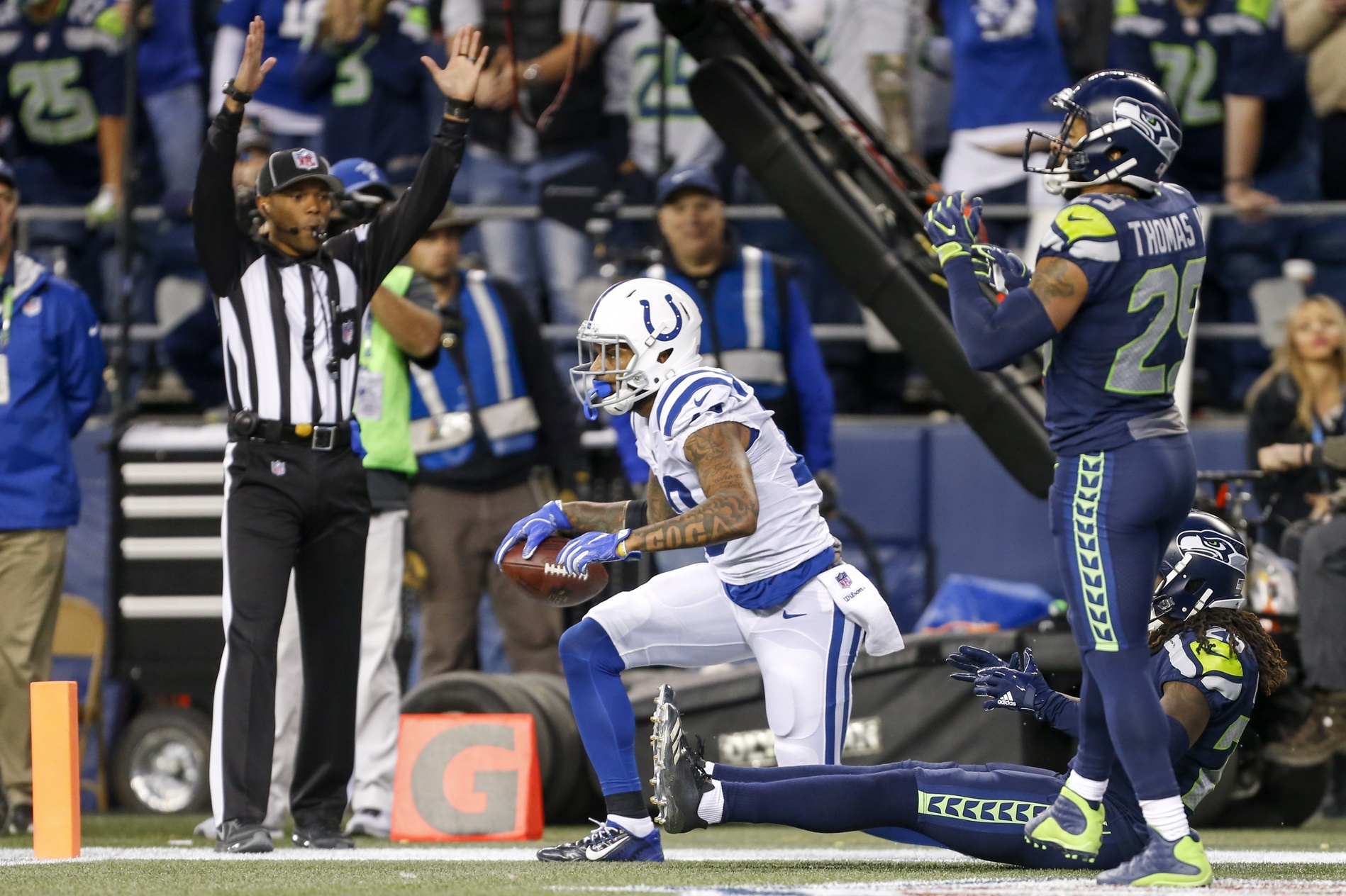 There are enough high-end fantasy football wide receivers missing this week due to byes that it’ll make your head spin. The Saints (Michael Thomas), Falcons (Julio Jones), Broncos (Emmanuel Sanders & Demaryius Thomas) and Washington (Terrelle Pryor) all take a rest this week and rob us of top-twenty receiving options. Do not fret, as there are decent options on the waiver wire and we are here to help. You can find the following receivers available in at least 50% of Yahoo! leagues and their week five matchups make them great streaming options. For the deepest of leagues, we target 90% availability, but this week we highlight a player available in 99% of Yahoo! leagues.

Donte Moncrief versus San Francisco (49% owned
Donte Moncrief misses Andrew Luck more than anyone. Usually a touchdown machine, Moncrief has just one score through the first four weeks of the season. Now the 49ers come into town with their offense that yields opposing wide receivers points at a clip exceeded by only five other teams. While T.Y. Hilton will be the biggest beneficiary, the San Francisco secondary is extremely banged up. That means second teamers trying to stop Jacoby Brissett’s passing options. Moncrief should find the end zone again this weekend against a bad and broken 49ers secondary.

Jaron Brown at Philadelphia (44% owned)
It’s been tough sledding trying to sort out the absolute mess behind Larry Fitzgerald in the Arizona receiving corps. The man previously known as the other J. Brown has put a stranglehold as the #2 wideout in Arizona, and he gets a matchup to feast on Sunday. After a goose egg week one, Brown has 29 targets in three games. Brown turned those targets into 205 yards and a score. The Eagles defense cratered in the last couple of weeks, allowing four games of at least 13.8 fantasy points in two games. He has the best chance of breaking out and becoming the hot waiver wire pickup in week six.

Trent Taylor (1% owned) at Indianapolis
The Colts have one of the worst pass defenses in the NFL, and will have their hands full trying to put their secondary cornerbacks on Pierre Garcon. Whoever ends up on the right side will be sacrificial lambs to Vontae Davis, leaving Taylor as the #2 receiving option. He has fourteen targets in the last two games, which he’s turned into 77 yards and a score. The seven fantasy points he could get you would be ideal streaming WR3 numbers. The Colts allow the eighth-most fantasy points to wide receivers so far this year.