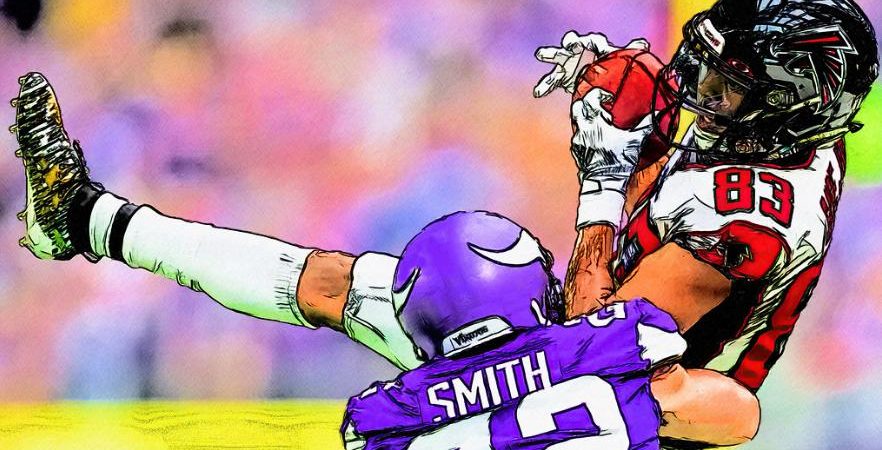 It’s that time of year once again! Football Absurdity will bring you a breakdown of every notable fantasy football-relevant player throughout June, July, and August. We continue with the wide receivers. Today, we take a look at a wide receiver who switched teams inside the NFC South this offseason, ditching the moribund Atlanta Falcons for the upstart Tampa Bay Buccaneers, who will have a new quarterback in Tom Brady after their old quarterback, Tom Brady, retired. What can we expect from Gage in his first year with the Buccaneers for fantasy football? Let’s take a look at his 2022 fantasy football player profile!

There’s a wide swath of people who are supremely confident that Russell Gage takes a big step forward into being a fantasy football difference maker, mostly because he’s knocked on the door for the last couple of years of his career, finishing as WR37 and WR38 in the last two years. So when I say knocking on the door, I mean he’s literally on the verge of being a top-36 wide receiver in each of the last two seasons.

That was with Matt Ryan, and not Tom Brady, which makes the big difference, here. Depending on how Chris Godwin’s recovery goes, it’s a situation where Gage will be the #2 target for a Hall of Fame quarterback who lost his favorite target ever, as well as a potential Hall of Fame wide receiver and a top-fifteen WR in the league (for a little bit, at least). So, it makes a lot of sense that people are excited for a receiver who has been on the periphery of fantasy relevance with back-to-back campaigns of at least 65 receptions and 660 yards, and four touchdowns. As I said, those were both on the edge of top-36 WR territory in full PPR, and we can all agree that Brady is an upgrade from Matt Ryan.

But, here’s the problem with a player on the edge of top-36 consideration at the end of the season: 17 (57%) of his games over the last two seasons have been outside the top-36, compared to just 13 games in the last two years with top-36 finishes.  When you take a player on the periphery, even an improvement just moves them from unusable to somewhat usable, not all the way to fantasy stardom. It’s because hovering just above the replacement level is barely different from hovering just below the replacement level.

There’s also nothing about Gage’s profile that suggests that he and Matt Ryan left anything on the bone last year, as his true catch rate is 36th, his catchable target rate was 20th, and his fantasy points per target was 49th. There wasn’t some sort of great travesty of justice in his skills in Atlanta. He was around WR36, and he should stay, at least, around WR36. But that’s where things get interesting.

Russell Gage Salary Cap Value: $1
Draft Ranking: Find out for your league settings in a Beersheet!

Russell Gage is currently $1.6 in salary cap drafts, and WR41, pick 96 by ADP. This should be considered his reasonable floor, depending on if Tom Brady and the Buccos collapse or not. If they don’t, Gage should return value on this ranking as a weekly WR3. Ideally, you don’t take him as your WR3, because taking a WR3 who is a WR3 is not value, it’s just putting together a fifth-place fantasy football team. If you can get him around WR41 as your fourth or fifth wide receiver, then you can take that profit all the way to the bank.

Tom Brady turns Russell Gage into his newest division-rival-turned-teammate and Gage becomes the new Wes Welker… just taller, and a different player. And he’s not white. Okay, he’s not Wes Welker, but he is a top-24 wide receiver.

Rob Gronkowski comes out of retirement, and so does Julian Edelman, Randy Moss, LeGarrette Blount, and Aaron Herna—okay, not that last one. Tom Brady makes the Buccaneers his greatest hits squad by finding the literal Fountain of Youth in Tampa Bay, relegating Russell Gage to the bench.