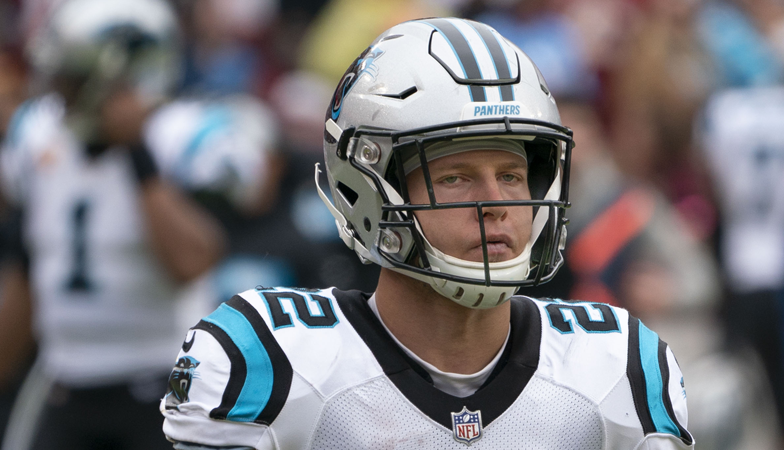 Over the last two seasons, no running back has been as dominant as Christian McCaffrey… when he plays. Due to various injuries, McCaffrey played over 40% of snaps just eight times in the last two years, but when he played, he was fantastic. In those games, he averaged 24.7 PPR fantasy points per game. Now, I know what you will say to this (because I backdoor farmed responses on Twitter for this): extrapolating games doesn’t work, Norv Turner isn’t his OC anymore, and it’s been 3 years since his last RB1 overall season.

Yes, yes, and yes. You are correct on all three fronts. However, the game extrapolation not working argument is something that comes from extrapolating sudden outbursts of production from a player who has never done it before. Christian McCaffrey averaged 29.3 PPR points per game in 2019, and then averaged 24.7 PPR points per game the next two seasons. His peak is already gone, sure, but his post-peak is still better than most people’s peak. I am not swayed by that particular argument.

I’m also not swayed by the Norv Turner argument because he hasn’t been CMC’s OC for two seasons, two seasons in which a healthy McCaffrey averaged those 24.7 points per game. Also, yes, it’s been three years since his RB1 overall season because he kept getting hurt. This is all triple dipping into the injury well, but people uncritically do this out of one side of their mouth while saying injury proneness doesn’t exist out of the other side. If McCaffrey’s past issues stemmed from injuries, and you don’t believe in past injuries being a predictor of future injuries, then there’s nothing about Christian McCaffrey that you shouldn’t like.

Christian McCaffrey Salary Cap Value: $60
Draft Ranking: Find out for your league settings in a Beersheet! (coming in early July)

So, here’s where things get tricky. I have Christian McCaffrey as the RB1 in my projections because I project assuming health. When healthy, there’s little doubt that CMC is a top-three RB at worst. But, by FantasyPros ADP, he’s currently the RB5 and the #6 pick off the board. I absolutely love that pick, and I will take it all day, every day. I would also take CMC at the top of the draft, as well. So, if your draft allows you to trade for picks, and you have the #1 overall pick, then try to work out a trade so a Taylorbot can take him #1 overall, and you can move back a few picks.

Christian McCaffrey returns to form as the RB1, and you got him at the RB5 price.

CMC played ten games over the last two seasons. The worst-case scenario is he keeps doing stuff like that and it tanks your fantasy teams.