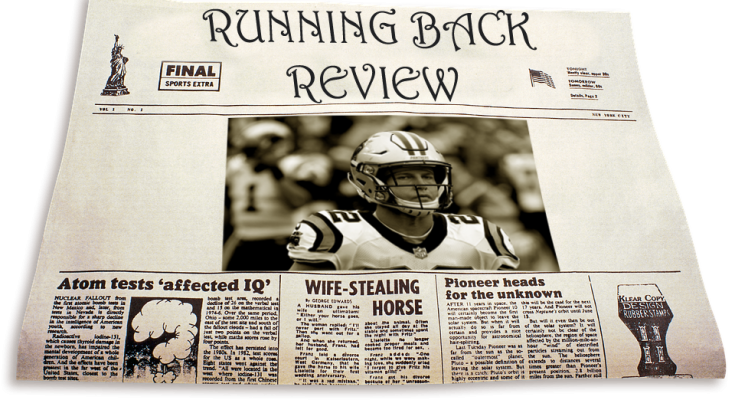 The Heinicke effect
Running back J.D. McKissic’s role on the Washington Football Team took a drastic turn this week and I think a large part of that is Ron Rivera’s game-planning for the new QB. People that drafted Antonio Gibson need not worry too much as he will still dominate the run game. But, J.D. McKissic will see a more pronounced pass-catching role. In PPR leagues, that is gold. In other Washington news on Monday, they had both D’Onta Foreman and Ryquell Armstead in the building. Given Gibson’s small injury week one and the number of injuries happening league-wide, I think this is a depth move more than anything to worry about

The 49ers running back room has been in chaos since

week 1, as of right now their top-five running backs are injured.  JaMycal Hasty has a high ankle sprain, Trey Sermon has a concussion and last week’s waiver wire darling Elijah Mitchell has a shoulder injury. And don’t forget about Raheem Mostert going on IR and Jeff Wilson, Jr. hitting the PUP list. Thankfully, Kyle Shanahan’s system can be used with just about any running back and it seems like that theory is going to be put to test this season.  Right now, I would be focusing on two players, the first is Kerryon Johnson. Second, if your league has an IR slot, pick up Jeff Wilson Jr. and stash him. Both would be somewhat of a flier right now, so consider your bench situation prior to jumping onto one of them.

The Jets’ offensive line isn’t ready for takeoff but for fantasy the backfield maybe. Another team dealing with injuries, but instead of to the running back corps, the injuries are to the line. Two offensive tackles are sitting

on the IR and what they put onto the field looks muddled at best.  But two leaders are starting to emerge in the running back room from the committee: Ty Johnson and Michael Carter. Both backs took the lion’s share of snaps and targets this weekend (45% each). Between the two I think Michael Carter looked more explosive. After the game head coach Robert Saleh gave both high praise. Each could be worth an add right now if you’re looking for some bargain-backs.

The Battle in Buffalo

The Zack Moss and Devin Singletary battle is alive in 2021. Devin Singletary emerged as the lead back in 2020 and this year most expected a similar run split between the two. But Moss is showing that all the hype he had going into the 2020 season had a little more fire to its smoke. I could easily see this as a 50-50 split, or one could take over the back field as a bell cow. My vote leans towards Zack Moss. This will be something to monitor as a fantasy football GM.

View all posts by Karl Leslie →