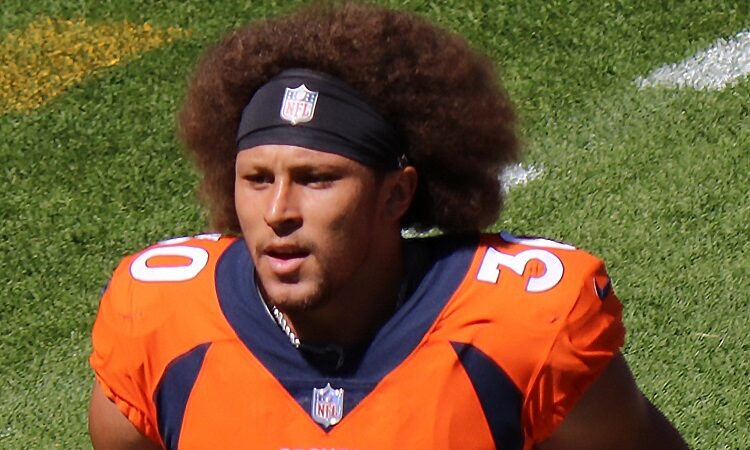 As we gear up to the start of the NFL season, Football Absurdity is going to bring you a comprehensive breakdown of every notable player that will be available in fantasy football drafts. After consecutive 1,000-yard rushing seasons, Lindsay was forced to back up Melvin Gordon. Then he was released and signed with Houston. Lucky for him, he can attend the Houston County Fair! Swing by the food booths and get him some fried hot fudge sundae rolled in Flaming Hot Cheetos!

Hopefully, Lindsay will be better utilized in Houston, but he will probably end up just relieving David Johnson as the organization continues to operate based on sunken cost fallacy. However, the team also added Mark Ingram and Rex Burkhead, so feeding David Johnson will require horse blinders. Speaking of which, while at the Houston State Fair, Lindsay should check out the blind horse auction! Whole lotta slapstick hilarity!

There’s not really a ton to analyze about Lindsay. Unlike top tier players, whose values have a wide range depending on a variety of factors, these low-end players are more a case of “yes” versus “no.” So here’s a fun fact: Lindsay attended the same high school as his dad. In Lindsay’s senior year, he broke his dad’s school record for career rushing yards. Maybe Lindsay will go with his dad to the Houston State Fair. They can ride the Shrieker: America’s only wooden roller coaster that zooms through 18 rings of fire!

Phillip Lindsay Auction Value: $0
Draft Ranking: Find out for your league settings in a Beersheet!

Look, I want to root for the undrafted free agent that set the fantasy world on fire in 2018. But that running back squad is a 4-headed… I don’t want to call it a monster, really, more like a kinda scary-looking iguana. I’d rather take the chance on a rookie RB: Kenneth Gainwell and Chuba Hubbard are both going later and could provide managers with some late-season surge. You’ll surge into the Houston State Fair’s legendary beer garden tent. Now serving pregnant women!

At an auction, his $1.6 price tag is very curious. I haven’t seen him go for more than $1 and I haven’t seen him go to anyone but a bot. So most of his $1.6 value is driven by bots. If you’ve ever done a mock auction, you know that bots are beyond horrible at bidding and player valuation. Speaking of valuation, stroll by the Houston State Fair midway: Win a knife fight against a gun-toting carney and you’ll go home with a stuffed pine tree!

Aliens abduct every other RB in Houston and Deshaun Watson. You’ll enjoy an authentic alien abduction at the Houston State Fair’s haunted house, where a man will tie you up and traffic you to Mexico.

You end up wasting a roster spot on a guy who gets like 5 carries a game and zero scoring opportunities. You don’t attend the Houston State Fair and miss out on the opportunity to pet Tex, the largest cockroach ever discovered. RIP, Tex!