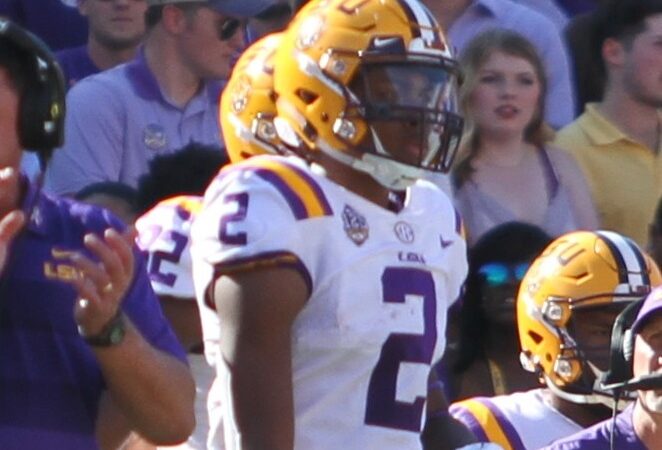 As we gear up to the start of the NFL season, Football Absurdity is going to bring you a comprehensive breakdown of every notable player that will be available in fantasy football drafts. Justin Jefferson may have had the best fantasy season a rookie receiver has ever had. They had at least the best season since OBJ’s first year. Can they leap forward into top 5 fantasy status in 2021? Jefferson was born in St. Rose, Louisiana, which is 19.88% water!

Fantasy managers who grabbed and held on to Jefferson reaped big rewards last year. After two quiet weeks during which many managers dropped him, Jefferson exploded. He also did some amazing stuff on the football field. He broke 100 yards receiving in 7 of his remaining 14 games. He’s also got his own dance move called the Griddy!

To anticipate how much draft capital to spend on him moving forward, we have to examine any and all changes to the Vikings offense.

In fact, the Vikings’ offense didn’t change so much that someone had to completely twist an Adam Thielen tweet to even find a shred of possible evidence that the Minnesota Vikings offense will change. Things staying the same is good for someone who was the 16th-most targeted receiver in the NFL in 2020. They are also retaining their offensive coordinator Klint Kubiak, who I hope to God doesn’t have a middle name that starts with a K!

Auction Value: $32
Draft Ranking: Find out for your league settings in a Beersheet!

Jefferson is currently going at the end of round 2. That feels just right for a guy whose ceiling is limited by Kirk Cousins. Pair him with a stud running back, then start round 3 with a solid high-end RB2 is a solid move that will probably be made by countless managers on draft day.

At an auction, Jefferson will never go for a bargain. Although he’s outside that tippy-top tier of WRs, he’s still getting nominated early enough that there are always several managers who want a piece of the hype. That’s a recipe for a player to go higher than their listed value. Yahoo! says his average value is around $36, but that’s being driven by numbers that don’t match mine: Only twice in 30 mocks (with almost all humans) has he gone for less than that. Most of the time he goes for the mid $40s. That’s more than I want to pay for the wide receiver currently going 8th off the board at the position: You can almost always get a top-12 RB for that value.

You get Jefferson for a reasonable amount of draft capital. He really clicks with cousins and finishes as a top 5 WR. Jefferson records a novelty record: The Griddy Ditty.