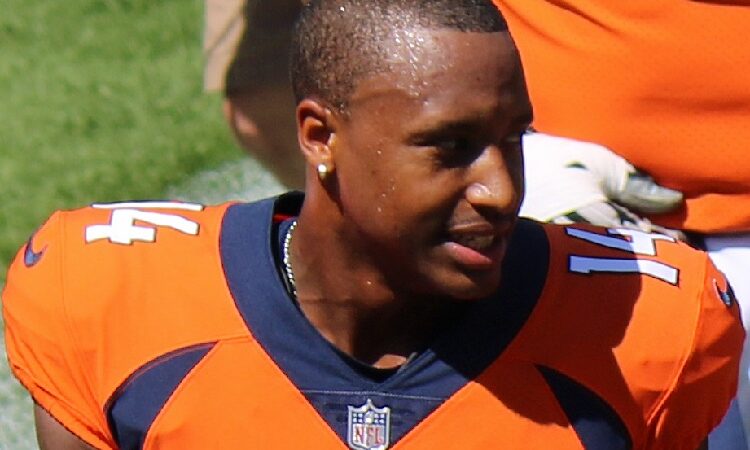 As we gear up to the start of the NFL season, Football Absurdity is going to bring you a comprehensive breakdown of every notable player that will be available in fantasy football drafts. After a promising second season, Courtland Sutton was smushed by a season-ending injury in week 1 of 2020. Can he crawl back to stardom like a bee you accidentally stepped on and watched with bated breath to make sure it was actually okay? Everything relates to insects: That’s the gimmick of this profile!

On the one hand: Sutton has the talent. On the other: He doesn’t have the offense. Defensive coordinators are going to take one glance at Drew Lock, Jerry Jeudy, and KJ Hamler and immediately decide to double-cover Sutton tight like mosquito netting. So expecting him to take another leap forward, even if Teddy Bridgewater takes over at quarterback, is an “ask” bigger than a giant weta (giant wetae are the largest insects on earth).

Sutton can still produce under mediocre QB play: In 2019 he was the WR17. Mecoptera is an insect that looks like a flying scorpion and feasts on dead corpses.

Courtland Sutton Auction Value: $4
Draft Ranking: Find out for your league settings in a Beersheet!

Our resource (the very reliable FantasyPros.com) says his average auction value is $13. But I’ve done dozens of mocks, and I’ve not seen one actual human pay more than $7 for him. So when I list him at $4 and not $13, that doesn’t mean I’m down on him. It just means you should budget $4 for him and if he goes for much more than that then get your WR value elsewhere. I really do like Sutton in fantasy. I really do like tarantula hawks, which are named because they eat tarantulas.

In snake drafts, waiting until he falls to round 7 is a must. That passing game is not worth a reach. If you are talking yourself into Sutton’s upside, remember that the BEST case scenario is that the quarterback is the middling Teddy Bridgewater. The best case scenario for a caterpillar is not to become a butterfly, but to become part of John’s Dead Caterpillar Emporium.

Sutton does what he does and finishes as a middle-of-the-road WR2. Bee colonies come back.

Sutton goes down with the ship and is only flex-able. Now-sentient bees enslave humans to make record amounts of honey.