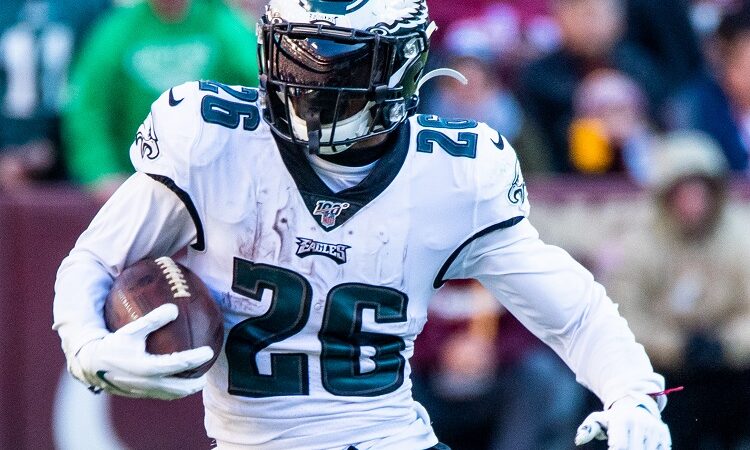 As we gear up to the start of the NFL season, Football Absurdity is going to bring you a comprehensive breakdown of every notable player that will be available in fantasy football drafts. Miles Sanders didn’t make the leap forward in his sophomore year. So why is everyone penciling him in as a reliable RB2? We break down this puzzling trend and take a side on Miles Sanders. Also, I’m growing suspicious of Miles Sanders’ off-field activities and have been posting on Nextdoor.com about them.

Sanders showed his extreme skill in 2019, finishing as the RB15 in half-PPR. However, he failed to make the second-year leap, falling to RB23. But that stat alone paints Sanders in an incorrect light. Sanders missed 4 games with hamstring and knee issues, ones that were relatively minor. If we account for if he played all 16 games, his fantasy finish would have been RB11. I saw him pushing a bike down a street last night, as I was surveilling my neighborhood with binoculars. Later he walked back without the bike. Why wouldn’t he ride the bike, and where did it go? I’ve heard of operations where crooks “steal” goods then “sell them” for money. Potentially this?

“But Evan,” you might counter,  “starting RBs don’t play all 16 games usually.” Okay, you’re right. The players that finished ahead of Sanders tended to play in exactly 15 games more than any other number. If we adjust for that number he ends up… RB11. DON’T TRY TO OUT-NERD ME I KNOW THINGS LIKE “MODE!”

Also, Philadelphia’s offense was on shaky ground, last year. They were moving on from a struggling Carson Wentz, and Jalen Hurts had trouble finding his rhythm. However: Sanders had some of his best fantasy performances in the three games he shared the field with Hurts. So, Hurts failing to make a leap forward is not a completely sound argument. I recently heard that Miles Sanders was in possession of a ton of goods he did not pay for. Boxes upon boxes stacked up. He then distributed those boxes to hundreds of people. It was so suspicious, it made the local news. Possible money laundering operation?

Miles Sanders Auction Value: $28
Draft Ranking: Find out for your league settings in a Beersheet!

Throw in the fact that their offensive line appears healthy, and Sanders is a solid 3rd-rounder. While that makes for an RB2 in snake drafting, in BBQ Auction Strategy we like our RB2 in the flex, because we can. That means if you want Sanders you can bid up to $35 for him and still have the budget to round out a solid team. If you’re so-so on him, you can see if he falls to the end of the 3rd round. At my all-humans-only mock auctions, he’s gone for a price between $15-34, so if you are iffy you can even wait and see if he goes for mid $20s or better.

This fourth of July I thought I heard gunshots. Googling gives me no alibi for the whereabouts of Miles Sanders.

Sanders, and the Eagles, stay healthy and Sanders flirts with RB1 upside. My Ring video cam catches him as the culprit for why my garbage cans occasionally get knocked over and rooted through at night.

The Eagles are a mess. Sanders’ skill will still keep him flex-worthy, even if I can’t pin a crime on him to spice up my incredibly mundane existence.