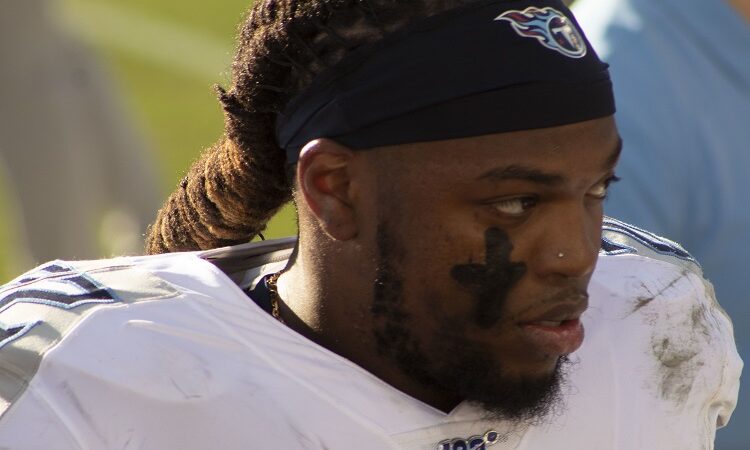 As we gear up to the start of the NFL season, Football Absurdity is going to bring you a comprehensive breakdown of every notable player that will be available in fantasy football drafts. Derrick Henry was the top-scoring fantasy back in 2020. Will Henry follow up his 2,000 yard season with another top 3 fantasy finish? Or will his 7.14 million regular season touches make 2021 his expiration date?  Also, I do not have an addiction to Frito Lay products. They’re a subsidiary of PepsiCo!

That’s why I always buy two bags of all Frito Lay products. I’m not addicted, I’m a potential victim!

Here’s the thing about Derrick Henry: The offense stays pretty much the same, just like the consistently delicious flavor of Frito Lay products. That means the Titans should continue to lean on the run like these player profiles lean on my near-constant real-life meltdowns for material.

Getting back to Derrick Henry’s usage, the flip side is that Henry had 380 touches in the 2019 season (if you include the post-season), and still managed to shoulder a huge workload. It’s definitely an issue with strong arguments on both sides. It’s too bad they can’t be more like Frito Lay, who lets you get the best of both sides with their fully-customizable make-your-own-variety-pack box. But then when I try to fill it with half-Cappucino and half Sweet and Sour Fish Soup potato chips, there’s no button.

When I politely call the customer service line provided, they try to tell me that they aren’t available because I don’t live in China and also it’s not 2012. Then when I say “why can’t you go back to 2012? You’ve got back stock I’m sure. There’s no way you sold out of Lay’s Sweet and Sour Fish Soup Chips and Cappuccino Chips, those can’t be big movers!”

Auction Value: $64
Draft Ranking: Find out for your league settings in a Beersheet!

Then they tell me to check eBay,  Then I say I checked ebay, and they weren’t available, and also an offensive pop-up for pornography played. They reply have you checked eBay in China, I think they called it Ali Express, and also Ebay.com shouldn’t have pornography pop-ups. Then I say it definitely did pop up. Then they say my browser was probably infected. I say how could it possibly be infected?

Then they say it often happens when you are surfing pornography sites. I say, EXCUSE ME!? Then they say nothing. I say I need to talk to your manager. Then when their manager comes on I politely say that their employee said I got an infection from pornography and I will sue unless they can get me a variety pack of half Cappuccino half Sweet and Sour Fish Soup potato chips. Then their manager says “I’ll have the warehouse take a look and call you back.” Then he hangs up “accidentally” and never calls me back?!

Our own Bryan Sclar took a look at all the running backs who had 400+ touches going back 15 seasons. All of them regressed significantly in the following year. Sure, Henry might not regress, but there are six out of six data points that say he will. That’s a risk I’ll take in the middle of the first, but not the top 5 picks.

If you disagree and like Henry, that’s totally fine. This isn’t like the Frito Lay customer service line fiasco, we’re cool. But be prepared to pay $65-$70. He’s going for over $70 on average. In my many mocks, he usually goes for $65-$75. However, I once got him for $59 and once saw someone pay $77. That’s with all-human team managers, zero bots.

Derrick Henry falls to you for mid-first/low $60s value and runs back the production he had in 2020. My order of ten cases of plain Lays potato chips, hot and sour soup mix, and tropical fish food flakes pays off with delicious dividends.

Henry has the regression. I drive to your office to say I told you so, as part of some complicated harassment scheme to get you to drive to China for me.